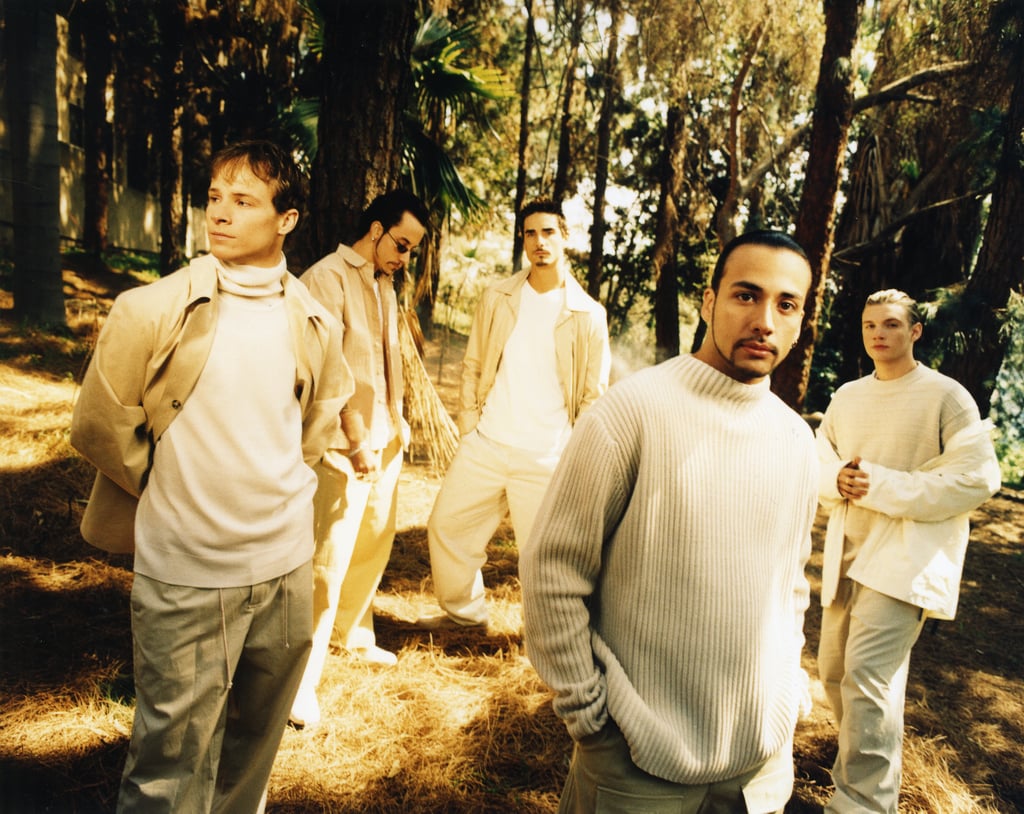 Hold up — how has it already been 20 years since Backstreet Boys released their Millennium album? The band debuted their third studio album on May 18, 1999, and wow, that just made me feel old. It seems like just yesterday I was putting on concerts for my mom in the living room as I danced around and sang along to "Larger Than Life," "I Want It That Way," and "Show Me the Meaning of Being Lonely." Well, I guess not much has changed, only now my audience is my boyfriend.

As a devoted BSB fan, I'll be celebrating all Millennium week long by jamming out to their biggest hits on Millennium Match, which dropped on Monday. Millennium Match is a playlist generator that analyzes my Spotify streaming history and matches me up with a playlist of BSB songs inspired by one of those tracks. Of course, I've already sent the Millennium Match to all my friends so we can compare playlists. I got "The One."

Special anniversary music videos are also being released throughout the week on YouTube, and if they're anything like the one for "I Want It That Way," get ready for some juicy secrets! Oh, and you know I already preordered the new limited-edition Millennium vinyl record, which gets released on Aug. 16. Happy Millennium week, indeed!

Related:
The Backstreet Boys Are Going on Tour, and They're Bringing This 1 Special Guest With Them
Previous Next Start Slideshow
NostalgiaMusicThe '90sBackstreet Boys

Music
Chlöe Opens Up About Owning Her Sexuality: "I'm Learning It's OK to Be Who I Am"
by Princess Gabbara 15 hours ago

The Weeknd
The Weeknd Teases a Collab With Swedish House Mafia, and My Body Is Ready
by Monica Sisavat 17 hours ago