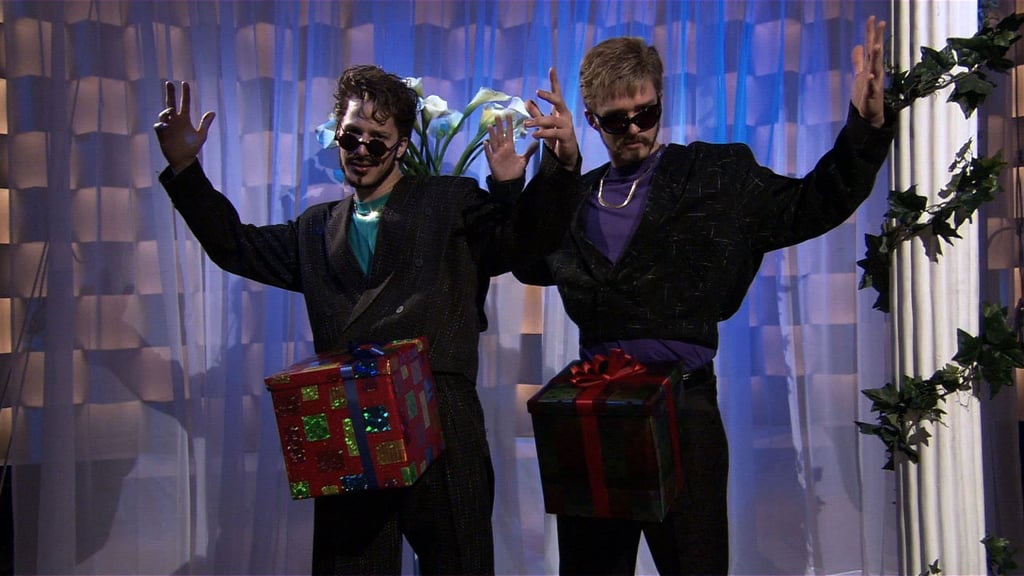 When we found out this week that comedy troupe The Lonely Island would be making a movie, we thought, of course. The group rose to fame as the purveyors of Saturday Night Live's digital shorts, which have gotten people talking (and rewatching) since the first one premiered in 2005. Sure, some are better than others, but when a Lonely Island digital short was good, it usually became a pop culture phenomenon. Though there's not a lot known about the movie that Andy Samberg, Akiva Schaffer, and Jorma Taccone will make, we know it will be awesome. Here's our proof: the 10 best, most memorable Lonely Island videos, from the original songs you still love to the so-silly-they're-genius skits.

Netflix
Netflix Hasn't Renewed Selling Sunset For Season 4 Yet, but the Cast Members Seem Hopeful
by Brea Cubit 5 hours ago

Music
Music Mood Board: Bass-Infused Bangers That Put Your Speakers to the Test
by Brea Cubit 7 hours ago

Netflix
Do Harlan's Powers Mean He Could Play an Even Bigger Role in The Umbrella Academy Season 3?
by Grayson Gilcrease 9 hours ago