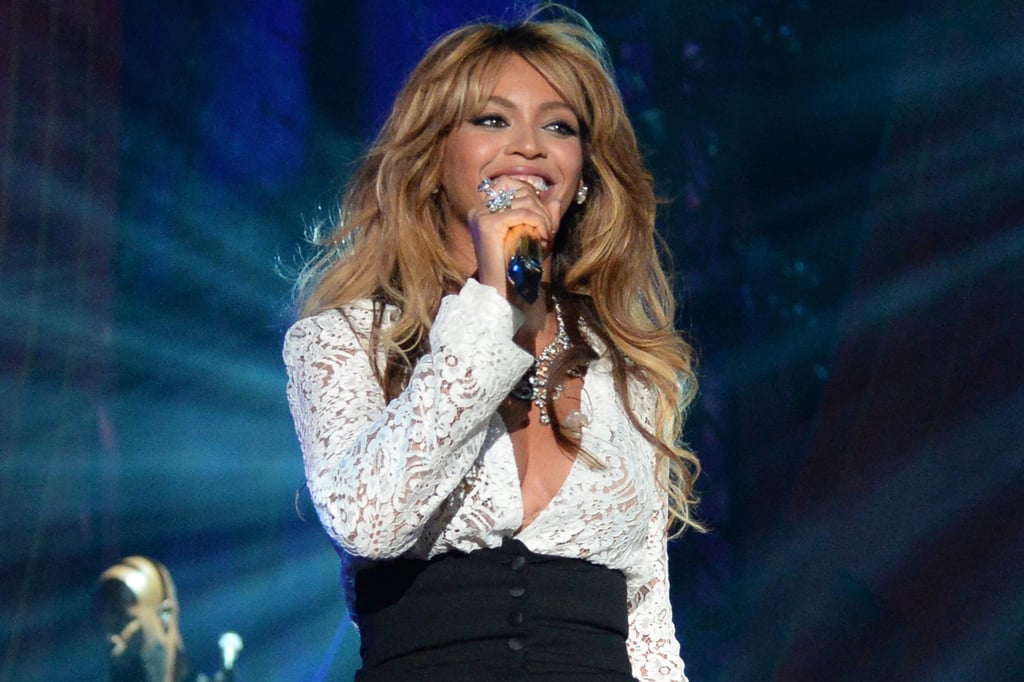 It's been nearly a year since Beyoncé released her self-titled album, and finally, the entire album is available on Spotify. Previously, several of the singles, including "Drunk in Love" and "XO," were on the music-streaming service, but now you can enjoy Beyoncé (Platinum Edition) in all its glory, from start to finish. The new edition of the album includes two new songs ("7/11" and "Ring Off") plus remixes from Kanye West, Pharrell, and Nicki Minaj. The move comes just weeks after Taylor Swift pulled her entire catalog of music from Spotify. Last week, Beyoncé released a low-budget (but fantastic) music video for "7/11," and this news is just the icing on the cake. Listen to the full album below!

Music
Kelly Clarkson Covered Post Malone's "Circles," and, Well, We're Not Not Into It
by Kelsey Garcia 1 day ago

Cynthia Erivo
Cynthia Erivo Performs a Gorgeous Rendition of "Summertime," and Her Vocals Are Unparalleled
by Brea Cubit 2 days ago