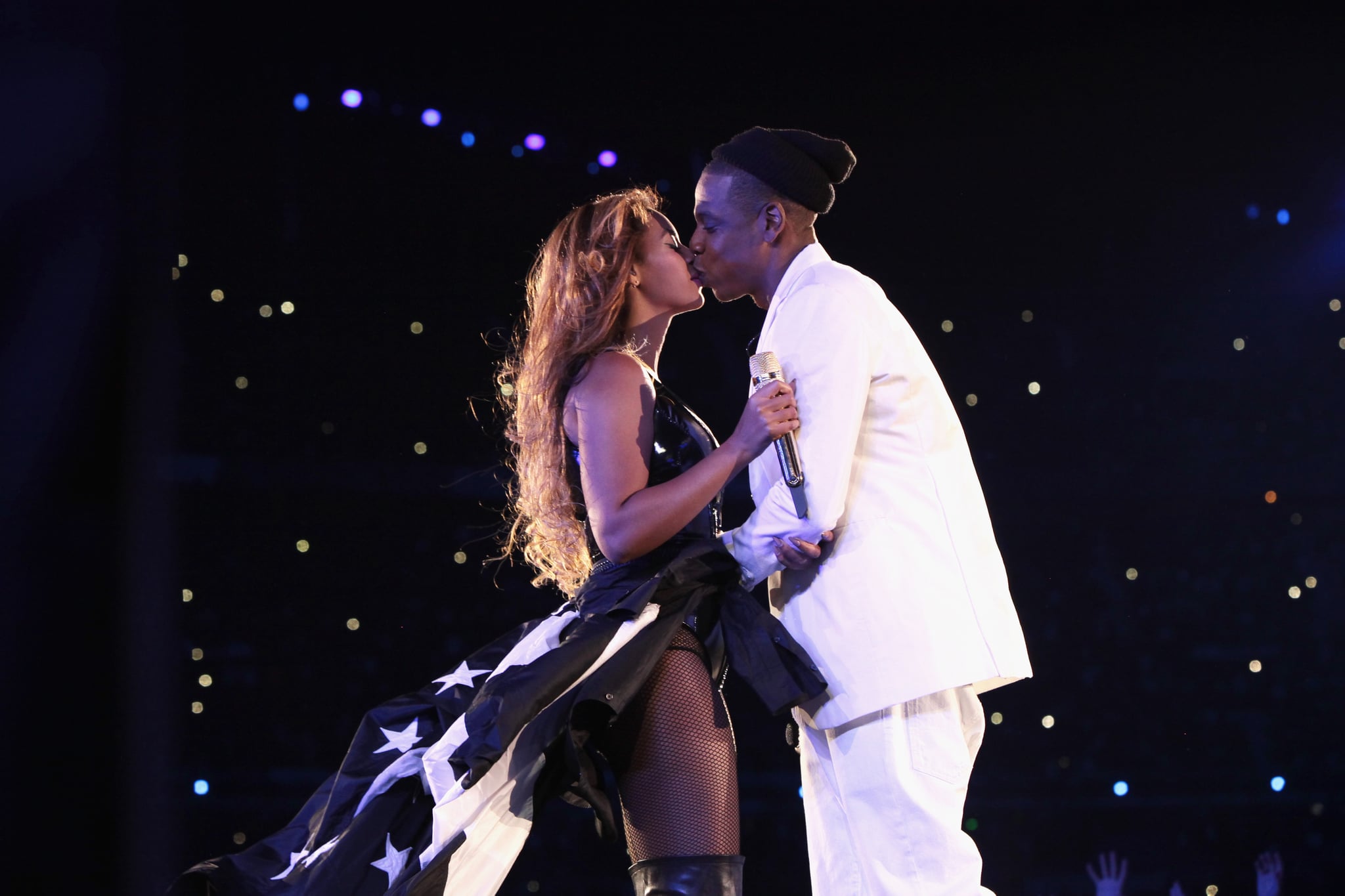 It's official: Beyoncé and JAY-Z are going on tour again! Following rumors earlier this month that the power couple would be launching a continuation of 2014's On the Run tour, Beyoncé made an official announcement on Instagram. On March 12, the 36-year-old star shared two black-and-white photos and a mesmerizing video containing prior tour footage and personal home videos set to "I'm Still In Love With You."

The stadium tour will take place across the United States and Europe, beginning in Cardiff, UK, on June 6 and ending in Vancouver on Oct. 2. Tickets will officially go on sale on March 19 and presale tickets will be available on March 14.

Original story:
It's been four years since Beyoncé and JAY-Z hit the road for their joint On the Run tour, and it seems like we might soon be getting a continuation of it. On March 5, the potential first date of the On the Run 2 tour was momentarily listed on Ticketmaster and Beyoncé's official Facebook page. Dashing dreams everywhere, the listings were promptly deleted.

So, what is going on? The now-deleted listings said the tour would begin on July 30 at the Lincoln Financial Field in Philadelphia. JAY-Z routinely performs at the Made in America Festival in Philadelphia, however the festival typically takes place later in the Summer over Labor Day weekend.

UMMMMM SO BEYONCÉ JUST ADDED THIS EVENT ON TICKETMASTER??? pic.twitter.com/OWkJ4R5yZm

People spoke with a source who said the tour is in the plans for the family. "They are incredibly excited," they said. "It took a lot of work to make this happen. It's the best choice for their family." Beyoncé and JAY-Z will also be accompanied by their three children: Blue Ivy, Sir, and Rumi. "They will all travel together and have a fun family adventure," People's source said. Hopefully we'll get an official announcement soon!