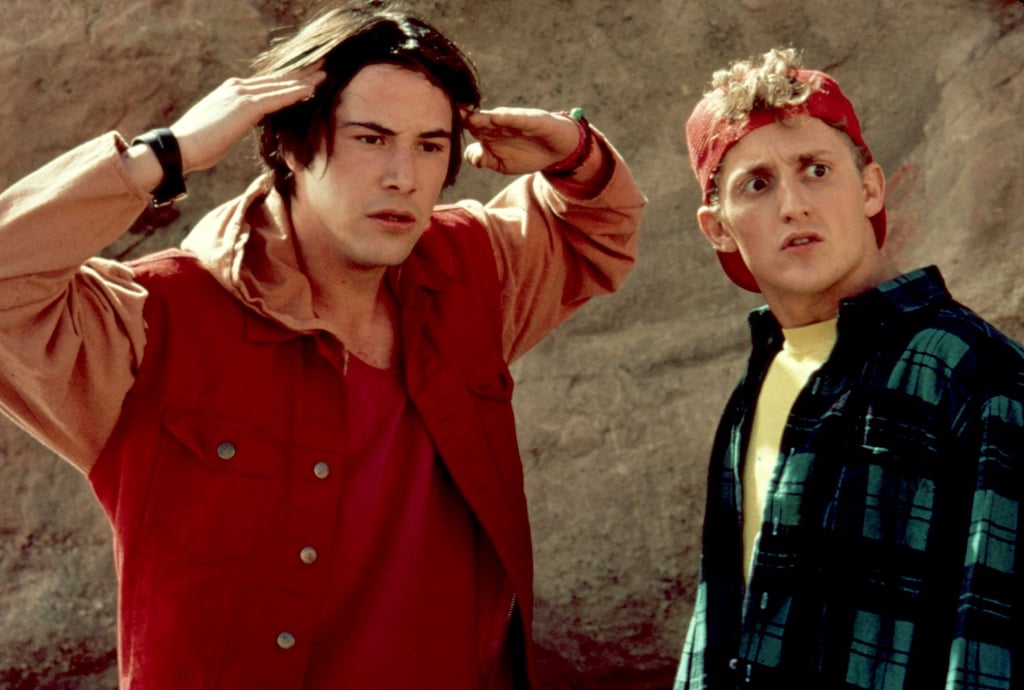 A new Bill & Ted movie in the works? Excellent. It was first announced back in May 2018 that the original stars, Keanu Reeves and Alex Winter, would return to star in a new film, which was being promoted at Cannes under a working title. Now, almost a year later, Reeves and Winter have announced that production is officially underway for Bill & Ted Face the Music. They also announced that the film has a release date of Aug. 21, 2020.

While Reeves seemingly refuses to age, his character won't be a teenager in the new installment of the nostalgic '80s franchise; the upcoming film will follow Bill and Ted as they strive to fulfill their "rock & roll destiny." The two embark on another excellent adventure to create the perfect song — despite reaching middle age — after a visitor from the future warns them that their song can bring harmony to the universe.

Read more about the Wyld Stallyns' next adventure ahead, then revisit your other favorite '80s movies to feel a serious rush of nostalgia.

Related:
14 '80s Movies You NEED to Show Your Kids Today (and Not a Disney Movie in Sight)
Previous Next Start Slideshow
Keanu ReevesNostalgiaMoviesThe '80s
Around The Web

Gregg Sulkin
Yes, Please! Justin, Harper, and Mason From Wizards of Waverly Place Had a Magical Reunion
by Chanel Vargas 15 hours ago

Beyoncé Knowles
Yes, Black Is King Is a Reimagining of The Lion King — Did You Catch All the References?
by Amanda Davis 16 hours ago

Celebrity Couples
Single or Taken? A Breakdown of the Work It Cast's Current Relationship Statuses
by Monica Sisavat 1 day ago

Joey King
If You're on Team Marco, You Have to Watch This Behind-the-Scenes Clip Joey King Just Shared
by Yerin Kim 2 days ago