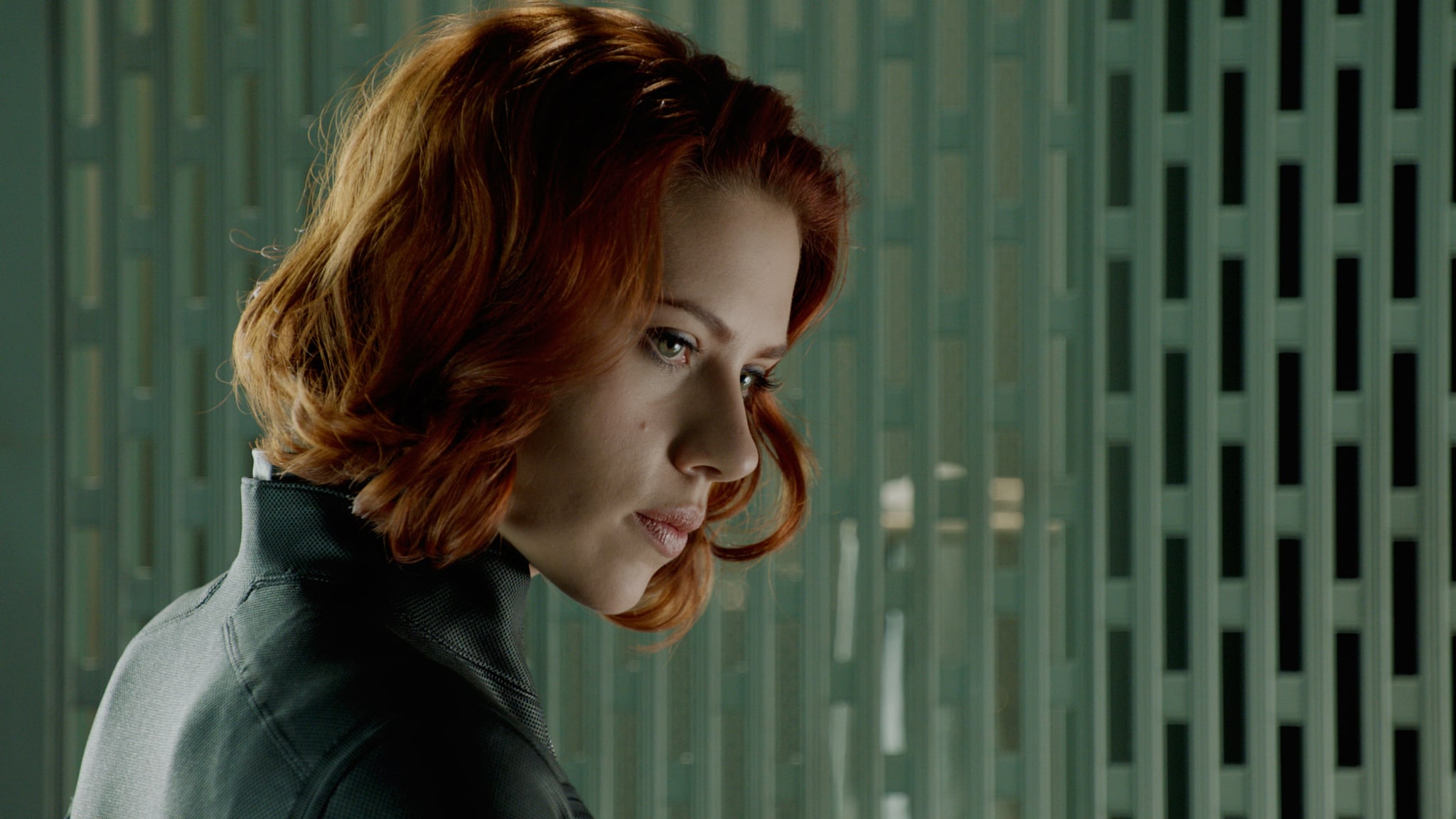 It's official: Black Widow is getting her own stand-alone Marvel film! The game-changing news came all the way back in January 2018, but after a star-studded San Diego Comic-Con panel on July 20, fans have even more details about Natasha Romanoff's story. Newly announced cast members David Harbour, Florence Pugh, Rachel Weisz, and O-T Fagbenle joined the movie's lead, Scarlett Johansson, to shed some insight on this highly anticipated flick, set to hit theaters on May 1, 2020.

After almost a decade in the MCU, Johannson finally has the opportunity to tackle Natasha's fiery spinoff. Johannson told Entertainment Weekly that Black Widow finds Natasha in a "dark place" with "no one to call and nowhere to go." She's joined by Pugh's Yelena Belova, who will be a "sister figure" to Natasha — although the first clip shown at Comic-Con audiences featured a fight scene between the two. Meanwhile, Fagbenle will tackle Mason, a contract with a romantic interest in Natasha, and Weisz will play Melena, a character who has also been through the Black Widow training program. Harbour rounds out the crew as Alexei, aka the Red Guardian.

Johansson, who has appeared in seven movies as the heroine, is also getting a pretty hefty — and well-deserved — paycheck for her appearance in the movie. Just like Chris Evans and Chris Hemsworth made for playing Captain America and Thor, respectively, in Avengers: Infinity War, Johansson will take home $15 million according to The Hollywood Reporter.

When it comes to Black Widow, there's an extra piece of exciting news: not only will a woman take the lead on writing the screenplay, but the film will also be the second Marvel film directed by a woman. The Hollywood Reporter revealed that Cate Shortland, director of the Nazi drama Lore, signed on to direct the stand-alone film on July 12, with TiMER writer Jac Schaeffer penning the script. Shortland was tapped after a search of over half a year, with Marvel meeting over 70 directors to find the right fit.

Black Widow is reportedly taking place before the first Avengers movie, so we'll likely get to see a bit of the spy-turned-heroine's origin story, as well as how she came to work with SHIELD (and the return of her red hair!). No further details about the project are currently available, but given the fact that both Wonder Woman and Captain Marvel dominated the box office (and Scarlett Johansson has been playing the character since 2010), it's about time Marvel gave us the superhero film we've been begging for.