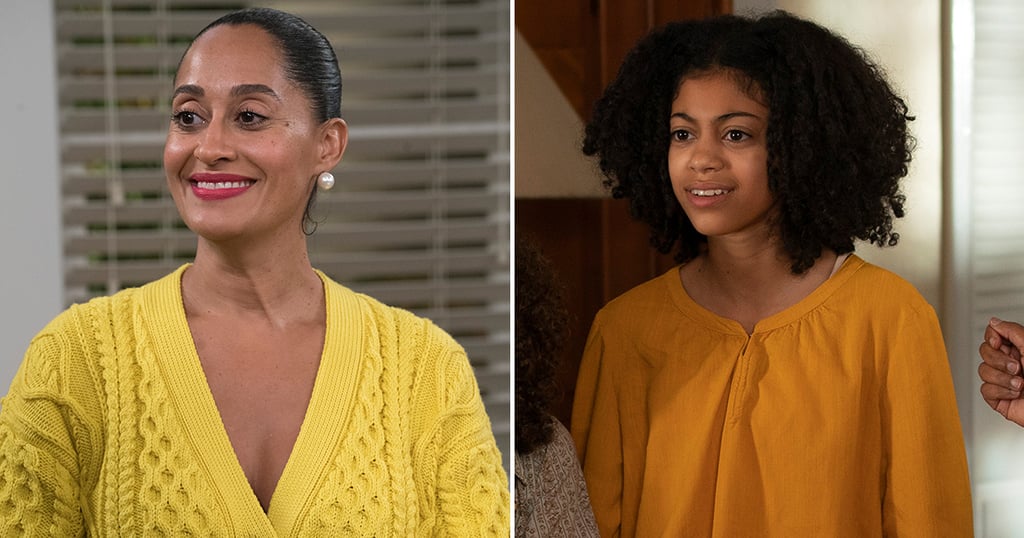 It's a Little Rainbow! Get Your First Look at the Upcoming Black-ish Prequel Episode

Rainbow Johnson is arguably one of the best TV moms around, and after five seasons of trying to keep her family in line on ABC's Black-ish, we're finally getting to know more about her life as an individual. In the upcoming episode entitled "Becoming Bow," the Jonson family matriarch gets a prequel story that explains her interesting origins.

According to the official synopsis, the episode begins with the Johnson children questioning their mother's unusual upbringing in a commune. A flashback to the '80s reveals that 12-year-old Rainbow lives in a commune with her family until it's unexpectedly raided, prompting them to move to the suburbs. The family has difficulty acclimating to the mainstream way of life, and Bow and her siblings struggle to fit into their new school. We don't want to make assumptions, but we're going to guess their sense of fashion plays a part in the grand scheme of things.

The episode — which will probably also serve as a backdoor pilot for another potential spinoff series — stars Arica Himmel as Young Bow and The Haves and the Have Nots' Tika Sumpter and former Champions star Anders Holm as the young versions of Bow's parents. (The two are played by Anna Deavere Smith and Beau Bridges on episodes of Black-ish.) Gary Cole also stars in the episode as Bow's paternal grandfather, as well as Ethan William Childress, Mykal-Michelle Harris, and Christina Anthony.

Check out the photos from the upcoming episode ahead and tune-in for a "double Rainbow" when it airs on ABC on Tuesday, May 7.

ABC
Will the Queens Make Another Comeback For Season 2?
by Njera Perkins 6 hours ago