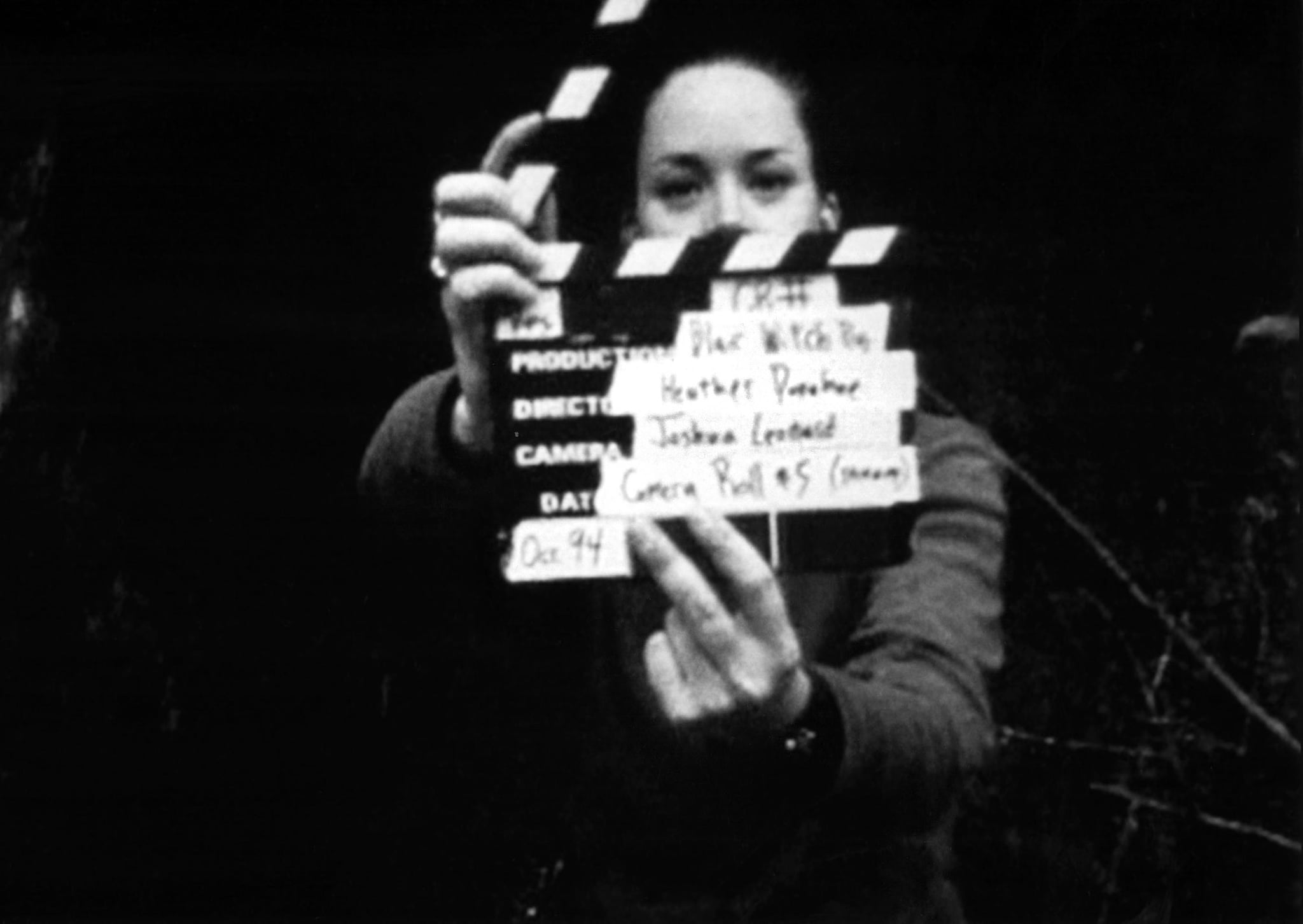 After 17 years, the Blair Witch is making her triumphant return to the big screen. The sequel to The Blair Witch Project, called Blair Witch, follows the younger brother of Heather Donahue, the original documentarian who vanished while pursuing the iconic witch back in the '90s. Even though we've only gotten a few spare anecdotes about the infamous forest-dwelling entity, the information we have gotten is pretty chilling even if the entire film — and by that extension, the legend of the Blair Witch — is completely fictitious. Even so, a scary story is a scary story, and if you're looking for the information you need to know ahead of the next installment, look no further.

The Story of Elly Kedward

According to the mythology on the official Blair Witch website, the story of Elly Kedward begins in 1785. As the story goes, the town's children claimed Elly had drawn blood from them in her home. They hastily accused her of witchcraft, and sentenced her to death. They didn't just banish her to the woods during that harsh Winter, though. They tied her up out there and left her to die of exposure. When they went to find her come Spring, she had vanished.

Those who accused and persecuted Elly began to disappear. Before long, more than half the town's population was gone without a trace. The remaining members of the town fled, worried a curse had been laid on the region.

Related:
4 Urban Legends That Could Have Inspired the Blair Witch

The First Manifestations of the Curse

Burkittsville, MD, is the town that was founded in 1824, on the remnants of the abandoned Blair community. The next year, scores of witnesses claimed a hand emerged from a local creek and pulled a young girl in. Her body was never recovered.

In 1886, a young girl vanishes, and the town sends several search parties in to find her. Even though she returns safely, one of the search parties does not. Their bodies were later discovered at Coffin Rock; their arms and legs had been bound together, and they'd all been disemboweled.

During the "documentary" crew's interviews with the Burkittsville locals, we hear the story of Rustin Parr. A store clerk says Mr. Parr was "an old hermit." In 1940, seven children went missing in town. The clerk says, "Finally, one day, old Mr. Parr came down into the market, and said, 'I'm finally finished.'" The police searched his house and found all seven bodies. Another local man says in his interview: "What he did was, he took the kids down into the basement by twos. He made one face into the corner, and then he would kill the other one. And then when he was done with that, he'd grab the one out of the corner and kill that too." According to Parr, the voice of an old woman in his head had commanded him to kill the children.

There's one living woman who's claimed to have seen the Blair Witch, and her name is Mary Brown. The crew tracks her down and interviews her, asking for her to recount what she'd seen. Mary claims the witch's entire body was covered in horse-like hair and she wore a wool shawl. She remained silent and only stared.

As for what the filmmakers encounter, according to their footage? Well, we never get to see the witch. We see the strange stick people and the piles of rocks she leaves near their campsite. We hear the strange, haunting sounds of clicking at night. And, of course, we see the old, dilapidated house in the final sequence. The witch seems to operate just like old man Parr; she makes one victim stand in the corner while she takes care of the other. Legend has it you can't lay eyes on her. That's when she takes your life.

Family Life
Teens Can Probably Watch The Woman in the Window, but Be Aware of These 5 Things
by Amanda Prahl 13 hours ago