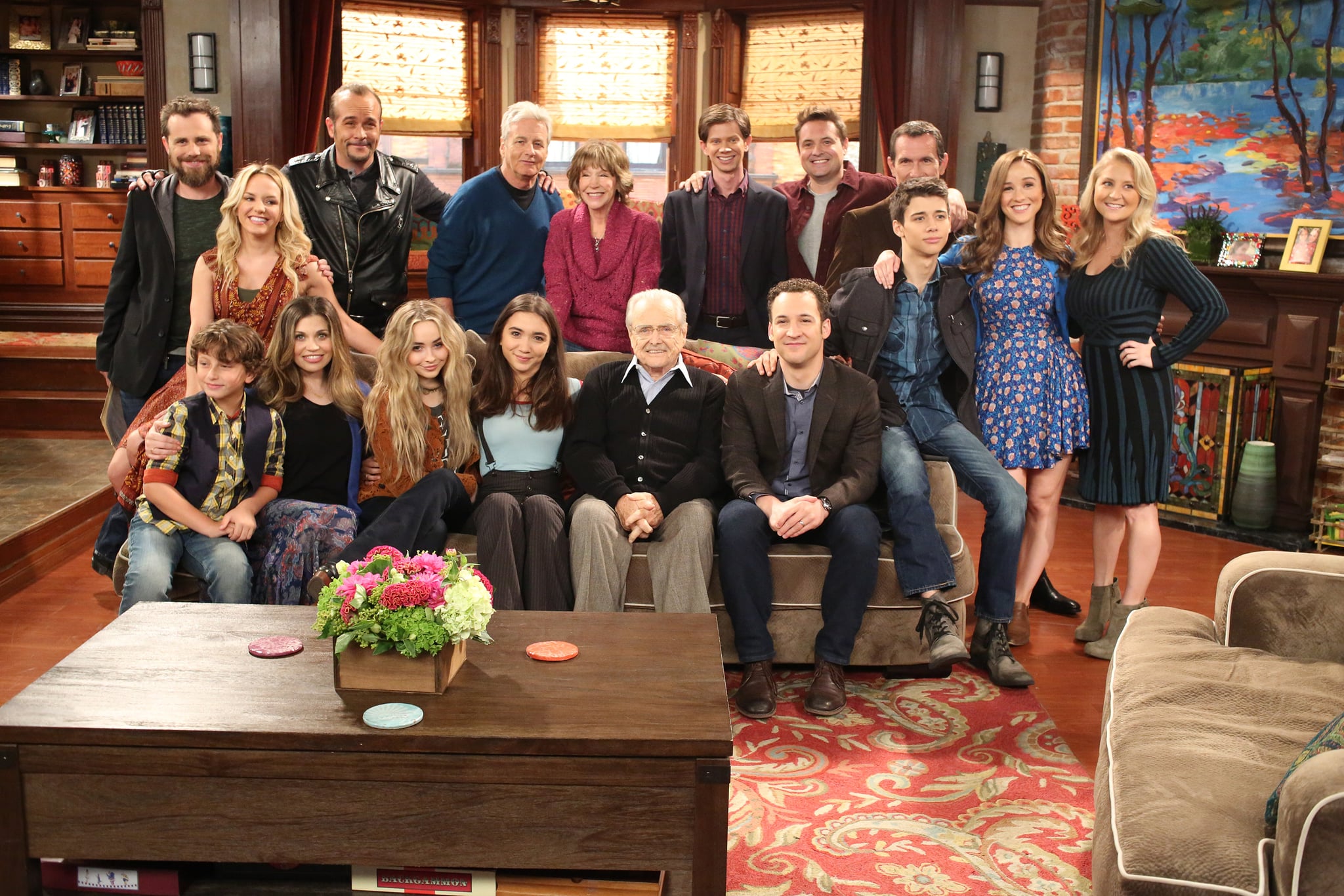 If you were a fan of Boy Meets World growing up, then get ready for the ultimate throwback. Disney's spinoff series Girl Meets World is gearing up for its season three finale, and they're making it one big reunion. The show's writers revealed the exciting news on Twitter, simply writing, "Feeny. Turner. Shawn. Eric. Alan. Amy. Minkus. Harley. Both Morgans. All stop by and help us make a decision." That's right! Not only will Mr. Feeny and Eric Matthews make another guest appearance on the show, but both actresses who played Morgan Matthews (Lily Nicksay and Lindsay Ridgeway) will be there as well.

As far as season four goes, the future is still a bit unclear. The show's star Rowan Blanchard took to Twitter saying, "I know as much as you guys do. Filming tonight's episode was very emotional for all of us, so thank you to all of you who came and stuck with us. The family that we created on our set is something I will truly never forget." See the amazing cast photo above, and then check out which other TV shows and movies have had reunions this year.