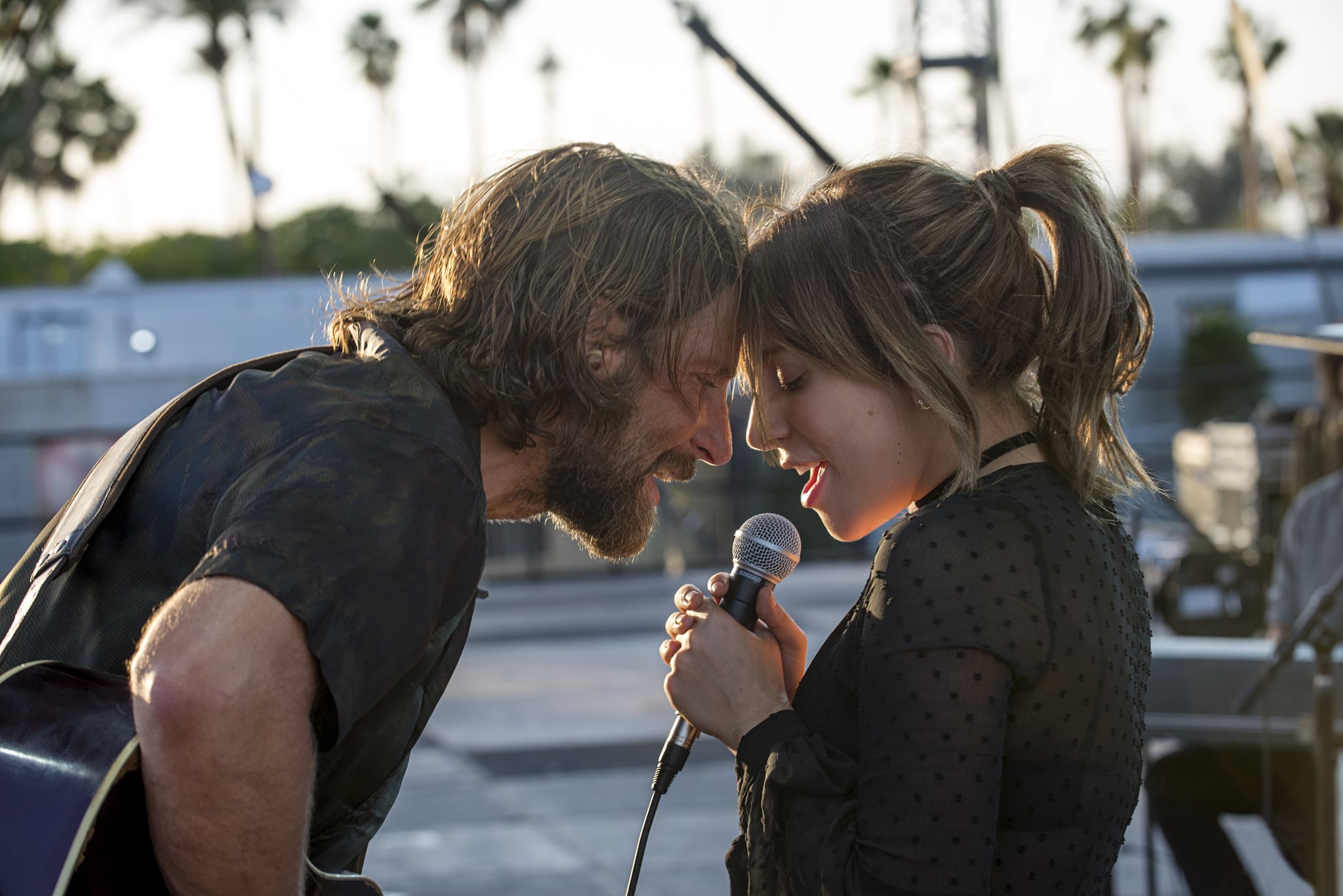 Bradley Cooper made his directorial debut in A Star Is Born alongside Lady Gaga in October. The musical, a remake of the 1970s drama starring Barbra Streisand (also a remake of the 1937 and 1954 versions) chronicles the life of a small-town girl who moves to the big city to become a star. Cooper plays Jackson Maine, a has-been rock singer with an alcohol problem, to Gaga's Ally, the talented small-town girl in question. The plot mostly stays true to the original, showcasing the pitfalls and inevitable romance between Jackson and Ally along her rise to stardom.

Cooper opened up about his experience shooting the film in April, telling Vulture, "[Gaga] said right from the beginning that there would be a barter. [She said] 'I'm gonna rely on you to get a performance that's honest out of me' [...] 'and I'm gonna make sure that you're going to turn into a musician. Because we're going to sing everything live.' And I went, 'Wait, what?'"

That's correct: Bradley Cooper will be singing live in the movie! Gaga reportedly told the 43-year-old actor that she wasn't a fan of movie stars lip-syncing to a prerecorded song in films. "She's right!" he agreed. "[Singing live] was terrifying, and I really relied on her. I spent about a year and a half taking vocal lessons and preparing." Even though the movie took only 42 days to shoot, Cooper revealed it took three years for him to fully get into character.

Related:
Is There a Tomorrow? Lady Gaga and Bradley Cooper Are Making Out Like There Isn't

"The broken love story in A Star Is Born kept haunting me. Shots kept coming into my head. I would dream about it. I realized I had to [direct it], whether it fails or not," he shared. "I knew I had to try, and I wound up absolutely loving it. You can't hide when you sing. The best way to express love is through singing and music. I knew if I could marry that in a way, it would be special."

The film premiered on Oct. 5, so run to the nearest theater to get a taste of Cooper's singing for yourself. To be totally honest? We're impressed.