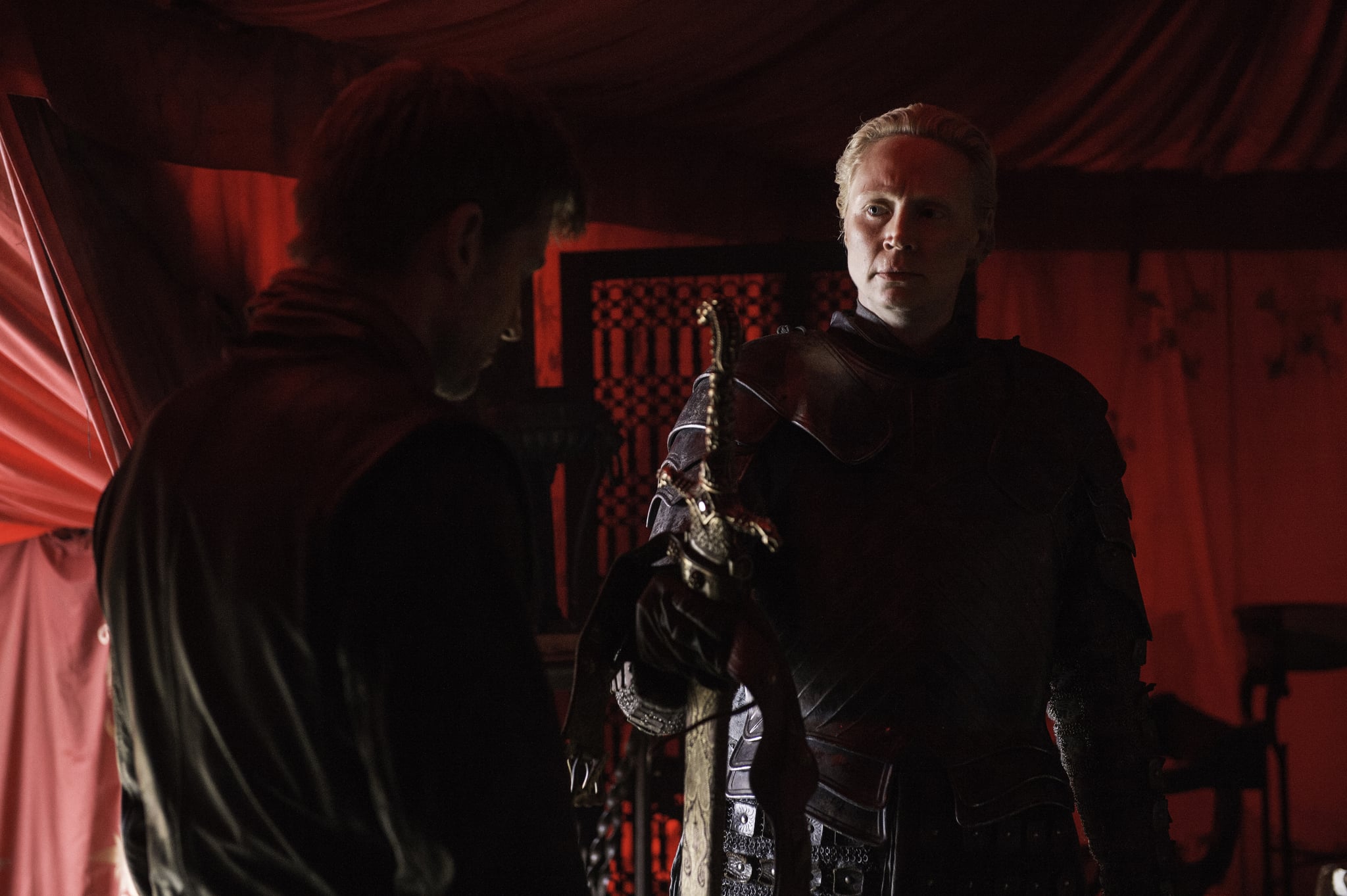 Few Game of Thrones relationships are quite as complex as the one that exists between Jaime Lannister and Brienne of Tarth. When they meet, Jaime is Brienne's prisoner, and she has little use for the Kingslayer. But after being kidnapped by House Bolton loyalists, the two find themselves bonding over a lost hand, what it means to be honorable in Westeros, and a fight in a bear pit. Since then, their connection has been palpable. Even Cersei realizes Brienne loves her brother, and given the fact that Jaime gifts Brienne with Oathkeeper, it feels safe to say that on some level, he loves her back. That doesn't mean this star-crossed couple will actually end up together, but Jaime and Brienne shippers have every reason to hope that season eight will bring them closer together than ever before.

At the end of season seven, Jaime defies his sister's order to stay by her side and heads North to protect the living from the Night King's army. However, just because he stands up to Cersei, that doesn't mean these two are over. Their twisted love story runs deep, and if the queen is to be believed, then she's carrying her brother's child. In an August 2018 interview with Huffington Post, Nikolaj Coster-Waldau confirmed that part of Jaime's motivation for joining the fight in the North involves making the world safe for his child with Cersei. "That's also what he told her, he says, 'What's the point? If we don't defeat this threat, there is no future for our child.' I think he's doing it for the right reasons, he gave his word, but also it's the future of mankind and the future of him and Cersei that's at stake," the actor said.

That's depressing news for anyone who thought he might be heading North for Brienne, who so eloquently encouraged him to let go of honor just this once and convince his sister to join the fight in the North for the sake of the realm. However, Coster-Waldau didn't rule out the possibility of more Jaime and Brienne moments coming soon. When asked if his character could be going North to be with Brienne, he replied, "Ohhh, well, who knows? I don't, well, I know how it ends but . . . no, I can't comment on that."

No comment could mean there's something to comment on, right? It's hard to imagine that after seven seasons of build-up absolutely nothing will happen between Jaime and Brienne as they face down the White Walkers, presumably side by side. If nothing else, the show could at least give fans a kiss as payoff for the simmering tension that's been building since season three. Even if Cersei is the love of his life, Brienne's the person who pulled Jaime from the darkness, and he's the one who helped her understand the true cost of being a knight.

Now he's going North, and even if his intent isn't to be with her, their proximity to each other might prove to be too powerful of a draw to ignore. After all, he does tell Brienne in season six that Oathkeeper will always be hers, and the show made it pretty clear that the sword is an emblem of his honor. In other words, Brienne has the best part of Jaime, and that connection can only grow now that they'll be on the same side.

Of course, the biggest obstacle standing between Brienne and Jaime finding happiness together is the fact that they're warriors who will be fighting on the front lines of the war against the dead. It seems impossible that they'll both survive the onslaught of the Night King's army, but if they can capture even just one moment of joy, that will be close enough to a happy ending for fans who've been waiting years for Jaime and Brienne to simply acknowledge just how much they mean to each other.