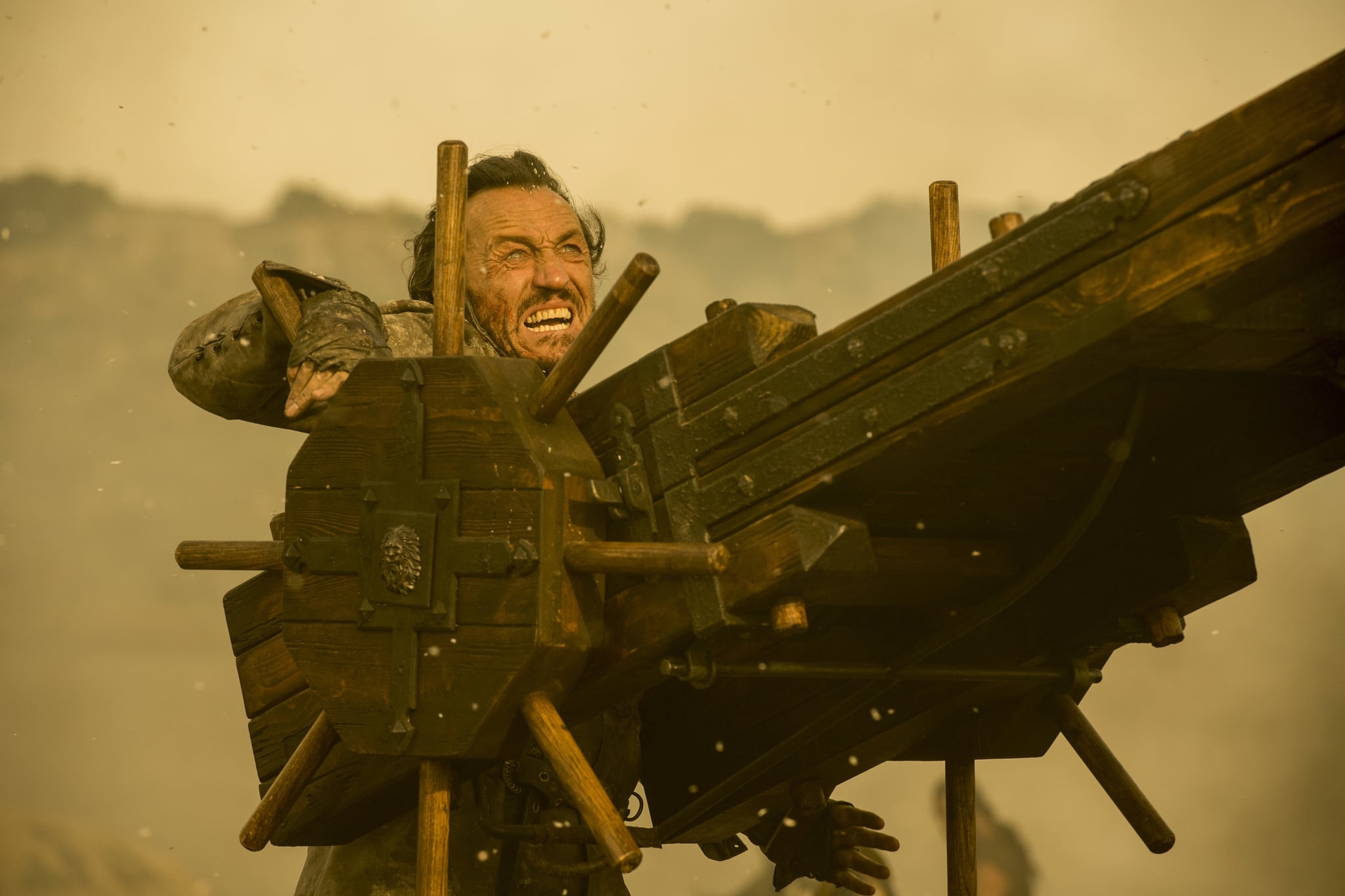 The night is dark and this article is full of Game of Thrones spoilers!

Game of Thrones isn't always dark and brooding. Occasionally the HBO series takes a break from all the murder, backstabbing, and gut-wrenching sadness to slip scenes in that might as well be straight out of a buddy comedy. While Jon shares a number of hilarious moments like this with Tormund, the king of sarcastic one-liners is the foul-mouthed sellsword Bronn, played by actor Jerome Flynn.

Throughout the series, Bronn forges friendships with both Tyrion and Jaime Lannister, helping them out of sticky situations (like drowning in a lake in the midst of a battle against dragons, for instance) and providing plenty of comic relief along the way. However, Bronn is also the type of guy who seems to care only about one thing: money. Lots and lots of money. Enough money that can he buy himself his own castle, specifically. It's that sleazy "Every man for himself" mentality that initially had fans worried that Bronn would actually accept Cersei's proposal in the season eight premiere to murder her brothers in a bit of "poetic justice" (with that crossbow). Now, four episodes in, it's obvious that Bronn's loyalty is to the highest bidder.

As you might recall, a few seasons back, Cersei goes back on her agreement with Bronn and arranges for Wyllis Bracken to wed Lollys Stokeworth instead of him, meaning he loses both a wife and the castle she comes with. Jaime assures him that he'll get an even better one when they return from Dorne, but so far, the one-handed Kingslayer has yet to repay his friend. Cersei, however, is willing to offer him multiple chests of gold, the castle at Riverrun and a real lordship, and the promise of future favors. But would Bronn be Bronn if he didn't try to sweeten the deal for himself somehow?

Way back in the season one episode "The Pointy End," Tyrion has a pretty frank discussion with Bronn about how he sees their new friendship. While he appreciates his companionship, Tyrion also isn't a fool.

Tyrion: What do you want from me, Bronn? Gold? Women? Golden women? Stick with me and you'll have them all, for as long as I'm around and not a moment longer. But you knew that; that is why you took up arms so valiantly to defend my honor!

Bronn: Alright, but don't expect me to call upon your lordship whenever you take a shit. I'm not your toady, and I'm not your friend.

Tyrion: Though I would treasure your friendship, I'm mainly interested in your facility with murder. And if the day ever comes where you're tempted to sell me out, remember this: whatever the price, I'll beat it. I like living."

Sure, while Qyburn tells Bronn that Cersei handsomely rewards those who do her big favors — "What would she do for the man who rids her of her treasonous brothers?" he muses — we find it hard to believe that Bronn would actually sink so low without getting his long-awaited castle. And, as promised, rather than killing the Lannister brothers he takes the opportunity to leverage the situation for a great deal more gold from Tyrion than Cersei is willing to pay. Not only does he "beat" Cersei's offer of gold when Bronn confronts Tyrion and Jaime at Winterfell in season eight's fourth episode, but Tyrion also promises the sell-sword that he can have Highgarden.

Highgarden, in case you don't remember, used to belong to House Tyrell, the richest house in Westeros. Their gold was the reason the Lannisters joined forces with them to end the War of Five Kings, cementing their power in the south and gaining a ton of riches along with it. Unfortunately for the Tyrells, Cersei blew up most of the remaining members in the Great Sept of Baelor when she was exacting revenge for her walk of shame.Even though Jaime balks at the idea, Tyrion smartly realizes that it's the only thing that will keep Bronn from firing an arrow into each of their hearts.

Flynn, who plays Bronn, recently told Digital Spy that "Bronn's a determined type. He's either going to get his castle, or he's going to die getting it." So . . . will he? Die, that is. Try as he might, we imagine that Bronn won't be able to fully avoid the upcoming war between Cersei and Daenerys.