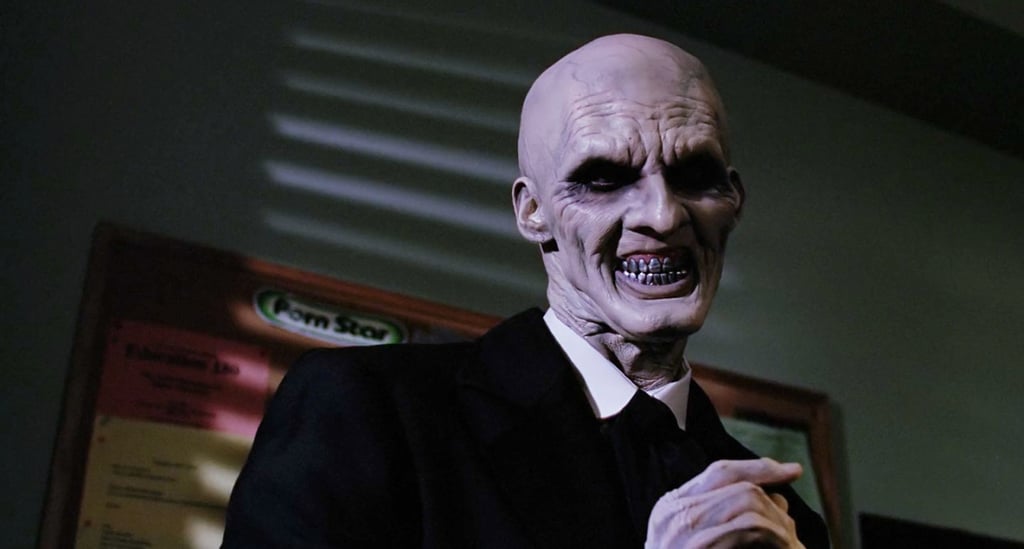 I will never forget when I first watched Buffy the Vampire Slayer episode "Hush." It was Dec. 14, 1999. I was 7-years-old, and I had just finished stuffing my face with lots of birthday cake and pizza from my sister's party earlier that day. I also remember my eyes nearly popping out of my sockets from staring at the screen so damn hard the entire episode. If you haven't seen it, here's the premise: a group of six fairy-tale-like demons (referred to as "The Gentlemen") casts a magical spell on everyone in town, taking away their voices. This allows The Gentlemen to roam the city at night looking for victims who aren't able to scream as they cut their hearts out. Yes, it is as eerie as it sounds. I've seen all 144 episodes of Buffy, and The Gentlemen are hands down the creepiest villains to ever appear on the show.

"Hush" was filmed mainly without dialogue. Instead, a chilling musical score amplifies the quiet moments, which makes it even more frightening. Joss Whedon, creator of the series, described his inspiration for "Hush" in 2014, stating, "I wanted something scary and kind of dream like. The idea that something like that is floating at me, and I can't scream is a creepy child story dream." Mission accomplished. In case you're thinking of reliving an episode of Buffy in honor of the spooky season, here's our case for why you should choose "Hush."