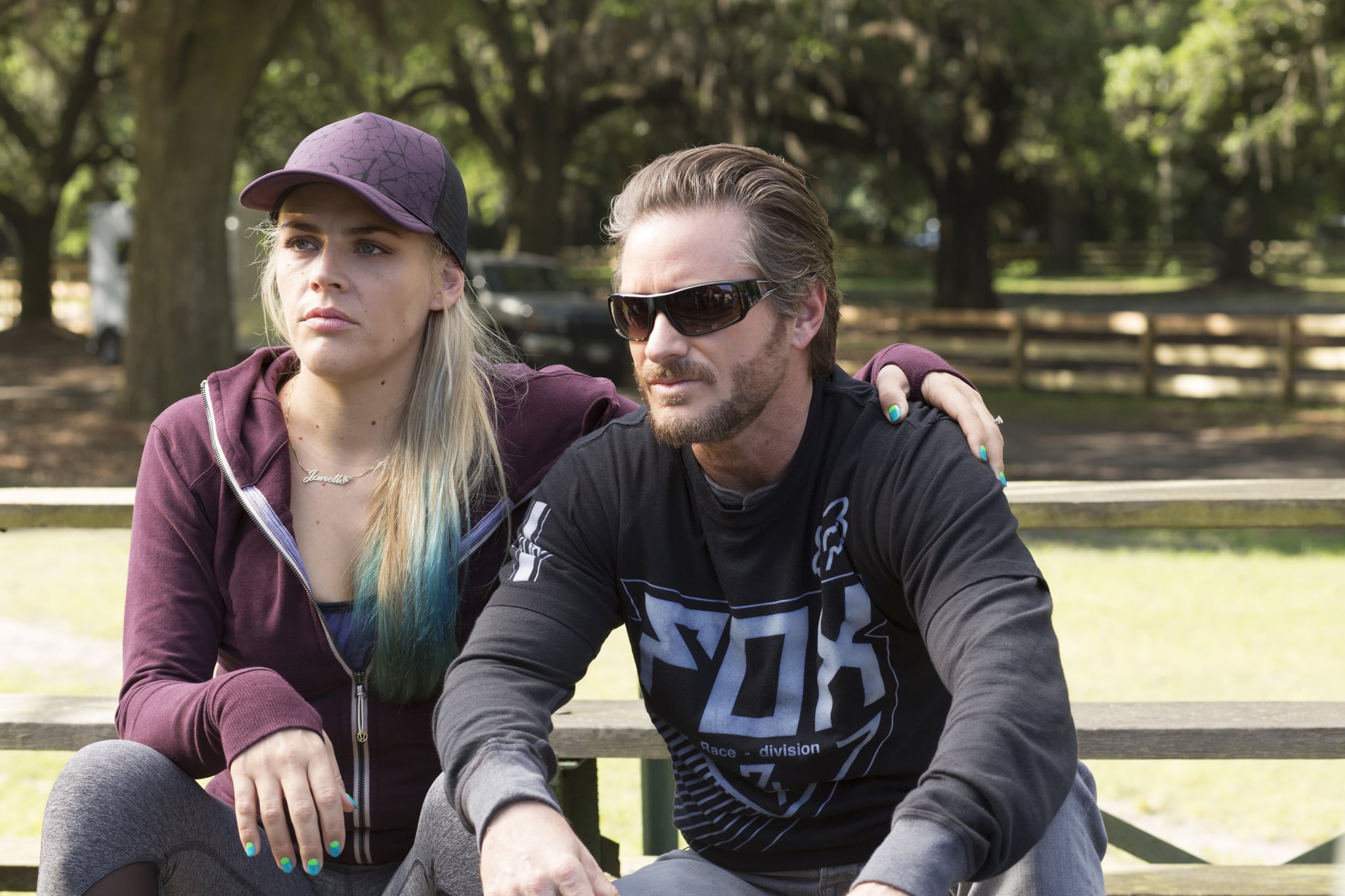 If you missed HBO's off-kilter comedy Vice Principals this Summer, you need to carve out four and a half hours of your life immediately. The first season is available on Digital HD now, and I promise you'll be hooked after the first episode — I was, and I'm a tough sell. The series stars Danny McBride and Walton Goggins as Neal and Lee, VPs plotting to take down their school's new principal. I got the chance to chat with Busy Philipps, who plays Neal's constantly annoyed ex-wife, Gale. Since she's already shot the second season (which airs this Spring), she filled us in on all the tidbits she could, including what she thought of the bloody finale.

POPSUGAR: In your mind, how did Neal and Gale meet, and what was their early romance like?

Busy Philipps: We actually had a lot of discussion about this; there was a flashback sequence that was written that we were planning to shoot but were not able to because of time and money constraints. Neal and Gale met in war, in Iraq. They met in a very fraught situation and I think that their relationship was always really intense. Obviously, she's not a woman that has a lot of joy in her life. I think that she probably was unhappy with Neal Gamby and thought maybe things would be different with Ray, and maybe they are a little bit, but ultimately I think she's just one of those people that is constantly looking outside of herself as to why she's not happy on the inside.

PS: We haven't really seen much of Gale's relationship with Ray except in terms of how it relates to Neal. What do you think their home life is like?

PS: Going back to the first season, that was one hell of a finale. I don't think anyone could have seen that coming. What was your reaction to reading the last script?

BP: My first reaction was, "Wait, who shot him?" and I had to wait to find out myself a little bit. The thing that was so appealing to me about the show and being a part of it was how far these guys were willing to push the comedy and push the story and I think that the ending is a perfect ending for the insanity — I mean, they burned her house down in episode two. It's like, where do you go from there? They clearly spun so completely out of their control, and I hope that people are as invested as you are. I've gotten a lot of mentions on my Twitter and on social media, and fans coming up to me like, "Who killed him, is it you? Who shot him?" We don't know if he's dead yet, we'll find out. 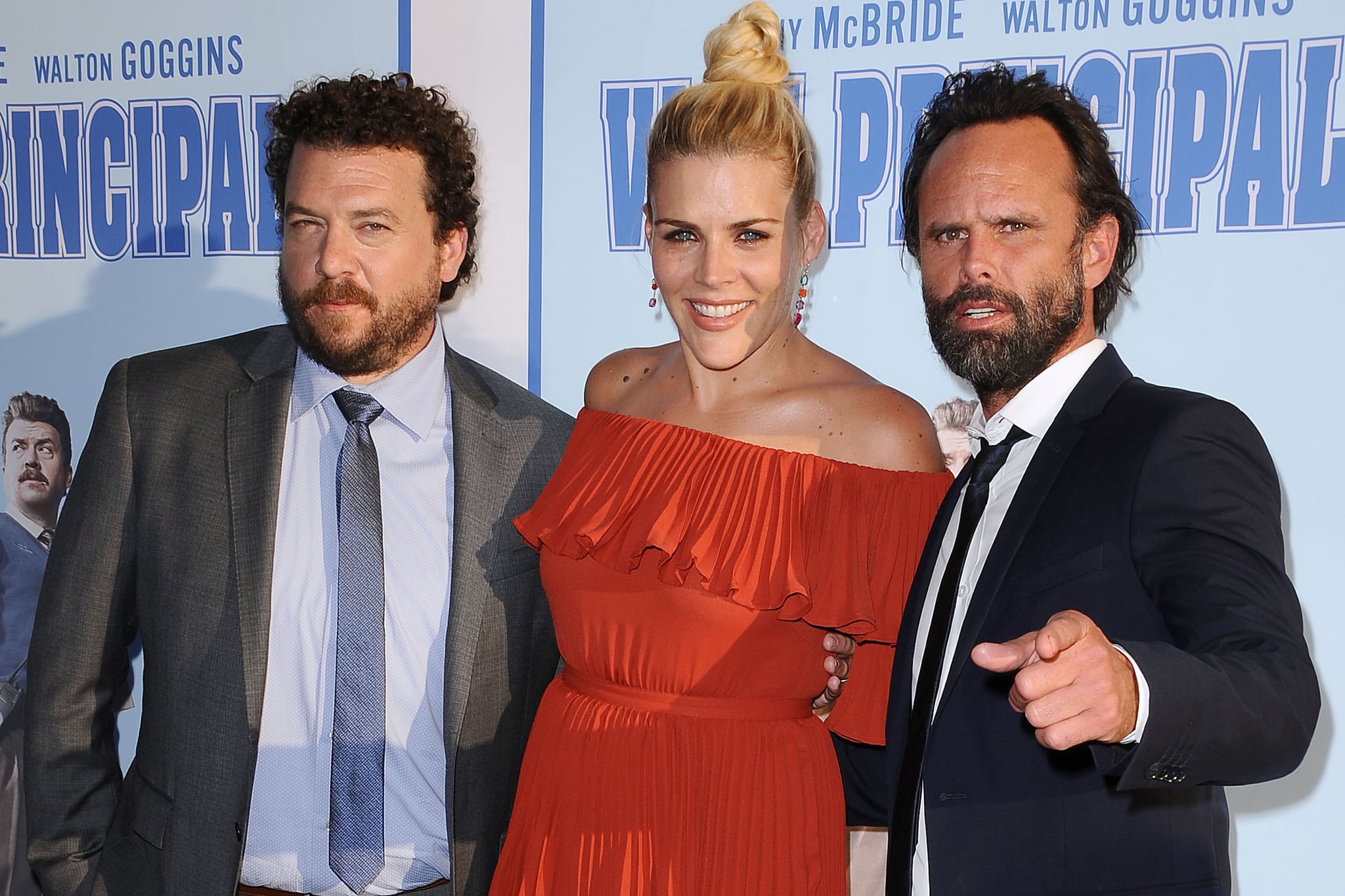 PS: I have my own theory that it's Lee's wife's mother. We don't see her reacting to the news in the final episode. She's in her room doing something, and I'm like, "I bet she's getting the mob together to take down Neal." You bring up an interesting point about the comedy. Danny and cocreator Jody Hill are known for comedy, but Walton Goggins has talked about how to him this show is a drama. To me it's the definition of dark comedy, so how do you see it?

BP: I see it as a dark comedy, and that's how I've always read it. The casting of Walt was so perfect for what they wanted to convey, and I know there was a discussion about many different actors and different types of actors for that other vice principal role. I think in someone else's version, Lee Russell could have turned this super dark comedy into more of a slapstick, broader comedy. But because Walt is so grounded and rooted in this place that feels pretty sinister, and dark and real, that it kind of allows everything around it to exist in reality as opposed to being so broad and over the top. It was incredibly smart of Jody and Danny and David to go that direction with the character.

PS: I don't know what your experience was going into it, but we knew it was only going to be two seasons and 18 episodes. What is it like going into a project like that when you know that it has an end date?

BP: Honestly that was one of the appealing things to me. I had just come off of Cougartown, which I loved and was such a great experience, but was also six years of my life and 120 episodes. So knowing that we could look at this more like a miniseries or an extended movie, where we had 18 episodes to tell this really specific story that we wanted to tell, was really exciting in a way. I think that along the lines of shows like True Detective and certainly this show, it's an interesting way to think about a television series. Breaking Bad did it, you know, having the end already planned out. Every episode has purpose and you're working toward that ending as opposed to feeling like, "The third season of that show is terrible but hang in there because the fourth season is good." Sometimes that happens when people don't really know how long they're going to have to stretch their story out for. I think you get a tighter series. Maybe they could have spread this out four or five years and that's not how they wanted to tell the story. Every episode has a purpose to move the story forward. There's no filler.

PS: That first season is so insane that it's hard to imagine what season two is going to be like. Are they going in a more subtle direction or are they trying to top the first season?

BP: I don't think it's about trying to top it; the whole thing just keeps ramping up. I think people will be on the journey with Neal and later us all for season two. They throw you back into it. I'm excited to see it too.

PS: We've know from the start that it's 18 episodes, but things change in the world of TV, so has there been any talk of it going beyond that?

BP: I don't think so. Danny and Jody and David felt really strongly about what they set out to do. Both seasons are locked and I think they feel really great about where the show ends and that they were able to have their vision all the way through. But who knows? You never know, right? Maybe there's a prequel?

Netflix
The Teens in Ginny & Georgia Definitely Aren't Teens IRL, Because This Is Netflix and Duh
by Corinne Sullivan 11 hours ago

Netflix
Ginny & Georgia Season 2 Isn't Official Yet, but It Seems Like a Pretty Safe Bet
by Amanda Prahl 13 hours ago

This is Us
Eris Baker Teases This Is Us Ending: "I Don't Know Everything, but I Know a Lot"
by Kelsie Gibson 13 hours ago

TV
Watch the Exclusive Trailer For The Deadly Type, Possibly the Most Disturbing True-Crime Show of All
by Maggie Panos 17 hours ago