Edward Scissorhands celebrated its 25th anniversary of release this year, and to mark the occasion (and the brand-new 25th Anniversary Edition of Edward Scissorhands on Blu-ray, DVD, and Digital HD), I spoke to the film's screenwriter, Caroline Thompson. Thompson opened up about the experience of working on one of Tim Burton's first films, gave us eyebrow-raising facts about how she disapproved of Johnny Depp's casting, plus tons of making-of details that even diehard fans wouldn't know. Thompson, who has gone on to write other cult classics (and more collaborations with Burton) like The Nightmare Before Christmas and Corpse Bride, got especially candid with us, and you'll love hearing what went down on an unassuming film set in Florida. 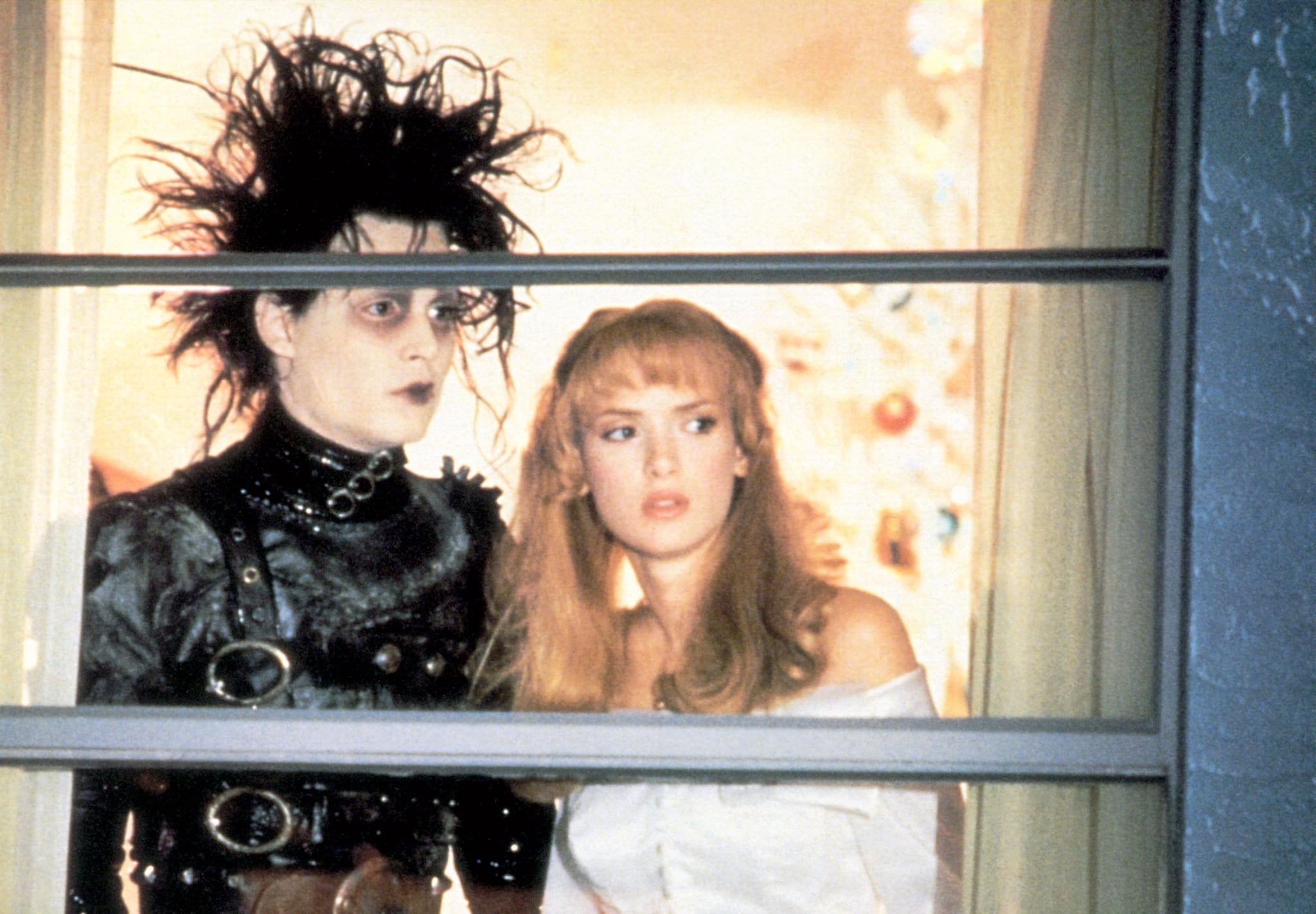 Johnny Depp Was Not Thompson's First Choice For Edward

Thompson was very candid about not loving Depp for Edward — at first. "Well, he was not my first choice, as he knows. My first choice was John Cusack, but I'm a writer, so nobody listened to me. And Johnny knows that. I mean, we talked about it openly at the time, but he's amazing. He did an incredible job." When I asked Thompson what she could have against Depp, she admitted, "Well, he was a TV actor at that time, and in that time TV was like, eh. 'TV blah!' You know? TV is very cool now, but at that time it wasn't. You know, he was modest. He got it. I remember meeting him at Stan Winston's, the guy who made the hands, at his studio, and he looked at me and he said, 'You're a genius!' It made me laugh really hard, because the G word is something that generally shouldn't be applied to almost any mortal."

The Idea For the Movie Came From a Tim Burton Drawing

Edward Scissorhands happens to be the first film Thompson wrote, and she explained that she was courted by Burton to write the script for his story. They were represented by the same agency and became fast friends: "We had this odd perspective in common, and we became pretty close friends pretty fast. It was probably a few months in when we decided we wanted to work together. He was a great friend, Tim — I mean, we would sit on the phone for hours and talk about our shrinks [laughs]. So we decided to work together, and then one night at a bar, he told me about this drawing he had made. And that was that." Thompson described this very important drawing as "this figure who had scissors instead of hands, and I basically said, 'Stop right there! I know exactly what to do with that!' And I went home and . . . I wrote like a 70-page treatment, and essentially that's the story that we shot."

Everyone in Edward Scissorhands Is Based on a Real Person

At the time she wrote the film, Thompson was living in a suburban neighborhood in Burbank, CA, and her own setting inspired the movie's. "It was a hilarious neighborhood in that whenever anything dramatic went on, everybody came out of the house and out to watch. So it was very much the world of the film." So much so that her neighbors inspired all the characters. "Every single character in the film is based on someone that I loved and knew. So I could tell you each character and who they are, and how they kind of fit together to make this like fairy-tale puzzle of the beauty and the horrors of suburban life, which Tim and I were both obsessed about."

Of course, we had to know who's who. According to Thompson, "Edward was based on Tim. It's kind of a love letter to Tim, but most of his attributes were based on my dog. I had this beautiful Border Collie mix when I was in college. When I was 18, I took this dog to college with me and she had a presence and a character. I swear to God if she had a larynx, she would've talked. I mean, she was that involved in my success. She was everywhere I was, sitting next to me and enjoying everything I was enjoying, but not able to quite do it because she was a dog. And that's how Edward is. He's just sort of like, 'Uhhh, OK I want to be here, but how?'"

As for the other main characters, Thompson revealed, "Kim was based on a girl who kept her horse at my house in Burbank. Jim was based on her horrible boyfriend. The mother character was based on my mom, who I don't think this movie would've been what it was if I hadn't grown up in a giant house where my mom just brought people home who needed some place to stay. The dad was based on my dad, who loves to say kind of irrelevant things as if they're very important. Like, 'You can't buy a car with cookies now, can you, Jim?'"

Depp Was Totally Into the Dog Thing

It's possible that Thompson's presence helped form Depp's performance. She described a day of filming about a week into production, in which "Johnny was very confused about the character. When I got there, at that time Tim was very inarticulate, and not terribly verbal. He had a hard time describing to actors what was going on, so Johnny came up and asked me about the character. It was my first project, as you know, so I didn't know writers are not supposed to talk to actors, so I told him he was based on my dog. And I explained about that like I explained to you. And he was like, 'I get it!' And if you watch the film with that in mind, you can see how perfectly he behaved like the brightest dog you ever met in your life. He was adorable."

Depp Has Credited Thompson With His Success

Thompson has nothing but love for Depp and related a heartwarming incident in which they reconnected. "A couple of years ago I was lucky and blessed enough to be given the distinguished screenwriters award at the Austin Film Festival, and Johnny was kind enough to show up and give it to me. He stood up on that podium, and he said, 'I wouldn't be standing here today if it weren't for Caroline Thompson' — which, like, I almost shat in my pants, to be honest. I was so surprised to hear him say that, but he's an adorable human being. He was and he remains. You know, if isolated from the reality of the world, he remains a sweetheart. A big sweetheart."