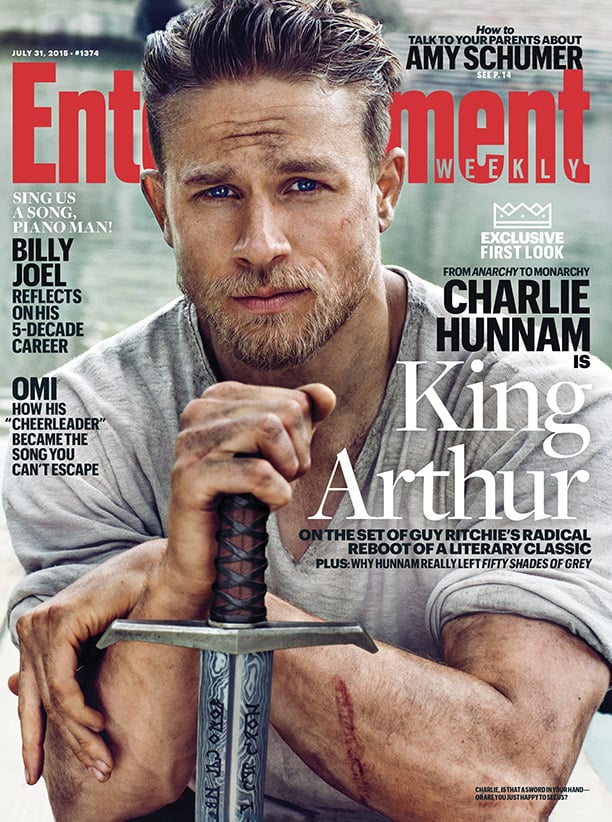 Charlie Hunnam's piercing blue eyes are on the cover of Entertainment Weekly, along with the rest of his ridiculously hot body. He's handling a sword (Excalibur, we presume?) in character as King Arthur, his next role. The former Sons of Anarchy star is moving on to the big screen for Guy Ritchie's Knights of the Roundtable: King Arthur. In case you haven't been stalking the photos of Hunnam on Ritchie's Instagram or the set pictures, hopefully this movie now has your full attention. "He's a little bit rough around the edges, but he's basically a survivor. He's a hustler," Hunnam told EW, about his character. "He's a street kid. There's definitely a harder edge to him than people would imagine. It's sort of classic Guy Ritchie stuff." The movie opens on July 22, 2016, and there are even more stunning pictures of Hunnam in this week's EW issue.

Regina King
Regina King's One Night in Miami Is a Timely, Star-Studded Masterpiece
by Monica Sisavat 23 hours ago