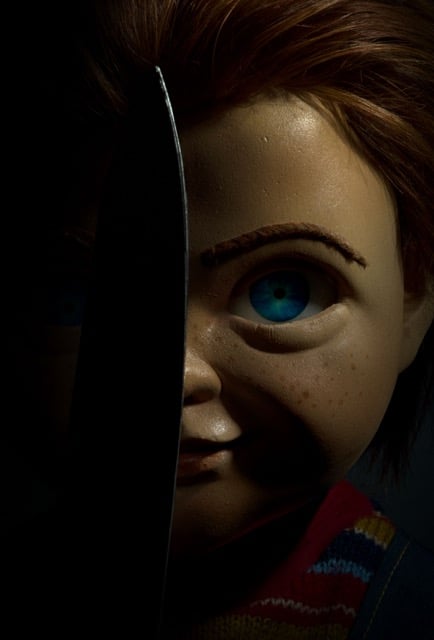 Everyone's favorite homicidal doll is ready for a play date! Thirty years after the release of Tom Holland's Child's Play in 1988, Metro-Goldwyn-Mayer has fast-tracked a remake and we were recently blessed with not only a trailer, but a few posters. By all accounts, Polaroid filmmaker Lars Klevberg is making sure that the horror reboot is just as horrifying (and horrifyingly tongue-in-cheek) as its predecessor.

Child's Play was the first of a seven-movie franchise that told the story of Chucky, a toy doll possessed by the soul of a serial killer. If you've seen the film, you no doubt remember the chills that shot down your spine when he first uttered his iconic phrase, "Hi, I'm Chucky. Wanna play?" Chucky then goes on a murderous rampage in an attempt to kill a single mom and her son so he can jump into the son's body before he becomes trapped inside the doll permanently. Obviously he fails, and the movies only get bloodier and more ridiculous with each entry. Though, honestly, the addition of Chucky's wife and kids is definitely an interesting twist to your regular killer doll series.

Related:
21 of the Best Gory Horror Movies to Watch on Netflix

The new movie will be a true reboot with Star Wars actor Mark Hamill as the voice of Chucky and Parks and Rec's Aubrey Plaza starring as single mom Karen Barclay with Gabriel Bateman as her son, Andy. Atlanta's Brian Tyree Henry will also be appearing as Detective Norris. We got the first teaser in February and a full trailer not long after in April. Warning: it's just as creepy as expected.

This time around, the toy brand in the film seems to have been changed from "Good Guys" to "Buddi." Also, since there's a WiFi symbol above the "i" in Buddi, it seems the internet will play a part in this version of Chucky's possession (on the side of the box, you can even see instructions about connecting Chucky to a tablet, remote, or laptop). In addition to the trailers, a Twitter account for the film has been sharing posters to amp-up anticipation from fans. Since the horror flick debuts on the same day as Toy Story 4, their latest is truly *chef's kiss*