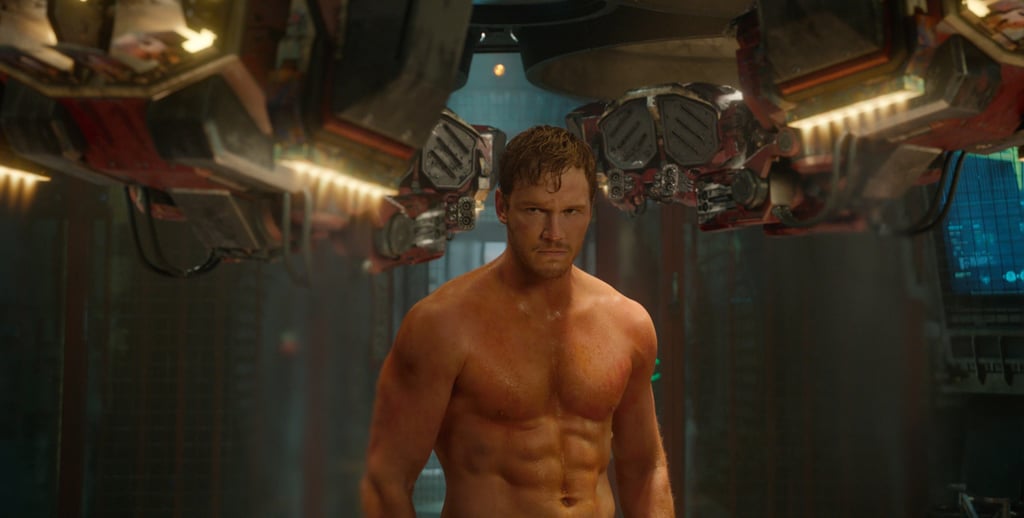 With filming of the Guardians of the Galaxy sequel underway, now is the perfect time to pay tribute to Peter Quill and his "pelvic sorcery." Chris Pratt memorably bulked up for his leading role as Peter Quill (aka Star-Lord) in the 2014 movie, which gave us some hilarious one-liners from Pratt and — who could forget? — plenty of shirtless eye candy. Keep reading for a look at some of Pratt's sexiest and funniest Star-Lord moments from Guardians of the Galaxy, then check out the film's awesome blooper reel and all the sequel's behind-the-scenes photos.

Previous Next Start Slideshow
Eye CandyChris PrattMoviesGuardians Of The Galaxy