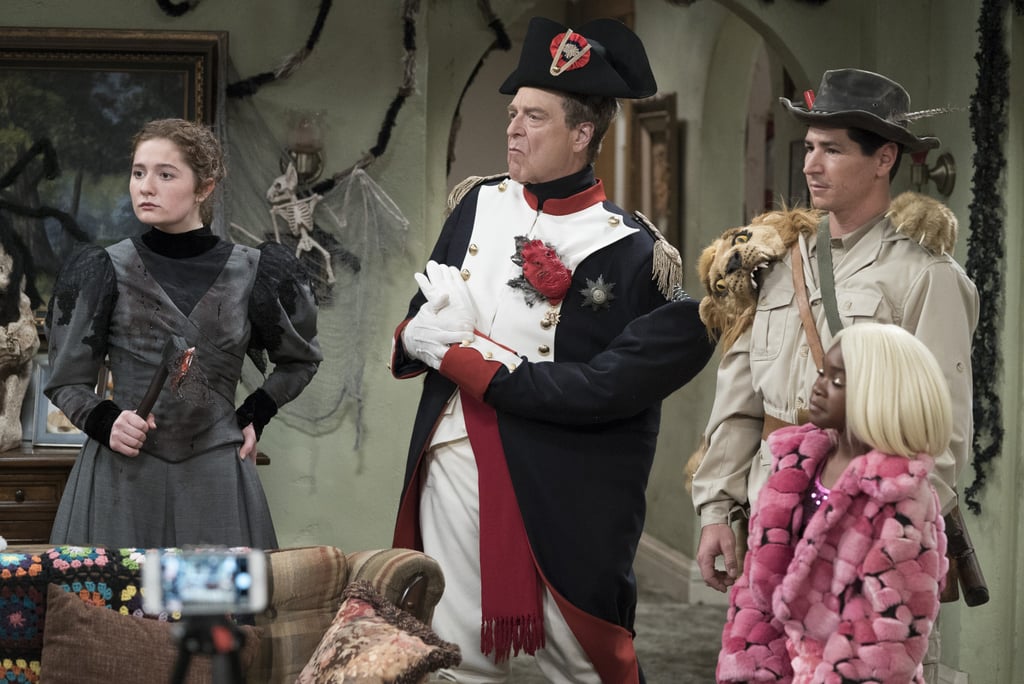 The Conners went all out for Halloween, and we can't get enough of their costumes.

In the festive episode, "There Won't Be Blood," the family ups the ante with their spooky ensembles in hopes of winning a local Instagram contest. Aunt Jackie opts for a Lanford High cheerleader's uniform with intestines hanging out, Dan goes as Napoleon Blown Apart (the famous war leader with his organs exposed), DJ as a big game hunter being attacked by lions, Harris as Lizzie "Boredom," and Mary as Scary J. Blige. Our favorite is, obviously, Becky's take on Sharknade O'Connor, which sees her wearing a bald cap and surrounded by a tornado of sharks.

Of course the holiday, which was the late Roseanne's favorite, doesn't go off completely without a hitch; young Mark is told that his Fortnite-themed costume for the school carnival is banned since it's considered violent or offensive. Instead he whips up a colorful ode to Frida Kahlo, but that also gets a nope from the Principal — he decides the Kahlo costume is culturally insensitive since Mark is not Hispanic, prompting the sitcom to dig into how far is too far in terms of "PC culture."

The episode ends with the Halloween bash at 714 Delaware Street, with guest star Matthew Broderick playing Peter, a new love interest for Aunt Jackie. Check out all the gang's Halloween looks ahead!