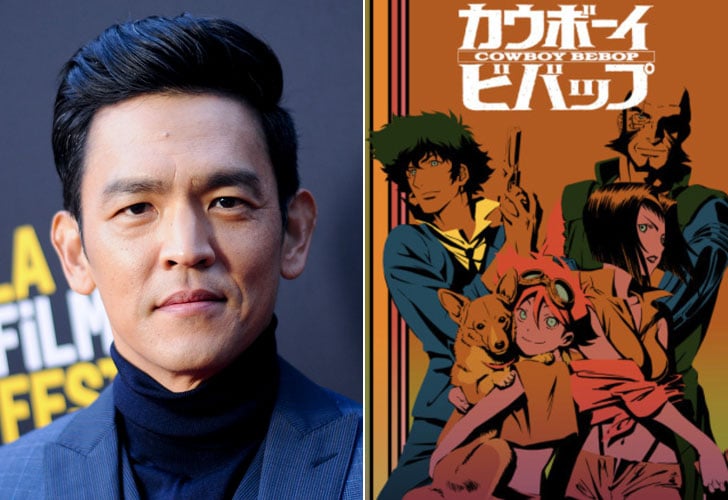 John Cho, one of my own personal favorite people to thirst over, is heading to the small screen in Netflix's live-action, 10-episode adaptation of Cowboy Bebop. The Hollywood Reporter revealed that Cho is joining the cast as a character named Spike Spiegel, who Netflix describes as:

"An impossibly cool 'cowboy' (bounty hunter) with a deadly smile, a wry wit and style to spare. He travels the solar system with his ex-cop partner, Jet, pursuing the future's most dangerous bounties with a combination of charm, charisma — and deadly Jeet Kune Do."

If you haven't read the anime that inspires the series, Cowboy Bebop is the "genre-bending story of a ragtag crew of bounty hunters on the run from their pasts as they hunt down the solar system's most dangerous criminals." They zoom around the galaxy in their spaceship, Bebob, and Cho isn't the only one who's joined the crew.

Luke Cage actor Mustafa Shakir is on board as Spike's partner, Jet, as well as a number of other exciting names. Check out who else has signed on to the series, ahead!

Related:
Every New Show That Netflix Premiered in 2019 (Buckle Up, There Are a Ton)
Previous Next Start Slideshow
John ChoNetflixTV