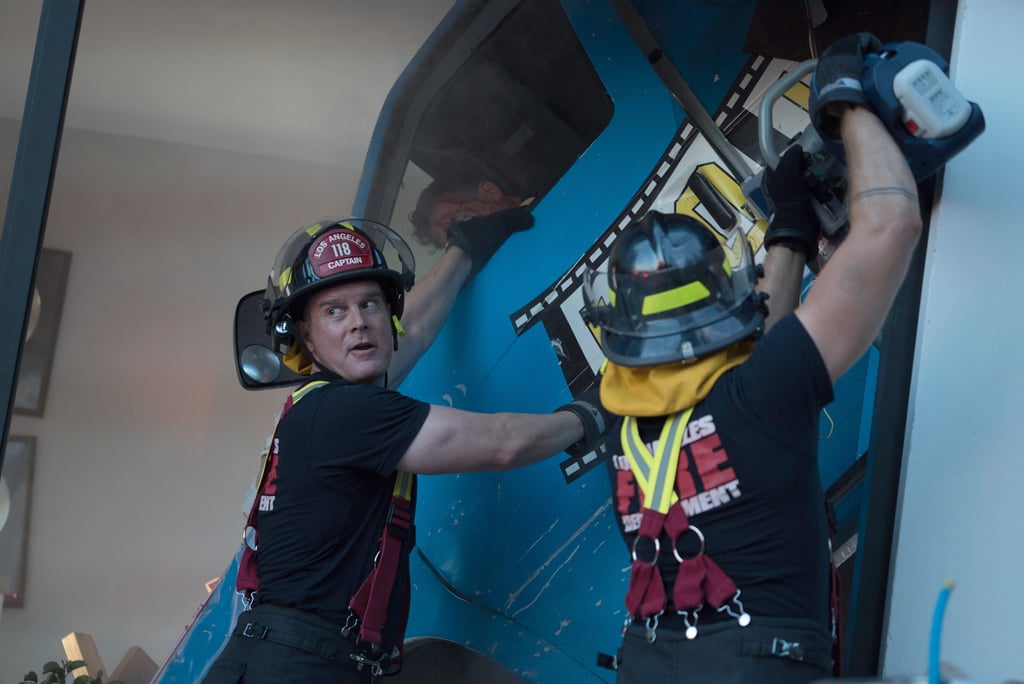 Any fan of Ryan Murphy knows that the man has a gift for creating buzzworthy TV shows. From Nip/Tuck to American Horror Story, Murphy has developed a score of shows that are so wildly different from one another, there's no way to guess where he's going next. One such project of his, that I personally feel is vastly underrated, is his Fox procedural drama 9-1-1, which follows the lives of Los Angeles first responders.

Now in its second season, 9-1-1 brings a lot to the table; it boasts a star-studded cast (that includes Angela Bassett, Peter Krause, Aisha Hinds, and Jennifer Love Hewitt), has heartwarming stories about the family you're born with and the family you choose, and delivers lots of the soapy drama that we all know and love. It also features some of the wildest emergencies imaginable, some of which have actually happened. I'm talking rescuing folks from having their heads stuck in a microwave with cement, helping pregnant ladies who fly into labor during yoga, and evicting a seven-foot tapeworm out of a man's nether regions. Yeah, you'll never eat sushi again after that one.

If you won't watch for the highly attractive people giving you This Is Us levels of emotional devastation, watch for the batsh*t crazy situations they have to rescue people from! Come along and let me take you through some of the most jaw-dropping crises featured on 9-1-1. You won't be able to resist checking it out for yourself when you're done.