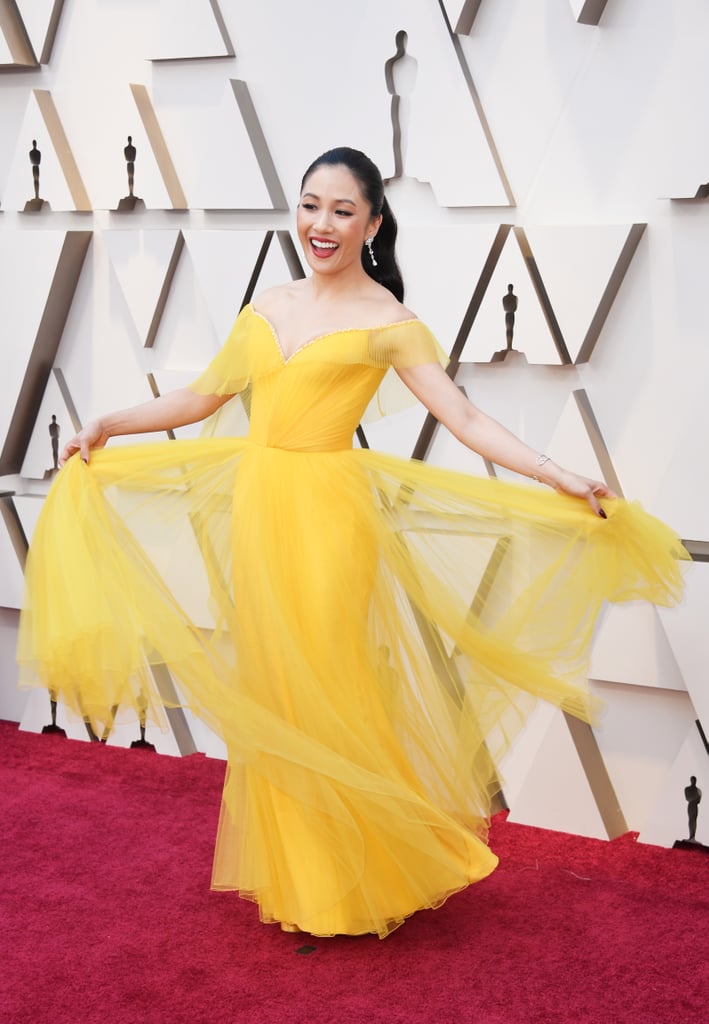 The 91st Academy Awards rolled through Hollywood on Sunday, and you bet the cast of Crazy Rich Asians came dressed to impress. Constance Wu channeled her inner Rachel Chu in a gorgeous yellow Belle-esque gown and Awkwafina kept things cool in a sparkly suit. The ladies were joined by the rest of the cast, including Henry Golding, Michelle Yeoh, and director Jon M. Chu. Even though Crazy Rich Asians was completely shut out of this year's Oscar nominations (can you believe it?!), Awkwafina and Wu had the honor of presenting, and according to Yeoh, they'll all be letting loose later at the Warner Bros. afterparty.

Related:
Who's Nominated For an Oscar This Year? Brush Up on the Nominations
Previous Next Start Slideshow
Red CarpetAward SeasonOscarsMoviesCrazy Rich Asians

Teyana Taylor
Is It Just Me, or Is Teyana Taylor's Billboard Hairstyle a Nod to TLC's "No Scrubs"?
by Ariel Baker 4 hours ago