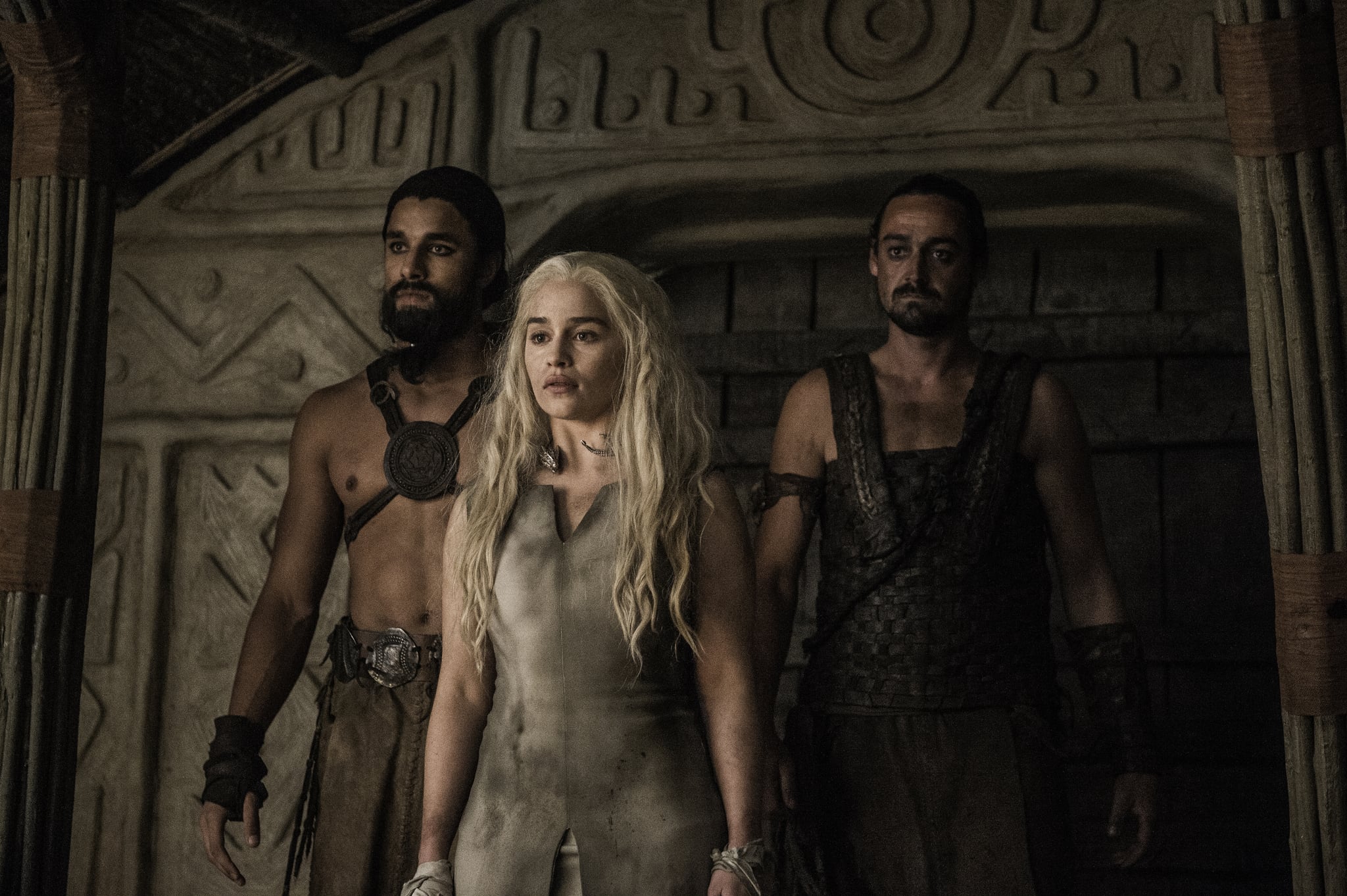 On this week's episode of Game of Thrones, Daenerys does something we haven't seen her do since the season one episode "Mother of Dragons": she walks through fire. Daenerys torches the meeting place of the Khals, and once again walks naked but unscathed before an audience of awed Dothraki.

So, Is Daenerys Fireproof?

If you take George R. R. Martin's word for it, no. He stated in an online interview that in the A Song of Ice and Fire books, Daenerys is not permanently fireproof. Her walk through Khal Drogo's funeral pyre is a one-off incident and miracle. She's not immune to fire.

But What About the Show?

George R.R. Martin might not think that Daenerys is fireproof, but the show seems to be taking a different approach to her abilities. On season one, she repeatedly touches hot objects without burning herself and enjoys taking boiling baths. In this week's episode, she takes another casual stroll through a blazing fire. It looks like Daenerys is indeed fireproof in the show.

Is Immunity to Fire a Targaryen Trait?

Viserys (her late brother) likes to tell Daenerys that Targaryens have "the blood of the dragon," but that doesn't mean that all Targaryens are fireproof. After all, Viserys burns to death when Khal Drogo pours molten gold over his head.

Then Is It Magic?

Magic has been playing an increasingly larger role on Game of Thrones this season. We've witnessed Melisandre's spells and Jon's miraculous return from the dead. Dragons are thought to be deeply magical in the Game of Thrones universe. As the dragons died out, so did magic. But perhaps the birth of Daenerys's dragons heralds the return of magic to Westeros. Is Daenerys's fire immunity a sign of more magic to come?