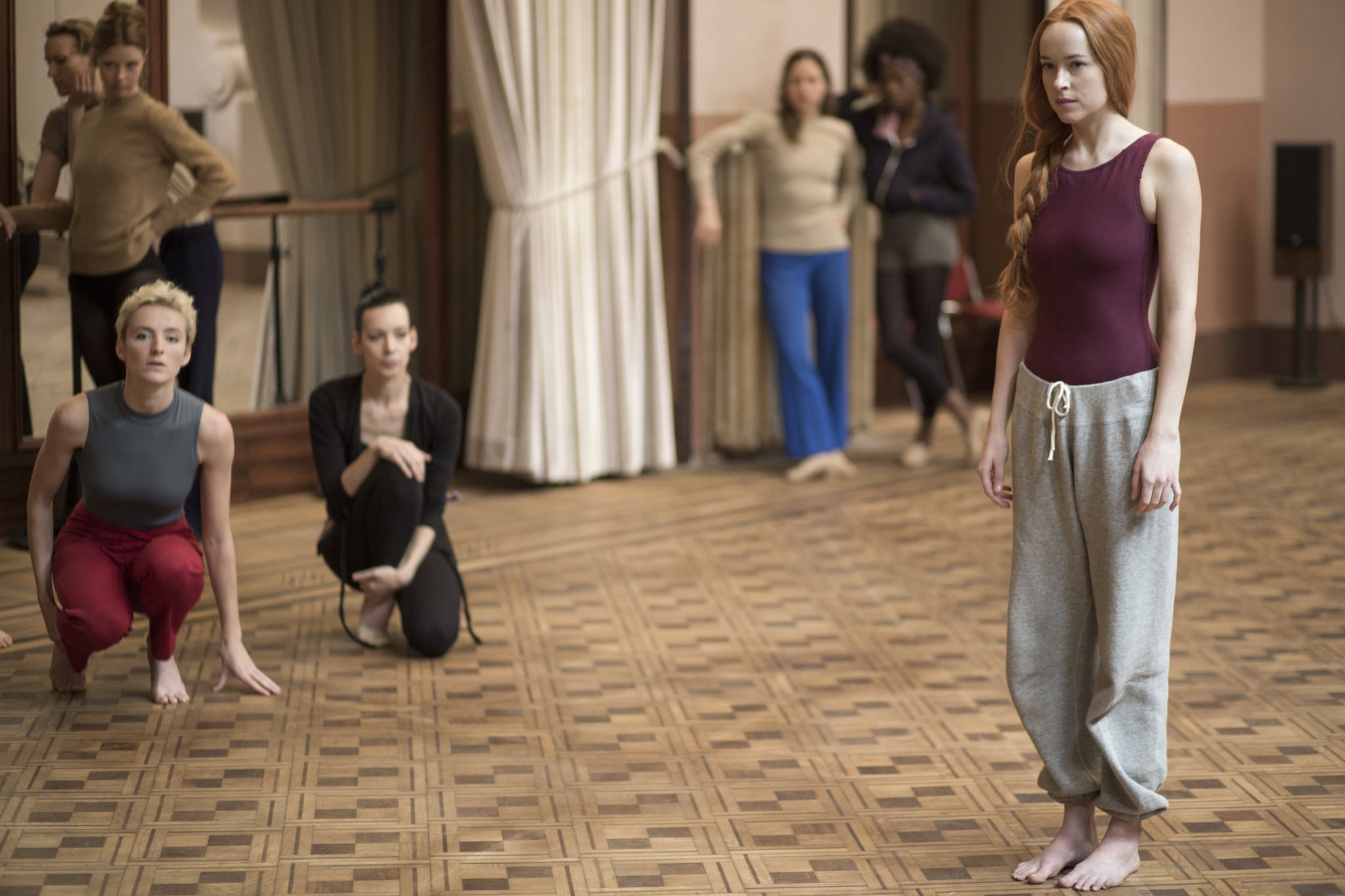 We know that Fifty Shades star Dakota Johnson does not take preparing for a new role lightly (just check out the training regimen she underwent for Fifty Shades Freed!), but how exactly did she prepare for a role that requires years of professional training? In her upcoming film Suspiria — a remake of the 1977 supernatural cult classic by the same name — Johnson plays Susie Bannion, an American dancer who transfers to a prestigious dance academy in Germany, only to realize that her new school has a dark history of occultism and is responsible for a series of brutal murders. Assuming there was no witchcraft involved in the creation of this movie, did Johnson actually perform her own dance scenes?

As it turns out, she did! According to Johnson, she performed about 90 percent of the dancing done by her character in the movie. Though not a professional, Johnson has had some dance training (she took tap, jazz, and ballet lessons from ages 5 to 15), so picking up choreography wasn't a totally foreign concept for the actress. For anything Johnson couldn't handle, a professional dancer named Tanya was on set to act as Johnson's body double.

Related:
Is There a Postcredits Scene in Suspiria? Yes, and Here's Why It's Important

For Johnson, the scariest part of the movie wasn't the supernatural spookiness, but shooting the dance performances. "I trained on and off for about a year before we started filming, but I'm not a professional dancer," she told Entertainment Weekly. "It was terrifying." However, Johnson didn't let the demands of the role intimidate her. While filming Fifty Shades Freed, the starlet worked with a dance trainer before or after the day's shoot to get in practice time. "It was amazing to discover that I could do that with my body, but it was a lot of work, it was a lot of training," she said.

As well as working with a dancer trainer, Johnson prepared for the role with Belgo-French choreographer Damien Jalet, who created all of the pieces for Suspiria. Learning the choreography for the film involved three weeks of eight-hour-a-day intensive training in Italy, as well as additional training in New York while Johnson was on a press tour. From the trailer alone, we have a feeling that all of Johnson's work paid off, which you can now see for yourself since Suspiria hit theaters on Oct. 26.

Movies
Believe It or Not, "Cocaine Bear" Is Loosely Based on Real-Life Events
by Alicia Geigel 3 hours ago

Movies
35 of the Most Anticipated Movies of 2023, From "The Little Mermaid" to "Dune: Part II"
by Victoria Edel 4 hours ago