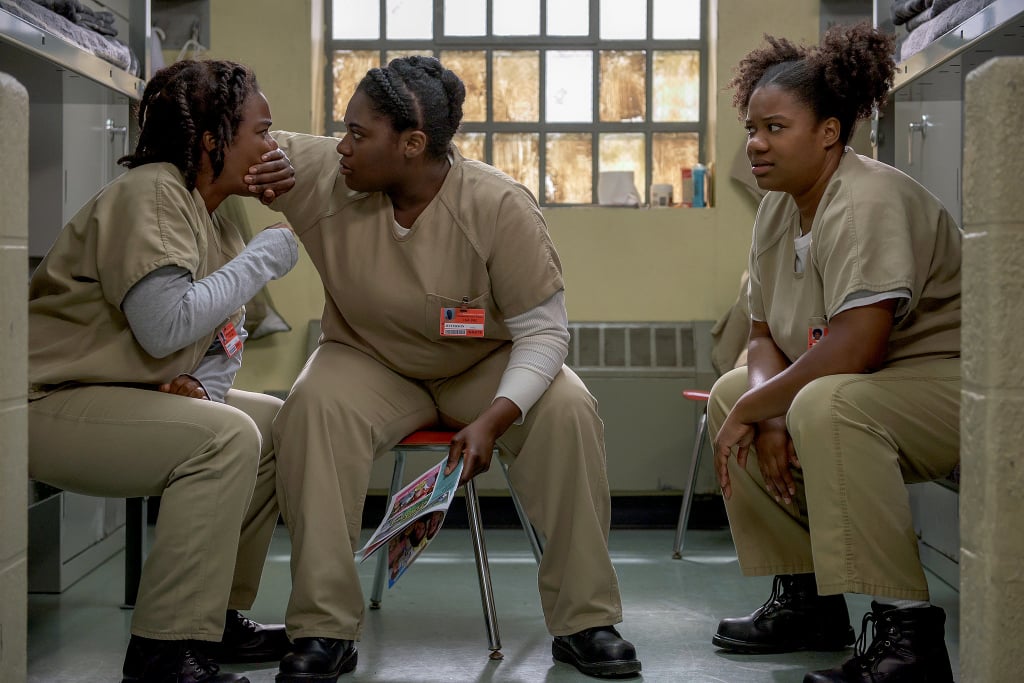 Danielle Brooks and Adrienne C. Moore Think Orange Is the New Black Could Change the World

When I first walked into the hotel room where I'd be interviewing Orange Is the New Black actresses Danielle Brooks and Adrienne C. Moore in late March, I heard laughter. Boisterous, happy laughter. Brooks, wearing a fluffy, white hotel robe and eating apple slices, chuckled away while Moore belted out a song, and although I wasn't in on their joke, it was hard not to want to smile right along with them. Brooks and Moore radiate the same kind of genuine closeness that makes watching their onscreen counterparts, Taystee and Cindy, so captivating and why thousands of people will be binge-watching the new season of Netflix's addicting prison drama this week. In between bouts of banter that felt just as hilarious and illuminating as anything that might be said between Cindy and Taystee in Litchfield's cafeteria, they discussed their characters, OITNB's stellar fourth season, and why the show just might have the power to change the world.