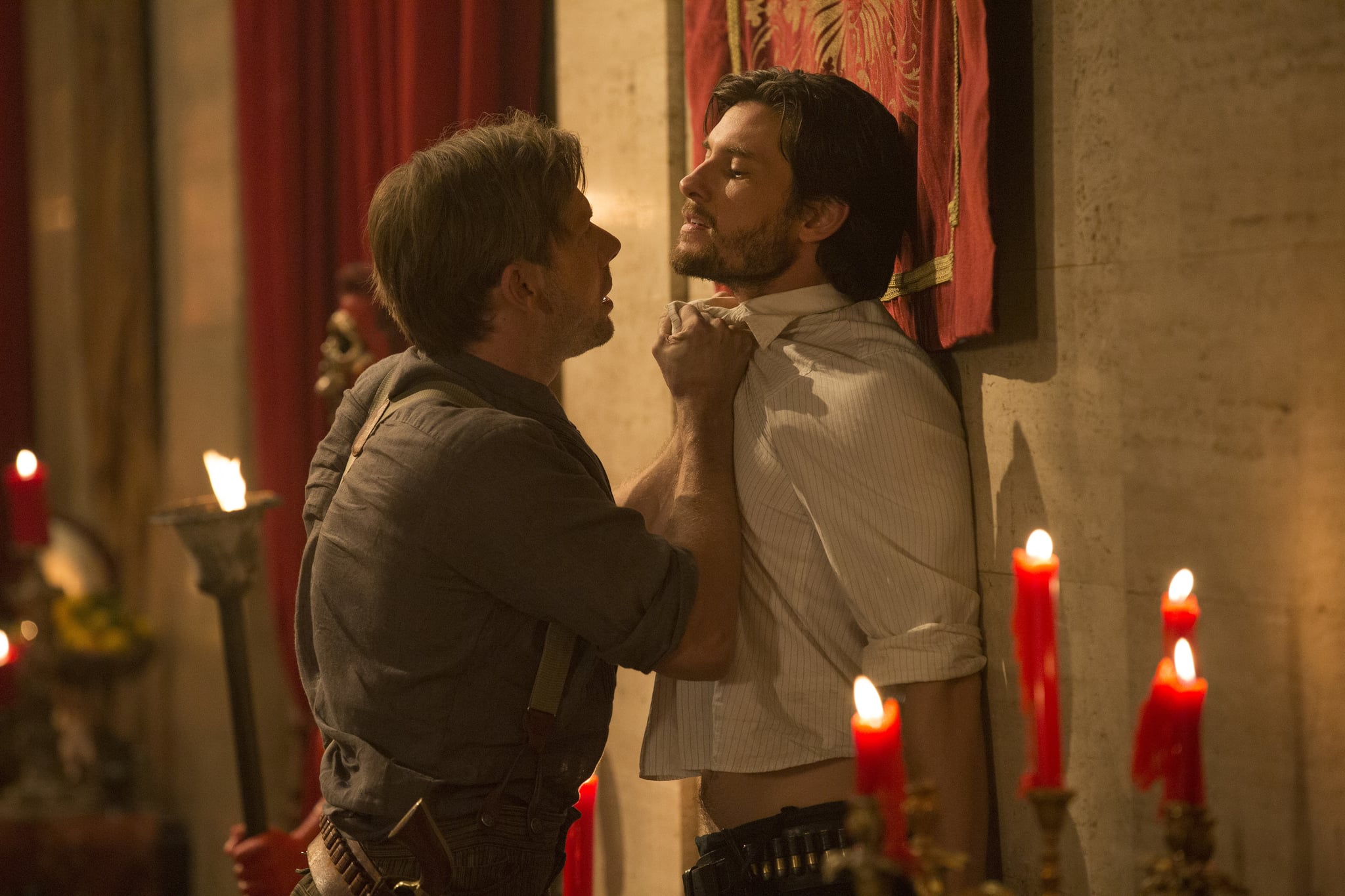 Whether you watched it when it first came out or decided to binge it in one weekend, Westworld season one is a lot to take in. Now that season two has premiered and introduced all of those timelines and fresh mysteries, there's even more to consider. Of all the questions that have crossed my mind while watching, the ones that still have me the most perplexed have to do with Logan Delos (Ben Barnes). The show leaves his storyline a bit ambiguous, even taking into account those season two flashbacks. Is he alive in the most current timeline? Has he died from an overdose?

In the first season, one of the biggest — OK, perhaps more obvious — shockers is that William (Jimmi Simpson) is the younger version of the Man in Black (Ed Harris). We find this out when he reveals to Dolores (Evan Rachel Wood) his "life story" in the season one finale. What we don't find out is what really happens to his brother-in-law, Logan. The last time we see the pair, William ties a naked Logan to a horse and releases him into the park. Before Logan rides off into the distance, William informs him that the company will be "more stable" in his hands.

Related:
Did You Catch Both of Those Kanye West Easter Eggs in Westworld's Latest Episode?

In the present-day timeline of season one, the company in question is Delos, and the Man in Black (present-day William) runs it. The now-prospering company owns a majority share of Westworld. Although the company is super successful, William spends his time trying to find meaning in the park. But when we see Delos board members at the gala in the season finale, we don't see any sign of Logan. Is he dead? According to an interview that Simpson (aka William) did with Insider, Logan may actually be alive.

The reason for releasing Logan into the park naked is to stage a mental breakdown. This would further prove William's claim that he should run Delos instead of Logan. "[William's] going to send him off, he'll get lost in the park, and it's just one more thing [Logan] has done that's not top-tier while they were on their stay," Simpson told Insider. 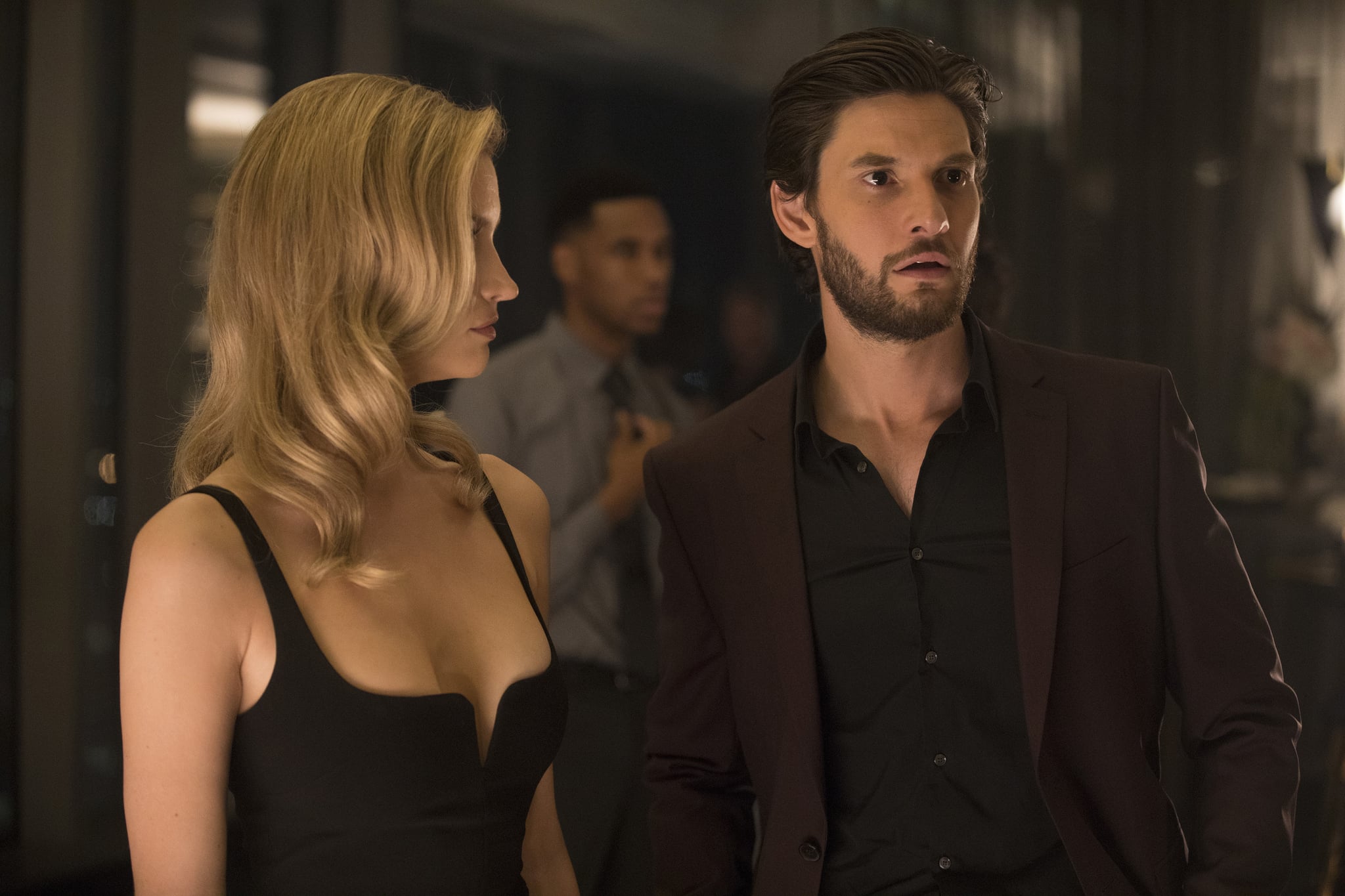 Throughout the show, Logan is a bit of a wildcard. In season two it becomes clear that Logan is just as cocky and brash outside of the park, though perhaps not quite as reckless. A series of flashbacks in the second episode, "Reunion," shows him being dazzled by a presentation meant to persuade him to invest in Westworld on behalf of his father's company, which we all know he does. Later in the same episode, we see William taking the reigns from Logan in the decision-making department, convincing Logan's dad (and William's father-in-law) to keep investing in Westworld for a nefarious purpose.

We have to imagine that William wouldn't have had that hard of a time convincing Logan's father that Logan was not fit to oversee an already fledgling company. "It's just one more bit of evidence [William] can go to [Logan's] father with and say, 'Look, let's just be honest with each other: he can stay on, he can stick around on the letterhead, but you know I'll run the company and it will be very successful for this reason and this reason,'" Simpson said.

Related:
Confused About Westworld's Season 2 Timelines? Let's Break Down All 5 of Them

As for what season two reveals about whether or not Logan is alive or dead, that's a bit more vague. The last time we see him is in a timeline after Westworld has already been opened, where his family has gathered for a lavish retirement party for his father. A wide-eyed Dolores is in attendance as the event's piano player, but later she wanders outside and stumbles upon Logan shooting up. They share a brief conversation in which Logan criticizes his family, and then he raises a glass saying, "Here's to you, assholes." Between his hatred of both his family and the Delos company, as well as what looks like a drug addiction, things aren't looking great for Logan.

We've yet to see him in the most current timeline, or even in the timeline that's going on in the immediate aftermath of the massacre. Dead or alive, we have a feeling his fate will be revealed one way or another in a classic Westworld twist.