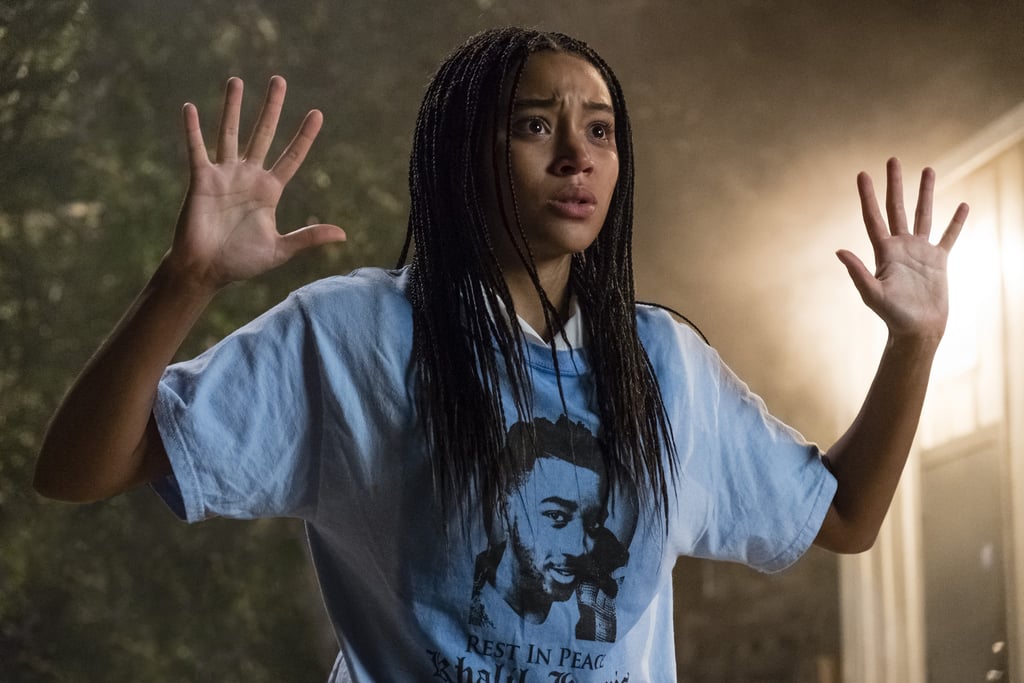 Warning: Spoilers for The Hate U Give ahead.

There are some movies that you just know are going to be an emotional experience you'll never forget. The book-to-movie adaptation of The Hate U Give, the 2017 YA bestseller by Angie Thomas, is exactly that kind of movie. With stunning performances from a star-studded cast featuring Amandla Stenberg, Regina Hall, and Russell Hornsby, The Hate U Give takes its audience on a thought-provoking journey that tackles race, police brutality, and black identity. Starr Carter, played by Amandla Stenberg in the film, narrates her story as she deals with the aftermath of witnessing her friend Khalil's death at the hands of the police and the repercussions it has on the lives around her.

There's a lot to pack into a two-hour movie, but with a screenplay written by the late Audrey Wells and such an amazing cast, director George Tillman Jr. brings the story of Starr and Khalil to life with startling realism. While the film is a faithful telling of the novel, there are a few differences that only readers of the book will be able to spot. The Hate U Give is set to hit theaters nationwide on Oct. 19, but before you see the film, check out the key ways the movie differs from the printed story.

Related:
You Won't Be Able to Get Any of the Songs From The Hate U Give Soundtrack Out of Your Head
Previous Next Start Slideshow
BooksMoviesBooks To MoviesBook SpoilersThe Hate U Give