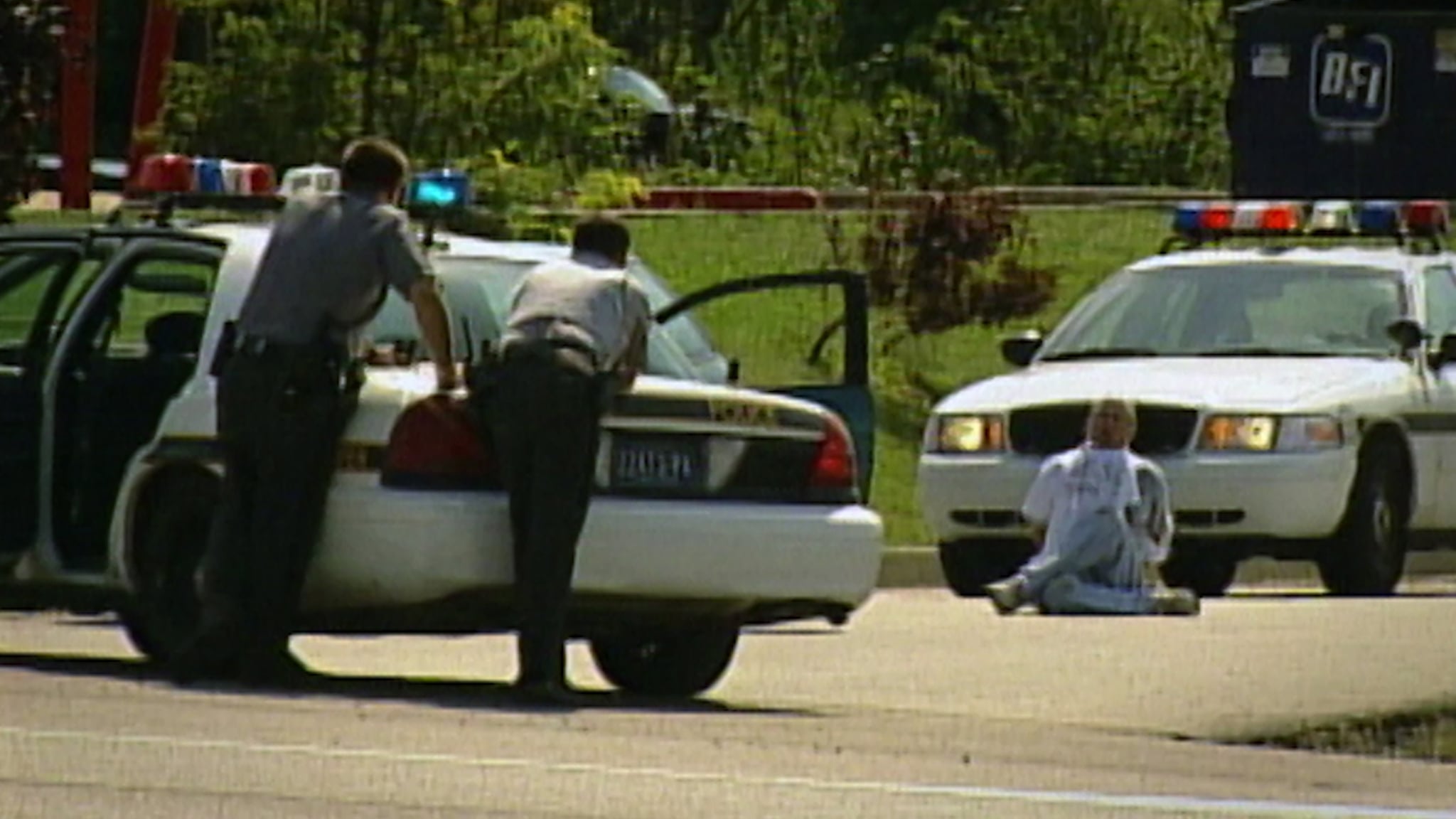 Editor's Note: The following contains spoilers for the Netflix docuseries Evil Genius. It also describes violent content that some audiences may find disturbing.

Netflix's new docuseries Evil Genius might be your new true crime addiction, especially if you were obsessed with projects like Making a Murderer and The Keepers. But don't press "play" unprepared or you could find yourself unwittingly witnessing some seriously gruesome stuff.

You'll find yourself captivated by the four-part show, which dives deep into the investigation surrounding the murder of Brian Wells (also known as "the Pizza Bomber") and attempts to find links between other mysterious deaths in the town. The story feels almost too insane to be real — if it were a fictional movie plot, you might think: "Eh, this feels like a bit of a stretch."

Around the 10-minute mark, viewers are greeted by the actual video footage of the collar bomb exploding.

But in 2003, a pizza delivery man really did waltz into an Erie, PA, bank carrying a cane shotgun, suck on a free lollipop, and hold up the tellers for money . . . all while wearing a bulky contraption around his neck, covered in a T-shirt that ominously read "Guess." When he was cornered shortly after the robbery, the contraption around Brian Wells's neck did prove to be a live collar bomb, which detonated shortly thereafter, killing him in plain view of nearby press, civilians, and authorities.

Horrifyingly, this last bit was captured on camera.

While some might expect the Netflix series to tread lightly around the violent death of Brian Wells, Evil Genius is a particularly jarring reminder that there are no guidelines restricting gruesome images from being shown onscreen. Around the 10-minute mark of the first episode, viewers are greeted by the actual video footage of the bomb — which is locked around Brian Wells's neck like a twisted sort of necklace — exploding, sending shards of shrapnel into his chest and killing him.

The footage is shown or implied again several times in the docuseries, but the aforementioned instance in the premiere episode is the only one where the footage is unblurred. So if you plan to watch Evil Genius but want to avoid witnessing a real person's tragic death, be sure to shut your eyes around 10 minutes in to the first episode . . . your brain will thank you for it.