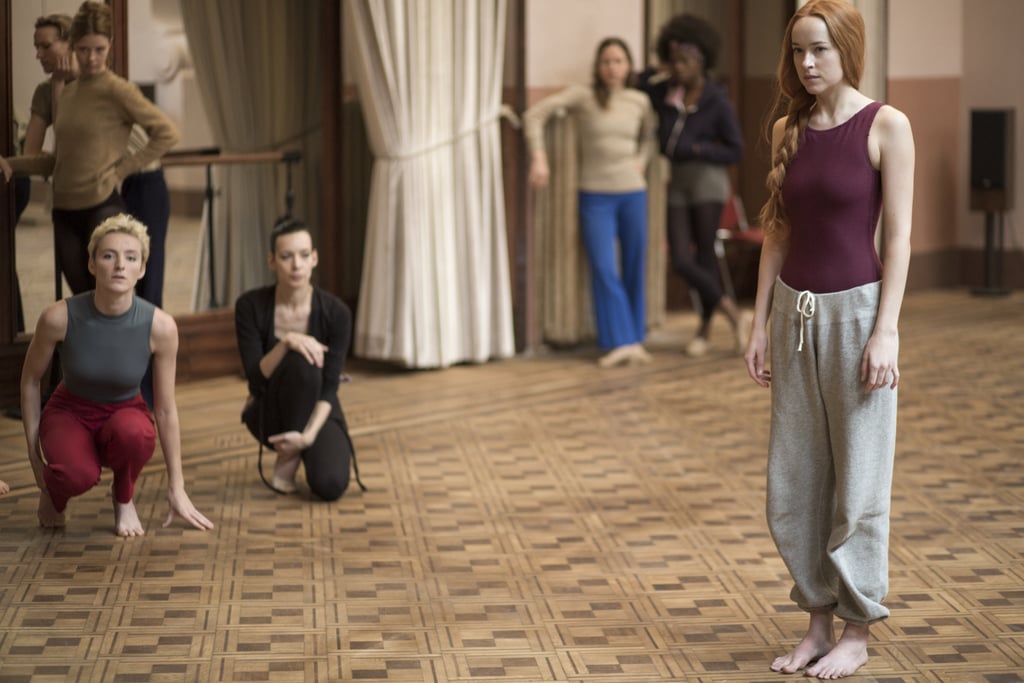 Suspiria is still a few months away from arriving in theaters, but we've already gotten two exciting nuggets of information about the horror film straight from director Luca Guadagnino: there's definitely a postcredits scene, and there might be two sequels. Scary movie-lovers, we are blessed.

The Call Me by Your Name director recently sat down with Deadline to discuss the film starring Dakota Johnson and Tilda Swinton, a remake of the 1977 movie of the same name. He noted that they were going to title it Suspiria: Part One at first because the original Suspiria, directed by Dario Argento, was actually part of "The Three Mothers" trilogy, which also includes 1980's Inferno and 2007's The Mother of Tears. Ultimately, Guadagnino decided against tying the title of the film to the trilogy.

Related:
Yes, Suspiria's New Trailer Will Give You Nightmares

"At the beginning we were going to title the movie Suspiria: Part One but we didn't want to give the impression of something that couldn't stand alone," he said. "Truthfully, I'd be interested to explore the origin of Madame Blanc and Helena Markos and also the future of Suzy Bannion in the world. So maybe. We'll have to see how the movie goes."

In addition to diving into the backstory of Tilda Swinton's Madame Blanc (the leader of a world-renown dance company and a deadly coven) and Helena Markos (a powerful witch from the Three Mothers trilogy), the director confirmed that there's a scene worth sticking around past the credits for. When Deadline asked him what "the message" was behind the final shot, Guadagnino said that the character featured in the scene is "is looking forward towards something. I think it would be interesting to know what that is . . ."

Suspiria doesn't come out until Oct. 26, but until then, take a look at all the chilling photos from the film that have been released thus far, ahead.

Friends
From "Fat Monica" to Fat Amy: How Hollywood Highlighted My Internalized Fatphobia
by Grayson Gilcrease 20 hours ago