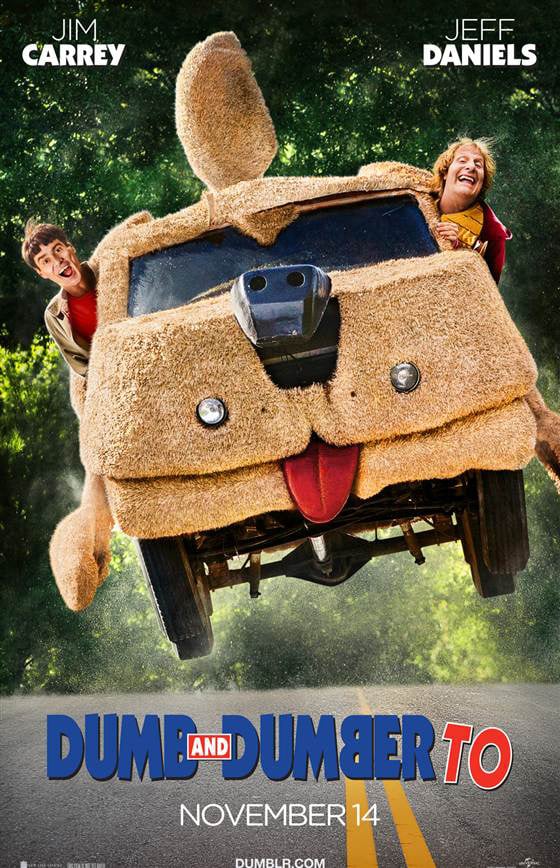 The first official poster for Dumb and Dumber To has arrived, and brace yourself — the dog car is back. Though I first got to know Jeff Daniels as a comedic actor, the first thing that occurs to me when I see this is how weird it is to see Will McAvoy from The Newsroom with his head out of a giant dog's ear. That being said, I love it. He and Jim Carrey have both returned for the sequel, which finds their dumb duo on a road trip attempting to locate the child that Harry (Daniels) never knew he had. The movie is out Nov. 14, but the trailer will be released tonight on The Tonight Show Starring Jimmy Fallon.

MoviesMovie Posters
Around The Web