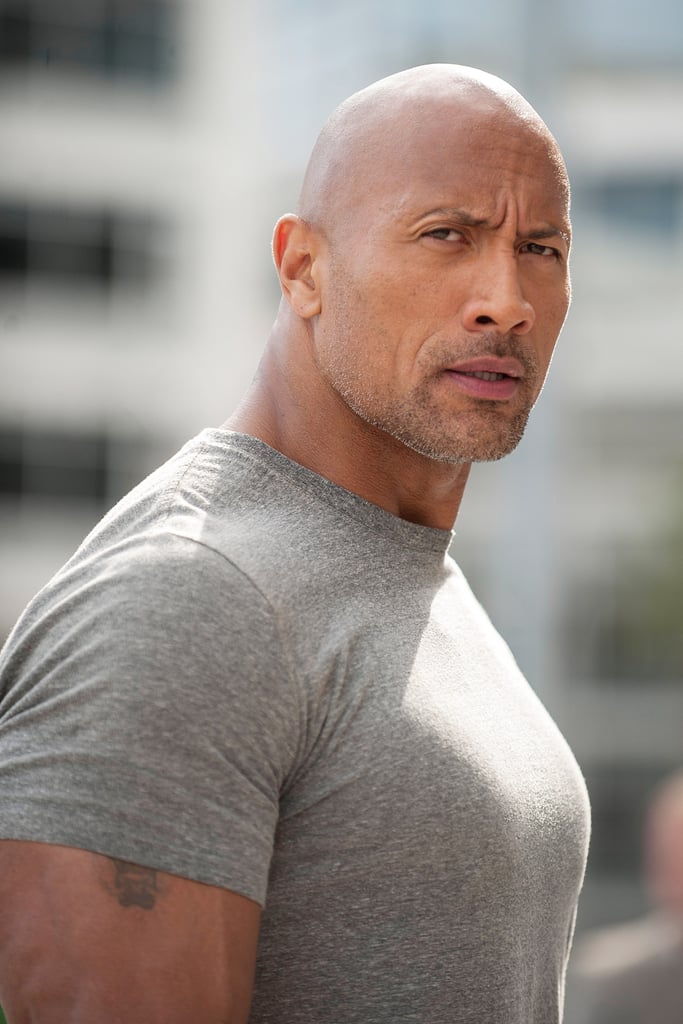 Dwayne "The Rock" Johnson first burst onto the scene as a wrestler on WWE, and while many swooned over his ridiciously good looks and signature charm, it wasn't until he broke into the acting world that the world actually took notice of the star's bulging muscles and million-dollar smile. With blockbuster hits like The Scorpion King, Hercules, and the Fast and the Furious series under his belt, there's no denying that Dwayne pretty much looks good in anything — but of course, he looks even better when he's shirtless. Check out The Rock's sexiest onscreen moments, and then let us count all the ways we love him. PS — You might want to grab a cold towel because things are about to get steamy!