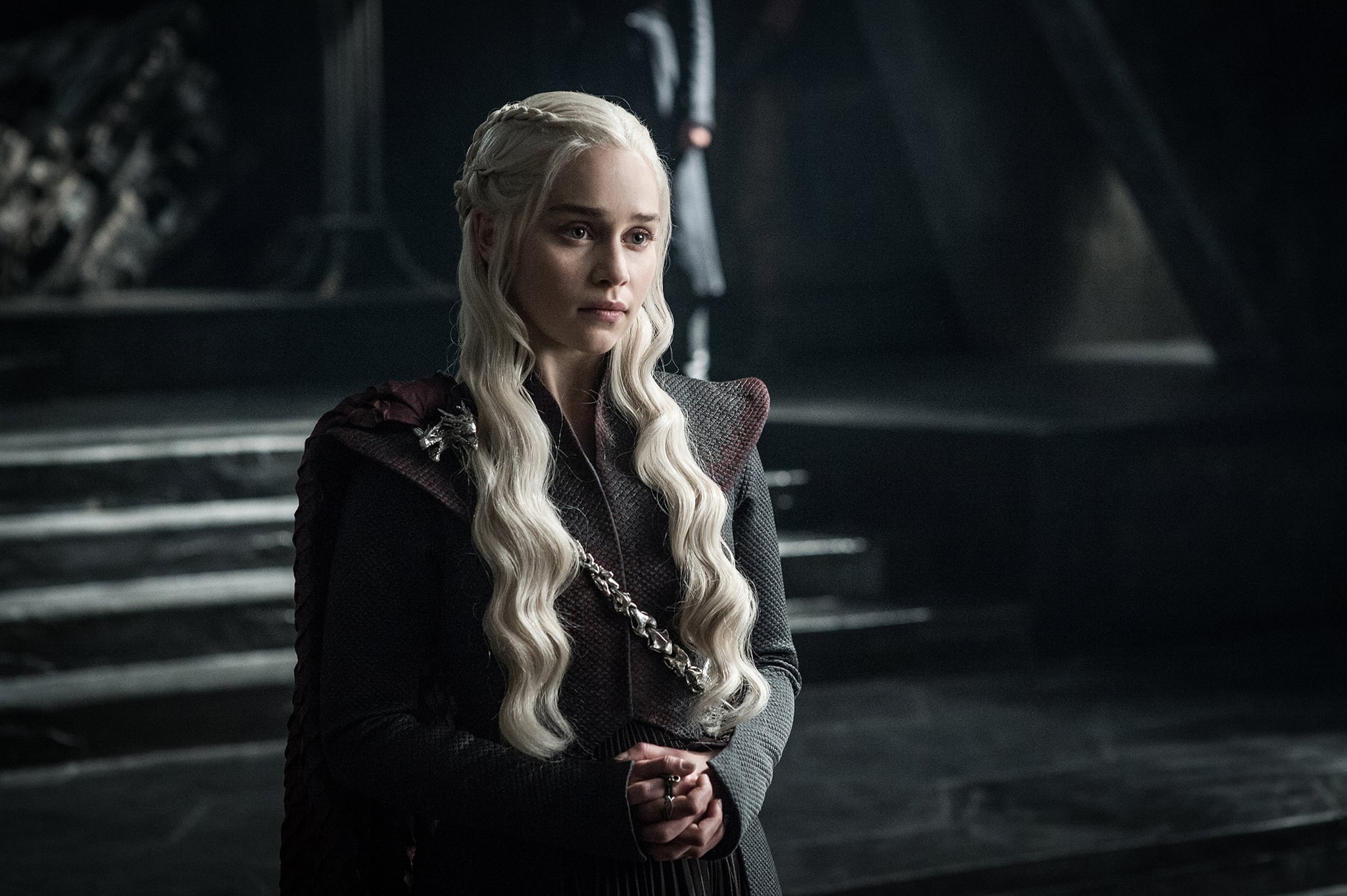 Fans have a year before the final season of Game of Thrones begins, but for the cast, the end is already here. On Sunday, the Mother of Dragons herself, Emilia Clarke, posted an emotional goodbye that paid tribute to the show's well-known filming location in Northern Ireland as well as the HBO fantasy series itself. The actress had attended the London stop of Beyoncé and JAY Z's OTR II Tour on Friday before heading back to Ireland, where things got real.

"Hopped on a boat to an island to say goodbye to the land that has been my home away from home for almost a decade. It's been a trip @gameofthrones thank you for the life I never dreamed I'd be able to live and the family I'll never stop missing."

Clarke also spent time with castmates Conleth Hill (Lord Varys) and John Bradley (Samwell Tarley) at a Liam Gallagher concert as they all wrapped up production on season eight of Game of Thrones. The final season will premiere late 2019, but the 31-year-old star has teased fans about what to expect for fan favorite Daenerys Targaryen. While speaking to Vanity Fair, Clarke said Daenerys Targaryen's last scene is intense, to say the least. "It f*cked me up," she explained. "Knowing that is going to be a lasting flavor in someone's mouth of what Daenerys is." She's also said that she expects fans to have mixed reactions, revealing to The Herald Sun that "people will scream, and people will say, 'That's exactly what I wanted.'"

We'll try to keep it together until then, but she's definitely not making it easy!