Fall drama Sicario is not just a major turning point in Emily Blunt's career; it's also the best chance she's ever had at getting an Oscar. The actress has the lead in the drug-trafficking drama as Kate, an FBI agent recruited for a special task force meant to root out drug-related crime. Once she accepts her new position, though, she becomes embroiled in a nightmarish world of violence, a far-reaching network of corruption, and a murky pool of moral relativism. To say any more about the movie would give up too much info about the film (and you really should see it), but there's one thing we can go over without spoiling too much: Emily Blunt's Oscar chances. 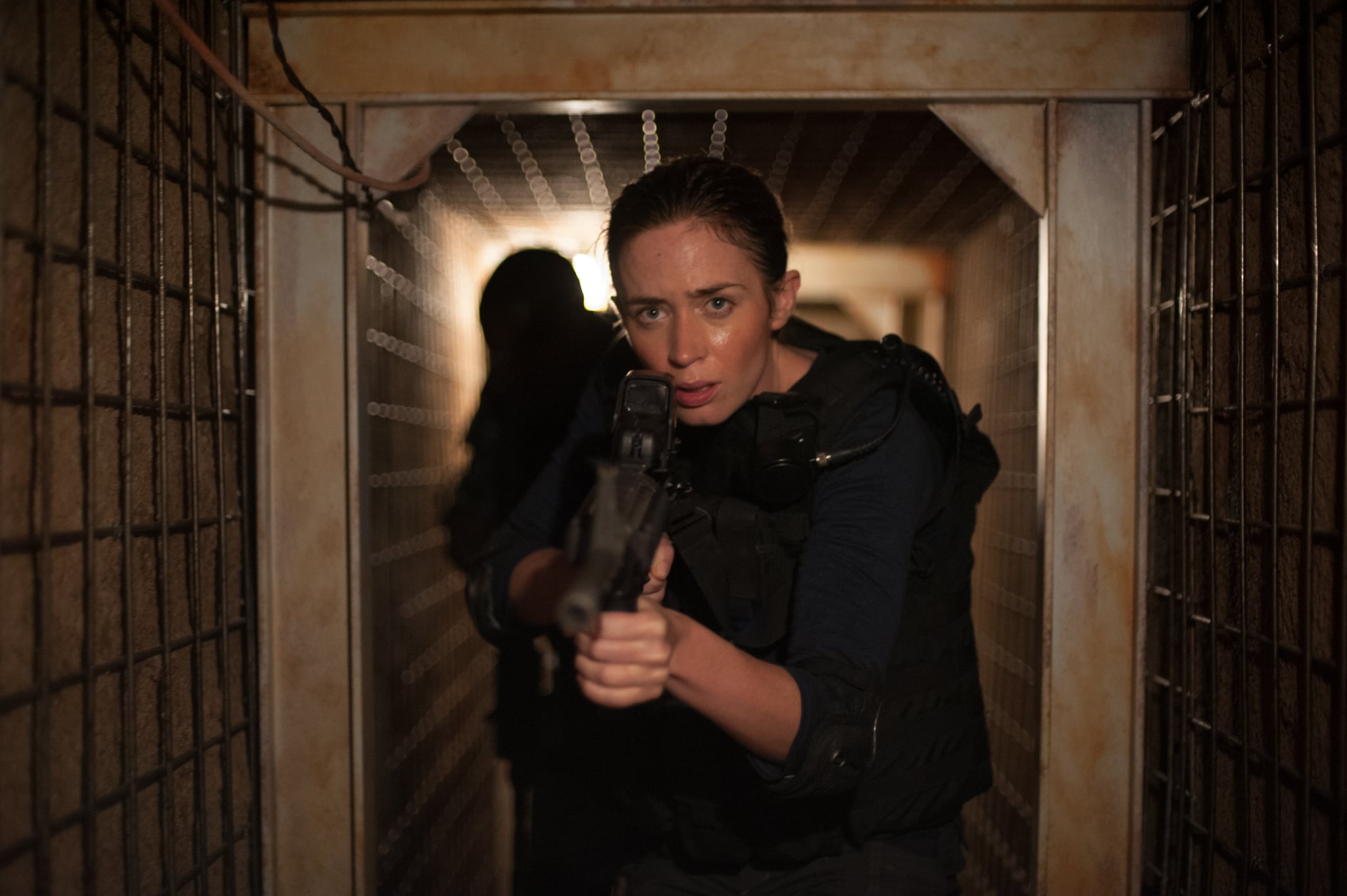 Blunt has never been nominated for an Oscar before, but she's been consistently impressing movie audiences since she broke out in 2006's The Devil Wears Prada (a movie she stole, I might add). Now, with Blunt's Oscar buzz after Sicario's TIFF debut, it's time to talk about why Blunt deserves this accolade and what her chances might be.

It's not the kind of role we often see a woman in, frankly.

Blunt leads the cast of Sicario as the main character and the story's moral center. But what's different about it is that she's an FBI agent in a web of drug trafficking, and of the drug trafficking dramas that have hit the big screen, it's never a woman as the protagonist, leading the charge. This doesn't mean that Blunt deserves to be rewarded simply for being a woman in a typically male role, but what she does in the film is allow you to forget that it matters. It doesn't, and Blunt's character Kate neither comes off as someone with stereotypically feminine traits, nor is she trying to bury them, as so many female characters in a role like this might. Like I said, once Blunt is on screen, you just become engrossed in who she is, and that's entirely because of her talent.

She plays with the moral ambiguity masterfully.

Without giving away too much, Kate gets involved in a situation that's far more complicated and darker than she had been led to believe. She's a woman who does the right thing, but she is thrust into a world where the right thing is subjective. Blunt's moral struggle happens on screen, and it's one of the first times that Blunt has gotten material this meaty.

What do we think her chances are?

They're high. Consider the kind of role and the kind of film this is (read: Oscar bait) and the fact that the awards buzz around her began the minute the film debuted at the Cannes Film Festival in the Spring. It only got louder with the Toronto International Film Festival, and the movie's release date (Oct. 2) is the right time to get the momentum started. Let's start those Oscar pools now!