Endless Love casts Alex Pettyfer and Gabriella Wilde as teens who fall in love at the end of high school, only to have their Summer of romance marred by her father's disapproval. The ups and downs of their relationship don't make for a movie of much substance, but it is so bad, it's good — good to watch with a friend who will also appreciate the (guilty) pleasure of it all. Here are the reasons you will be highly entertained by Endless Love . . . though they may not be the intended ones. 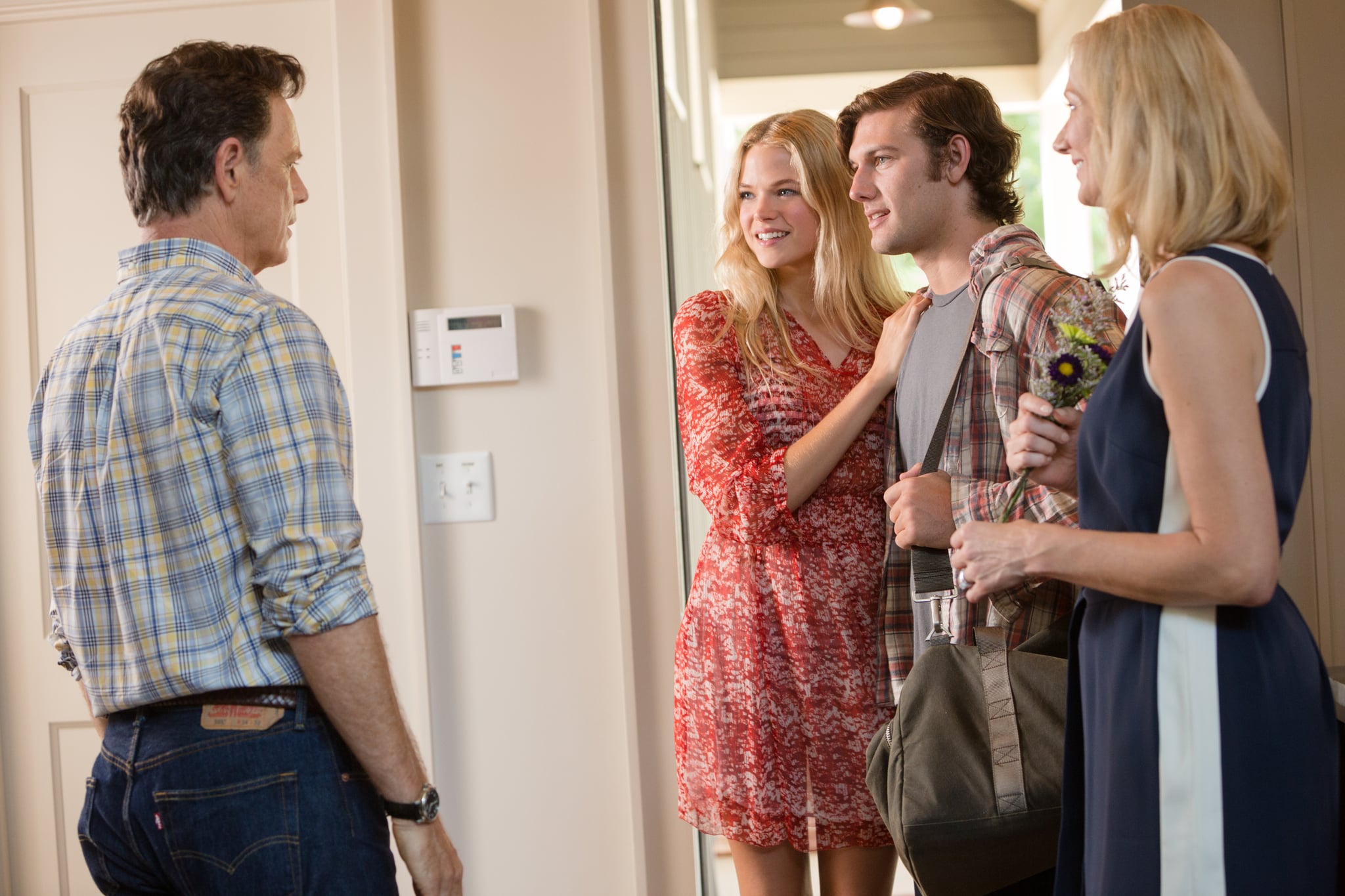 David (Pettyfer) and Jade (Wilde) finally interface on the day of their high school graduation: he's the kid with the blue-collar upbringing, and she's the beautiful, brilliant loner from a wealthy family who's headed to medical school. Her father (Bruce Greenwood) will do anything to keep them apart so as not to jeopardize Jade's future, but the two can't and won't stay away from each other. Their connection is reminiscent of another recent pop culture romance: Twilight's. Like Edward and Bella, David and Jade love each other but fight outside forces that want to tear them apart, the movie has tons of romantic flourishes, and you can't take your eyes off the male lead's hair (but in Pettyfer's case, it's because his hair is not good). More importantly, it gives you that same feeling Twilight did: the story is sweepingly romantic but both unrealistic and ultracheesy. That said, if you liked the Stephenie Meyer adaptation, then this is right up your alley.

Good romantic dialogue can make you tear up and feel things, but cheesy dialogue will just make you giggle, and in some parts, Endless Love is a laugh riot. If you're not laughing, you may also be cringing at stuff like "I want to feel this with you," said just before a love scene.

Don't be surprised if you find yourself unable to stop talking to the screen to inform the characters that what they're doing doesn't make sense. Lots of real-life rules have been bent to accommodate the movie's plot, like airport procedures and how laws work. Just remind yourself: this is what fiction means.

One of the scenes that will make your eyes roll? When Jade hosts a party, her brother suggests a party game in which each couple will choreograph a dance to a certain song and then perform it for the group. You know, as people usually do at parties. Even less realistically, all the 18-year-olds comply and create routines for everyone's entertainment. It's one of the places you're rolling your eyes but also kind of digging the performance to an indie song that you did not know you could coordinate a dance to.

Jade's father is staunchly against his daughter's relationship, yet her character doesn't seem to worry about getting physical with her boyfriend under her parents' roof (and letting him sleep over!). They storm out of or into rooms at the wrong moments and make questionable decisions throughout. It keeps you on your toes (and hopefully distracts you from Pettyfer's long but not glorious locks).