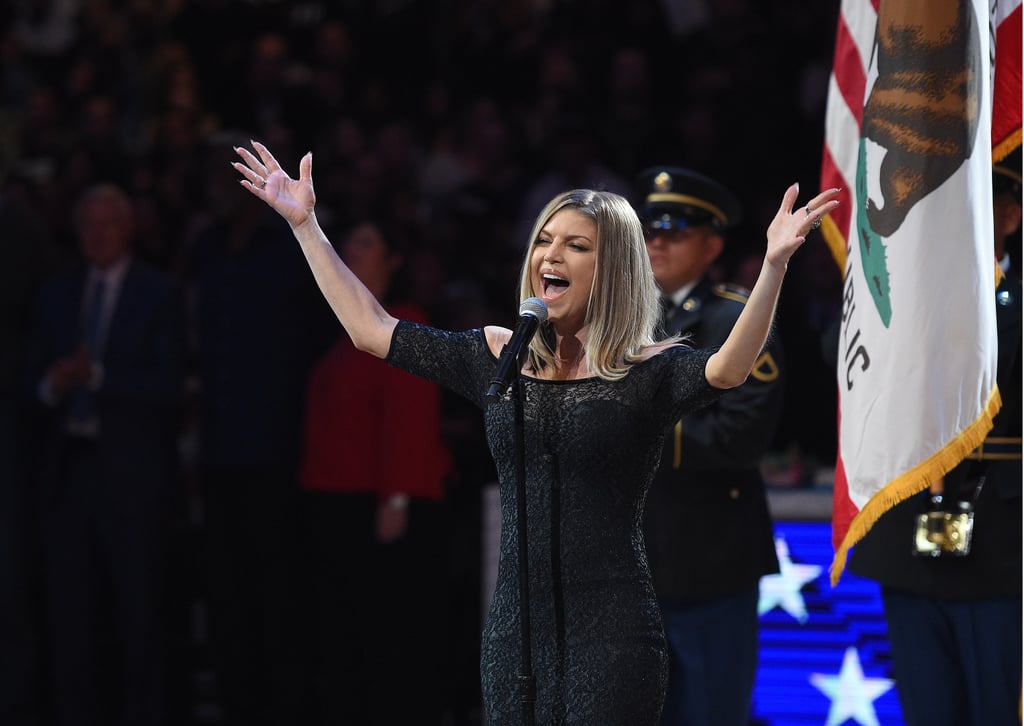 Update: Fergie released a statement via TMZ after the controversy surrounding her rendition of "The Star-Spangled Banner." It reads: "I've always been honored and proud to perform the national anthem and last night I wanted to try something special for the NBA. I'm a risk taker artistically, but clearly this rendition didn't strike the intended tone. I love this country and honestly tried my best."

Original post: Fergie performed a blues version of "The Star-Spangled Banner" at the NBA All-Star Game in Los Angeles on Sunday, and people had a lot to say about it. Retired basketball player and Inside the NBA analyst Charles Barkley joked he "needed a cigarette" after the 42-year-old's performance, while Shaquille O'Neal came to her defense, saying, "Fergie, I love you. It was different. It was sexy. I liked it. Leave her alone," according to ESPN. When the singer finished her version of the song, she got huge cheers from the audience and said, "Let's play some basketball!" The internet had a lot of feelings about the whole thing. Keep scrolling to see her performance and how some players reacted.

Related:
Nothing Stops Beyoncé and Blue Ivy From Taking a Selfie — Including the NBA All-Star Game
Previous Next Start Slideshow
FergieMusicNBA