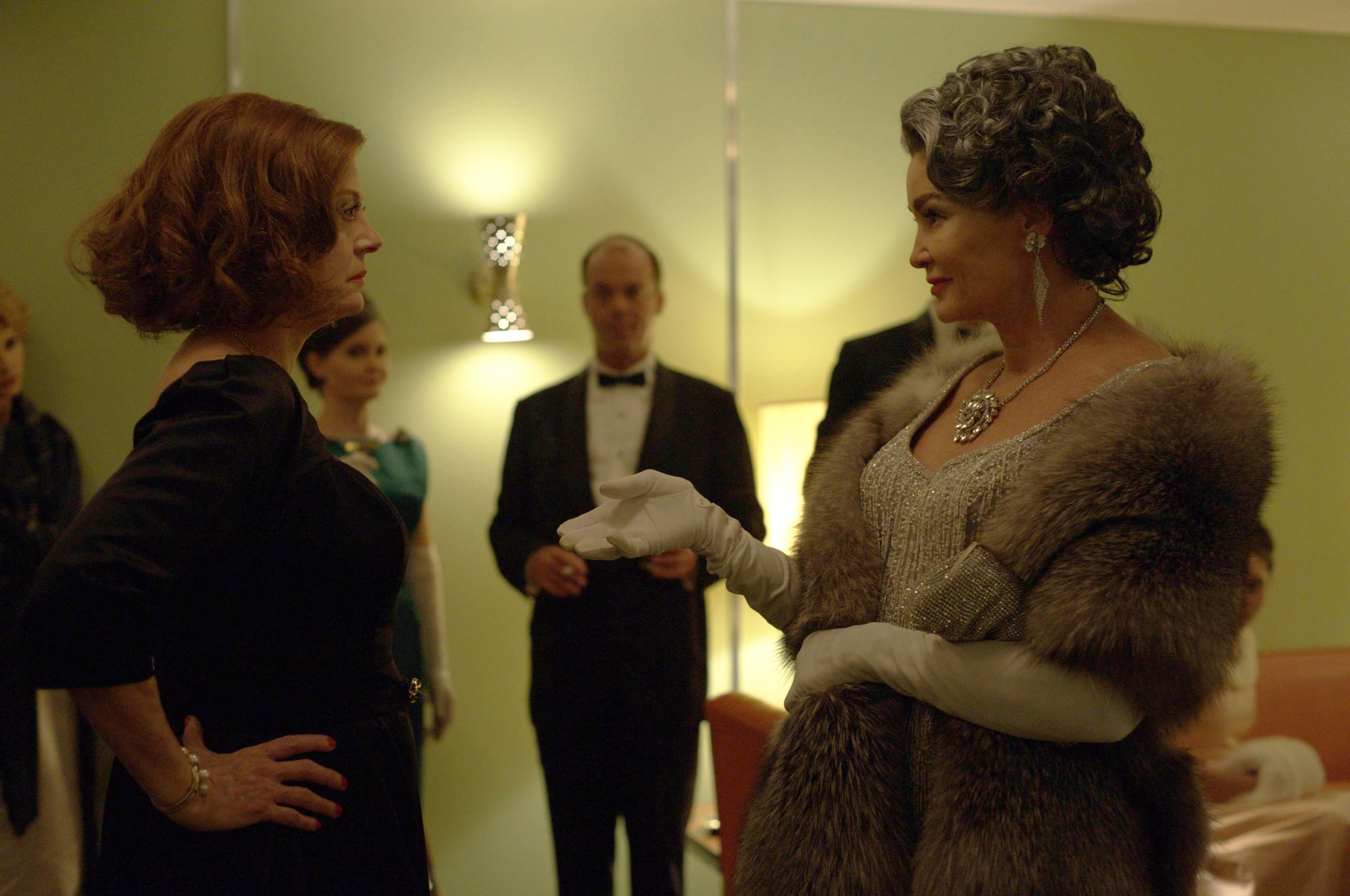 Ryan Murphy has moved all his bags into FX and unpacked, and he's planning on staying for quite a while. After the success of American Horror Story (which has been renewed through season nine) and Emmy darling The People v. O. J. Simpson: American Crime Story, he's continuing the limited series formula with Feud. Each season will focus on an infamous Hollywood feud, beginning with a classic rivalry from the Golden Age of film. The cast is loaded with talent, and the first season is about to debut. Here's what you need to know about the show before it hits the small screen!

According to FX, the season "tells the story of the legendary rivalry between Joan Crawford (Jessica Lange) and Bette Davis (Susan Sarandon) during their collaboration on the Academy Award-nominated thriller What Ever Happened to Baby Jane?, and well after the cameras stopped rolling. The series explores how the two women endured ageism, sexism, and misogyny while struggling to hang on to success and fame in the twilight of their careers."

Season one will premiere on Sunday, March 5!