This sexy photo of Chris Pratt in director Colin Trevorrow's Jurassic World has surfaced on Reddit. We've already been nursing our major crush on Pratt while he's been promoting Guardians of the Galaxy, but this just pushed us over the edge. Who wouldn't want to see that guy battling dinosaurs? The movie is set for a June 12, 2015, release, and we have yet to see pictures of costars Judy Greer, Bryce Dallas Howard, or Jake Johnson, but rest assured, they're on the way. Until then, just stare into Pratt's eyes longingly. 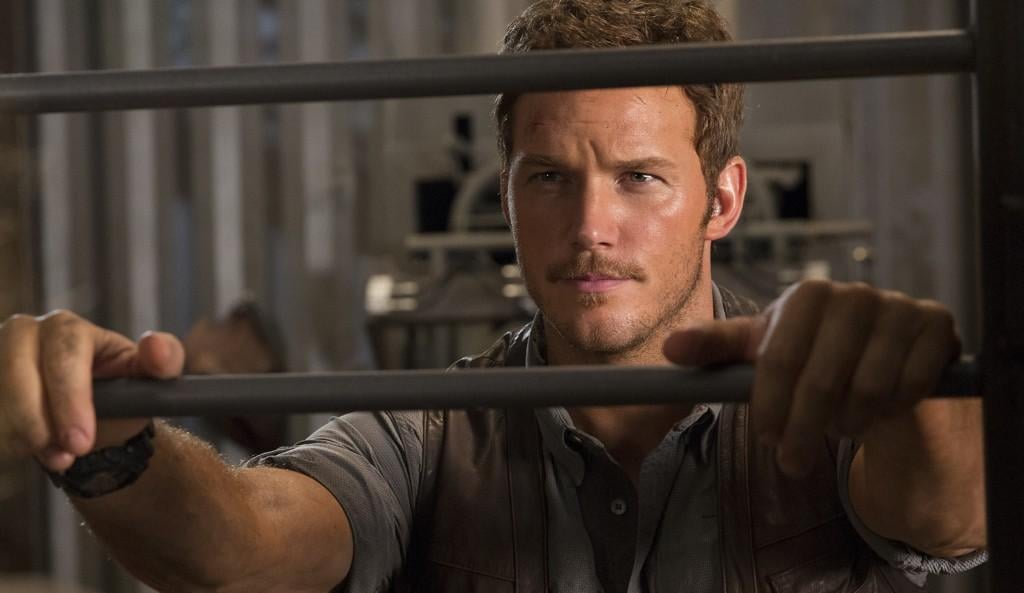 Jason Momoa
Conflicted About Jason Momoa Being Cast as Frosty the Snowman? Yeah, Same Here
by Victoria Messina 18 hours ago

Movies
In Case You Were Wondering, There's a Lot Less Dialogue in Hamilton Than You'd Expect
by Grayson Gilcrease 20 hours ago