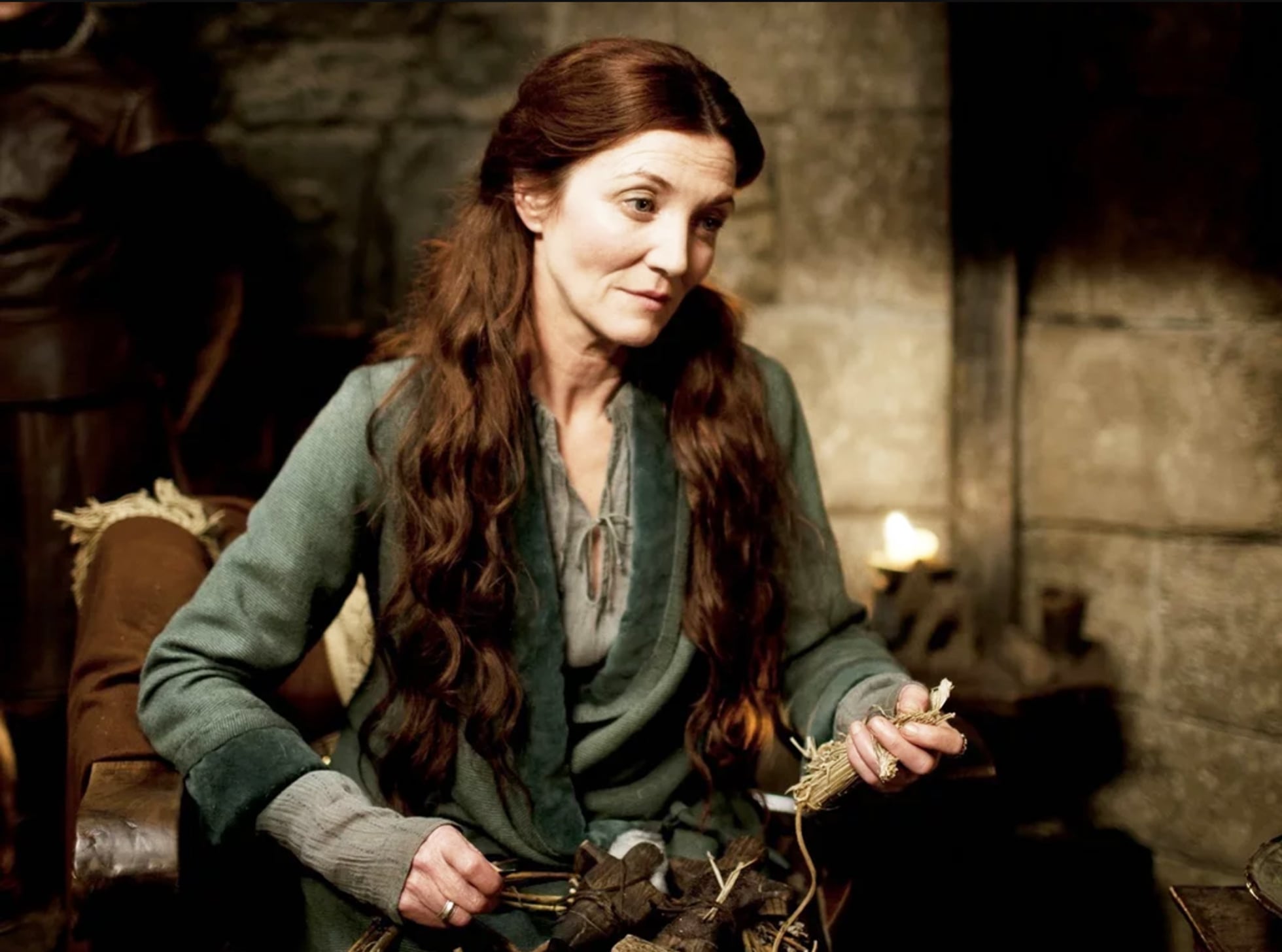 Any Game of Thrones "purist" will huff and puff and declare how different the hit HBO TV show has become from its source material, George R.R. Martin's series of epic fantasy novels, A Song of Ice and Fire. (I'll admit it: as a book reader myself, I've had to choke back "But that's not how it happens in the books!" a few times while watching the show.) And while most are at peace with the fact that the show has outpaced the books and will therefore differ in the story details, it's not always easy to accept the changes . . . especially (and understandably) for the series creator and author, Martin.

When asked about whether he can mentally separate his book characters from their TV series counterparts, Martin revealed that he wasn't always at peace with deviating from the original source material. Specifically in the earlier seasons of the show, before it outpaced Martin's novels, there was contention about which storylines could be compromised and which were inarguable. In an interview with Time, the author talked about the story he didn't want changed:

"At some points, when David and Dan and I had discussions about what way we should go in, I would always favor sticking with the books, while they would favor making changes. I think one of the biggest ones would probably be when they made the decision not to bring Catelyn Stark back as Lady Stoneheart. That was probably the first major diversion of the show from the books and, you know, I argued against that, and David and Dan made that decision.

In my version of the story, Catelyn Stark is reimbued with a kind of life and becomes this vengeful wight who galvanizes a group of people around her and is trying to exact her revenge on the Riverlands. David and Dan made a decision not to go in that direction in their story, pursuing other threads. But both of them are equally valid, I think, because Catelyn Stark is a fictional character and she doesn't exist. You can tell either story about her."

In case you're unfamiliar, Lady Stoneheart is the haunting reincarnation of the brutally murdered Catelyn Stark who travels the Riverlands with a band of men exacting vengeance against the Frey family. Of course, with so many stories unfolding on Game of Thrones within each season, it'd be impossible to include them all . . . but we have to agree with Martin that this would have been an awesome one to watch.

Image Source: HBO
Game Of ThronesHBOBooksTVGeorge RR MartinBooks To TV
Around The Web

TV
This Sneak Peek of the New Season of Fixer Upper Features Chip and Joanna's Youngest Son, Crew
by Haley Lyndes 1 hour ago

TV
Could Pietro Maximoff Make a Comeback on WandaVision? We Have Some Ideas
by Mekishana Pierre 3 hours ago

Zendaya
Even After Winning an Emmy, Zendaya Still Considers Herself a "Disney Kid"
by Kelsie Gibson 5 hours ago