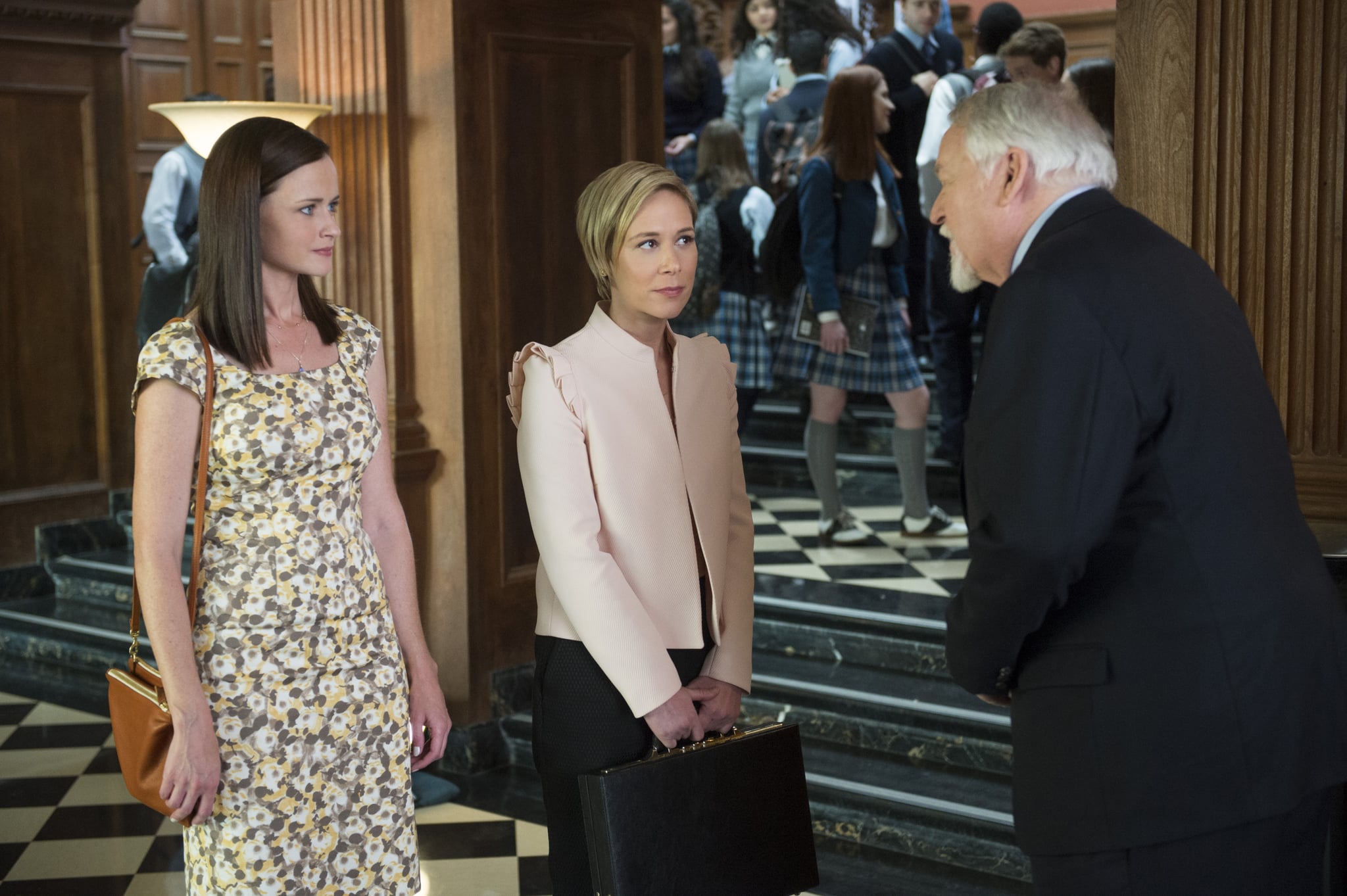 "Well, let's see, perhaps you're arguing over the same boy?"

"We're girls, so we could only be arguing about a boy, right?"

The Gilmore Girls firecracker and Rory Gilmore's overachieving friend was just one of the original show's many fearless and ambitious female characters. Yet I was shocked to find that her character, not to mention Rory and Lorelai, are arguably dumb downed in the anticipated, almost-10-years-in-the-making revival, Gilmore Girls: A Year in the Life.

The four-part Netflix event was supposed to be a treasure trove of answers for Gilmore Girls fans like me. After leaving the sixth season due to contract issues, Gilmore Girls creator Amy Sherman-Palladino was finally granted a second chance to end her cult series the way she had intended. We couldn't wait to be transported back to the homey small town of Stars Hallow, Connecticut, where we'd catch up with our favorite fast-talking characters. But for me, instead of finding the strong women the first iteration of the show revolved around, I found my favorite characters almost unrecognizable.

While Rory Gilmore's "jobless millennial" plotline is super relatable, the Yale graduate and freelance journalist looks for escape in the wrong places . . . and the wrong beds. Her affair with ex Logan Huntzberger is possibly one of the biggest disappointments for me personally, especially after seeing Rory ruin her first boyfriend Dean's marriage in season four. It was history repeating itself, but worse: it's Rory admitting defeat by looking for completion in men she sleeps with.

Even her encounters with exes Jess and Dean seem too dependent. Much like the time Jess had to talk sense into Rory after dropping out of Yale in season six, Jess Mariano saves Rory yet again by convincing her to write a book about her relationship with her mother. Her encounter with Dean is no less damsel in distress. The three-minute long reunion in Doose's market (of course!) includes a very unnecessary monologue from Rory, who can't help but tell a now-married Dean that their relationship made her understand what "safe" felt like.

Even Lorelai Gilmore doing a Wild (book, not the movie) isn't as liberating as it may seem. Though the brief, yet hilarious venture results in a tear-jerking and much-needed reunion between her and her mother Emily, Lorelai doesn't get inspired to fly out to California and embark on the rigorous hike until troubles start boiling between her and Luke. Even some of the women Lorelai meets at the Pacific Crest Trail admit to being there because of heartbreak. "I said you were divorced," admits a hiker to Lorelai around a campfire of women in need of a "new life."

And possibly the most disappointing of revelations? That Paris Geller doubts herself just because a man won't look at her. The power suit-wearing character seems just as balls to the wall as the Paris we last saw leaving the hallways of Yale University until that moment. Not only is she a successful career woman in A Year in the Life, but she seems almost unfazed by her divorce from her college sweetheart, Doyle. At least, that what it seems, until we see Paris have a mini-breakdown in the Chilton girl's restroom after delivering a motivational and anxiety-inducing speech.

After seeing her high school crush Tristan flirting with a gorgeous woman in the hallway, Paris' strong independent woman facade immediately disintegrates and is instead replaced by the unfulfilled-career-woman-seeking-love trope. Paris Geller, is that you?

"He didn't even look at me. Not so much a glance. All my education, the advanced degrees, the academic awards, all my accomplishments . . . and I'm still just Paris Geller," she whines as she sulks on the restroom couch. "The amazing, insignificant, invisible girl."

The last four words of the series are also a testament to the revival's backward approach to what was once regarded as a unique feminist perspective on womanhood. The revival's four episodes (Winter, Spring, Summer, and Fall) all dealt with conventional female themes such as child-bearing and marriage. From Lorelai and Luke's unexpected discussions about parenthood, to Paris's career as a doctor in a surrogacy clinic, you couldn't shake the feeling that a baby would be in the cards for one of our leading ladies. This is probably why the final four words ("Mom?" "Yeah?" "I'm Pregnant") didn't seem that much of a shocker.

Even the conversation the mother-daughter besties have in the Stars Hallow gazebo following Lorelai and Luke's wedding, before the final words are spoken, is an eyebrow-raiser. Lorelai reassures Rory that she will find real love one day; she even teases her by asking her to get married so they can both do "married woman things." Though Lorelai and Rory have never been strangers to boy talk, Lorelai has always been a huge advocate for independence, especially when it came to her daughter. The most obvious example of this was when Lorelai disapproved of Rory and Logan's relationship, particularly Logan's marriage proposal. Though Lorelai refused to tell Rory how to decide, viewers could see that Lorelai was unhappy with the idea of her daughter marrying at the young age of 22.

Don't get me wrong, though; love, marriage, and children are beautiful life events that were bound to be discussed by our beloved Gilmore Girls — it just seemed that A Year in the Life only focused on these three themes. They would pop up when least expected, much like the many times Kirk's character appeared unannounced. While Sherman-Palladino once argued that characters like Rory shouldn't be defined by her love interests, I couldn't help but hope that the same can be said about Rory, Lorelai and Paris plotlines in Gilmore Girls: A Year in the Life; that marriage, children, and the male gaze wouldn't define the characters fans got to know and love for seven long, heavily caffeinated seasons, at least not enough for them to throw their principles out the window. But for me — and I suspect for a lot of feminist fans like me — Gilmore Girls: A Year in the Life just didn't live up to those hopes.

Celebrity News
Anne Heche's Upcoming Movies and TV Shows, From "The Idol" to "Girl in Room 13"
by Eden Arielle Gordon 6 hours ago