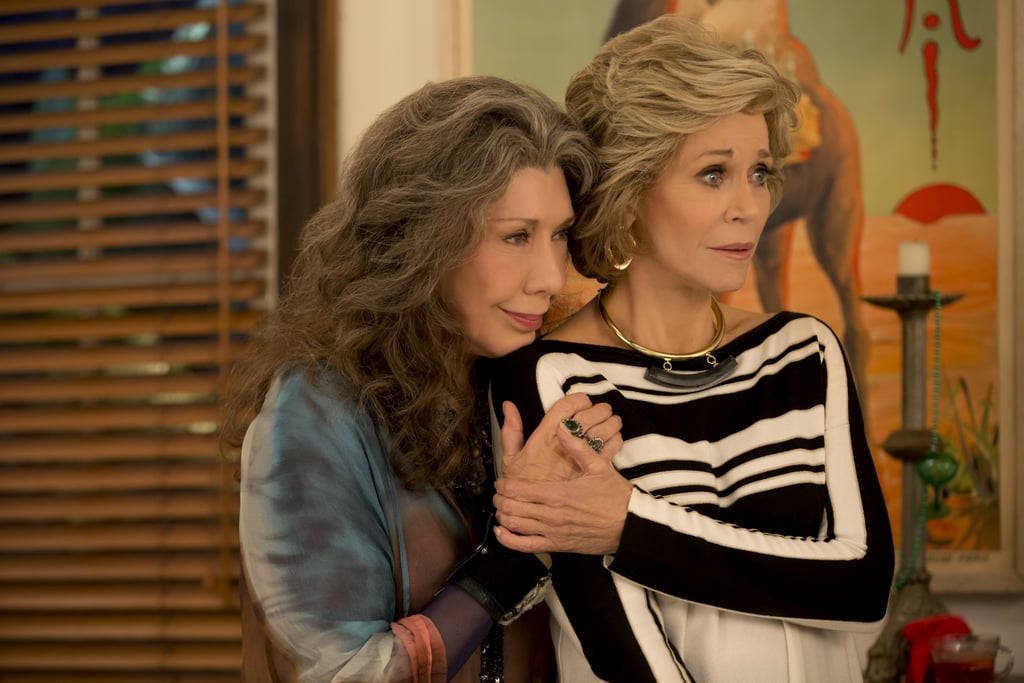 Why Haven't You Watched Grace and Frankie Yet?

The second season of Netflix's comedy series Grace and Frankie hits the streaming service this week. Even though we're sure you've said to yourself, 'I do love Lily Tomlin,' you may have also thought, 'Not for me' about the show. To be fair, the comedy, about two women in their 70s (Tomlin and Jane Fonda) whose husbands reveal they're gay and leave them for each other, does look like it skews older and might not be as appealing as say, Unbreakable Kimmy Schmidt. However, if you dismissed the new series as a modern Golden Girls, I have some reasons you should reconsider.