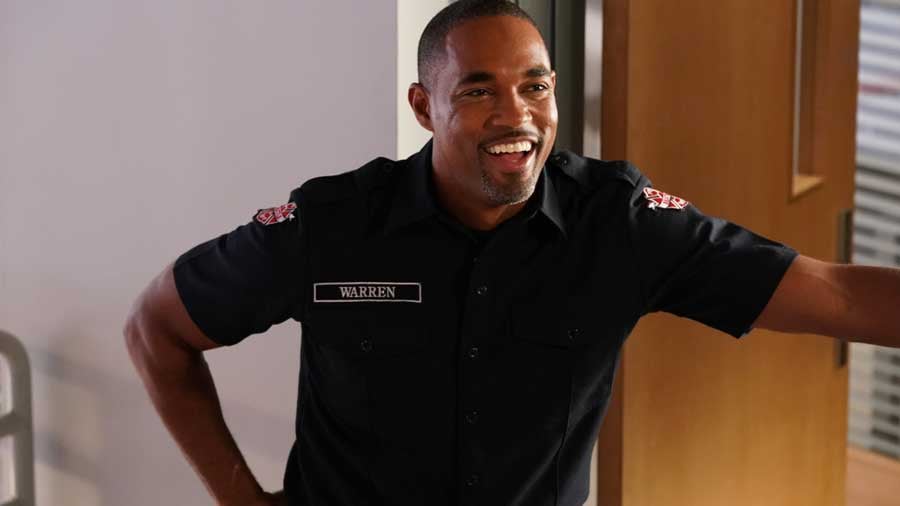 The Shondaland universe on ABC is expanding on March 22 with the premiere of the as-of-yet untitled Grey's Anatomy spinoff starring Jason George, who is reprising his role of Ben Warren. The surgeon is trading his OR scrubs for fireproof clothing — and the actors want you to know that they really are wearing and using extremely heavy firefighter gear and props, which real firefighters trained them on how to use properly.

"It's all real gear. Everything we're wearing is actually up-to-snuff, firefighter gear," star Okieriete Onaodowan told me at the 2018 Winter TCA press tour. "A week before we started shooting, we all trained with firefighters. The great thing about it is having access to a firefighter in an intimate way, you ask questions and you pick up on things that you wouldn't even think just by being around them and going through the drills. We learned a lot about what it takes, and for people who don't know, a lot of it is very much mental. . . . [With the training] you get to understand what it takes for someone to want to do this and have that patience to just wait to jump and put their lives on the line. It's kind of dope."

Star Barrett Doss added that the training helped them learn "how to work as a team."

"Getting a chance to work together and get physical and sweat, it makes it fun and breeds a sense of competition that I think we all have enjoyed so far," she said, prompting her costar Jay Hayden to call her out.

Related:
A Ton of Photos From the Grey's Anatomy Spinoff Are Here — Including 1 With Meredith

"She only says that because she's the fastest," Hayden interjected, which set off a cacophony of the actors arguing over who could put on their firefighter gear the fastest. 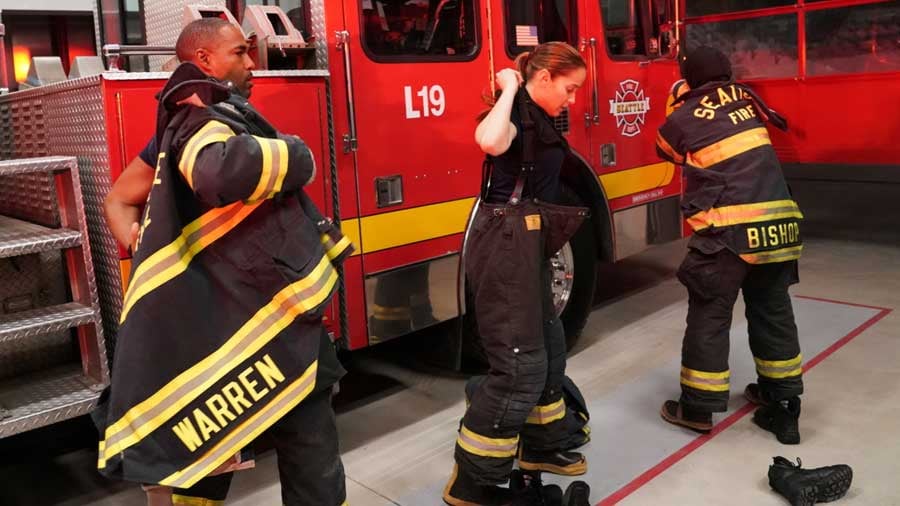 "We have to do it in under a minute, and the females came out in first place," revealed Jaina Lee Ortiz, to which Jason George replied, "Not every time! Not every time!"

And the men were full of reasons they weren't faster than the women at putting on their gear.

"There was something wrong with the zipper — my zipper was messed up," said Hayden.

"I never did it with anything that fit," added Onaodowan. "Apparently I'm a large human being, and I didn't know this. They never had a jacket that actually could fit me, so I was always working with a coat that was a size or two too small." 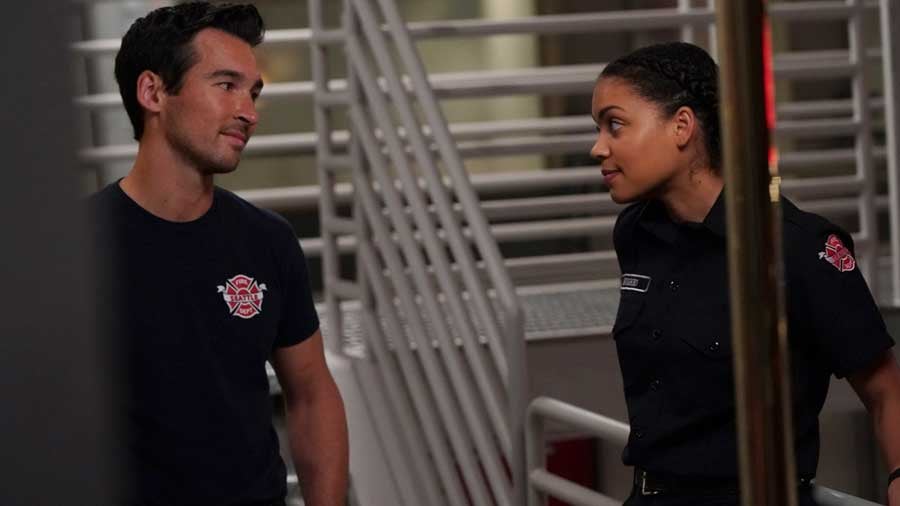 But what it boils down to is the show is striving to make the fires and the firefighters as realistic as possible, including shooting scenes with real fire when they can.

"Even the little bit of fire that we would have on set could get pretty hot pretty easily," said Onaodowan. "One day a whole set went up, and it burned a lot more than we thought it would."

Director Paris Barclay added, "We burned down some sets."

But Barclay also said that with today's amazing computer-generated effects, it gives them much more latitude with what they can write and put on screen.

Related:
10 Shows to Stream on Netflix to Ease the Symptoms of Your Grey's Anatomy Withdrawal

"When you see the final pilot, you'll see some things that are fairly large fire effects that if we had done [them] practically would be quite dangerous, which we can do quite easily now," said Barclay.

Actor Miguel Sandoval, who plays the station captain, added that it's quite different working on this show vs. working on L.A. Firefighters over 20 years ago, on which he played an arson investigator who eventually became the captain there, too.

"On that first show I did, we spent every Friday night doing an all-nighter at these apartments near downtown, doing all our fire stunts," said Sandoval. "We had real fire . . . and it was hot, and it was messy, and it was dirty. Now there's this wonderful thing called visual effects, and that takes care of cleaning up a lot of it. Having seen the pilot, I'll tell you it's much more effective. It's fantastic. It looks extraordinary."

Netflix
If You're in Need of a Laugh, These Are the 30 Best Comedy Specials on Netflix Right Now
by Madison Tyler 6 hours ago

TV
Legends Only! Remy Ma Is Joining ABC's Queens in a Recurring Role
by Princess Gabbara 11 hours ago