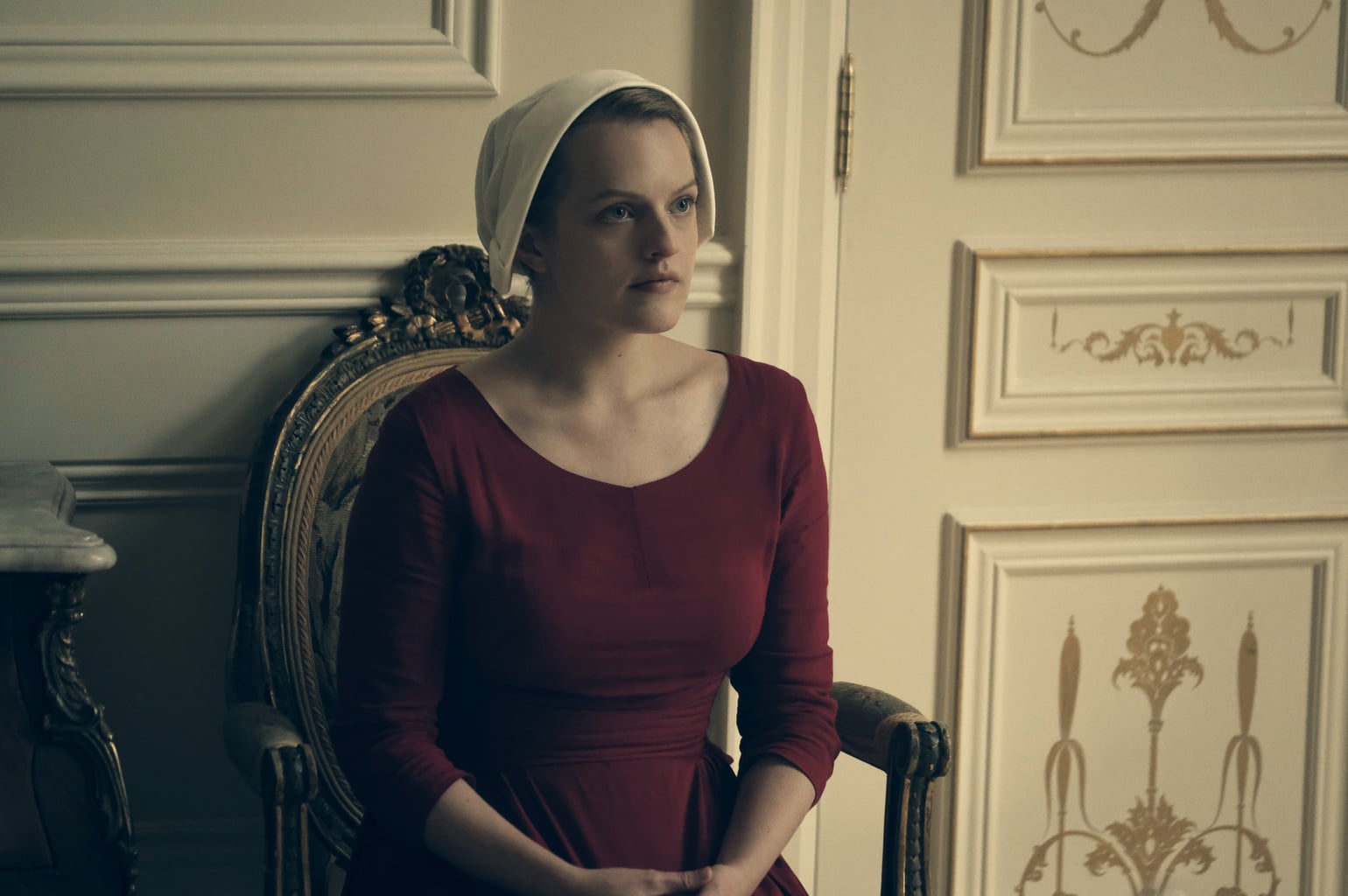 Hulu's adaptation of The Handmaid's Tale is tense, darkly terrifying, and a brilliant ode to Margaret Atwood's 1985 feminist novel of the same name. The drama tells the story of life in the dystopian Republic of Gilead, specifically the one of a handmaid named Offred (Elisabeth Moss). She desperately tries to survive life as a handmaid — a caste of fertile women forced into sexual servitude to help repopulate the world — and find the daughter who was literally ripped from her arms, all while navigating the dangerous, restrictive, and uncomfortably familiar world of Gilead. While the show sticks incredibly close to Atwood's original story, there are a few key differences fans of the book should keep an eye out for. Warning: Mild spoilers throughout.

1. The Wife and Commander who Offred serves look way different.

In the novel, The Commander and his wife are much, much older than they are in the show. He's described as a "gray-haired, neat" old man, whose habit of wearing dark suits makes him look "like a Midwestern bank president." His wife, Serena Joy, is blonde and older, uses a cane, and is former televangelist (think Tammy Faye Messner). In the show, the roles are filled by Joseph Fiennes and Yvonne Strahovski. Both do a great job with their characters, but it's definitely jarring to see them so young (although it does help to somewhat soften the disturbing nature of Offred's relationship with them).

2. Moira is in the Red Center before Offred.

One of the more horrifying aspects of the book concerns the time Offred and Moira spend at the Rachel and Leah Re-Education Center, which is more commonly called "the Red Center" by the women living there. It's where all future handmaids are brought to be indoctrinated with Gilead's misogynistic ideology before they're assigned to a commander. Offred has already been there for a while in the book when Moira — her best friend — is captured and brought in, and her arrival is one of the few things that keeps Offred sane. Moira only stays for a short time before pulling off a daring escape, leaving Offred to wonder what becomes of her. In the show, the characters' roles are reversed; rather than Offred showing Moira the ropes, it's the other way around.

Each of the handmaids are outfitted with small red tags on their ears to presumably track their location, which aren't in the book. 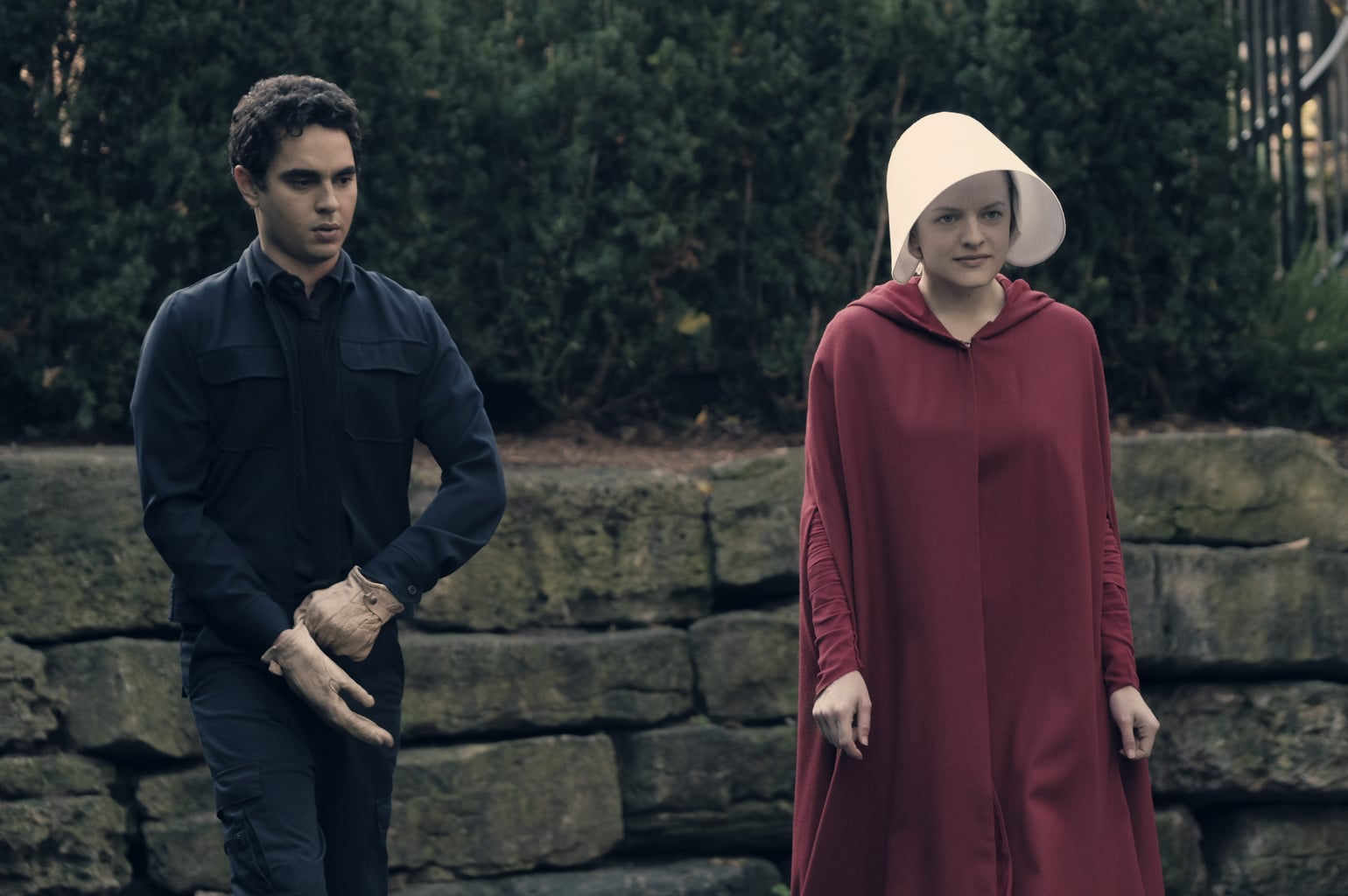 Part of what makes Atwood's novel so tense is the fact that everything Offred says is dangerous. Even if she's spouting the religious phrases citizens of Gilead frequently use ("praise be," "under his eye"), her tone or facial expressions can be construed as harmful and result in fatal punishment. Because of that, her conversations with basically everyone but Ofglen are extremely stilted, so readers only learn about her world through her rich internal monologue. The TV Offred inhabits a world that's a little bit less rigid, featuring plenty of scenes of her chatting (albeit quickly and quietly) with Nick (The Commander's mechanic) and other handmaids in town.

The Commander's home that Offred lives in in the book has two marthas — infertile female citizens who don't rank high enough to be one of the Wives, so they're forced to do domestic work like cooking and cleaning — named Rita and Cora. While Rita is terse and disapproving of Offred, Cora is nicer and holds out hope that Offred will bear The Commander and Serena Joy a child. Although Cora doesn't appear in the show, Rita (played by Amanda Brugel) takes on some of her personality traits.

When the book came out in 1985, things like cell phones, Tinder, and Uber obviously weren't commonplace. The show takes place in the present to very near future, so all of those things are referenced in Offred's flashbacks. In an interview with The Washington Post, Atwood also pointed out that having the show take place in modern times meant introducing "a lot more cursing," because "there's a lot more cursing in real life than there was when I wrote the book."

Gilead uses bible passage Genesis 10:6 (which uses the word "Ham" to signify people of color as "burnt" or "black") as a justification for segregation and racism, calling people of color "Children of Ham" and exiling them from society. In the show, all races are forced to be Marthas or Handmaids (ex: Moira, who is a black Handmaid).

Note: the following differences contain bigger spoilers if you aren't all caught up, so stop reading now if you don't want to know! 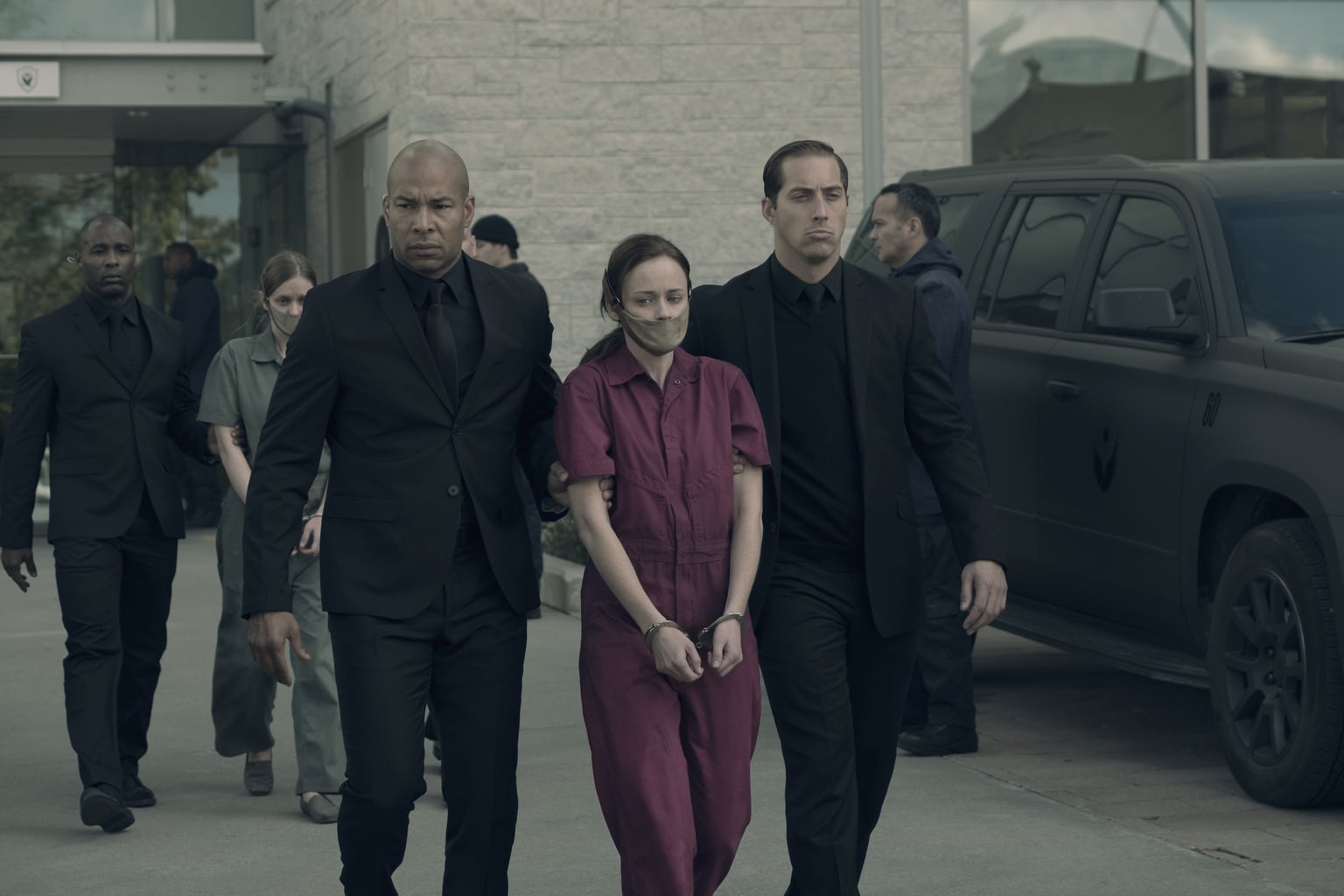 8. Ofglen's situation is much more dire.

Ofglen, a fellow handmaid, is one of Offred's biggest confidantes. Offred is assigned to be her shopping partner, and although she thinks Ofglen is truly pious, she soon reveals herself to be a member of the underground "Mayday" resistance. Unfortunately, Gilead's secret police, The Eyes, find out Ofglen's affiliation with the group, so she hangs herself before they can get to her. The TV version of Ofglen (played by Alexis Bledel) is more fleshed out and actually gets captured by The Eyes (however, she draws their suspicion for a different reason). Let's just say that the horrors she encounters at their hands are unimaginable.

A lot of Atwood's novel is left purposefully vague, but perhaps the greatest mystery of all is Offred's real name. The moniker of Offred literally means "of Fred", ie she's the property of her Commander, whose name is Fred (if she were to die or be replaced, The Commander's next Handmaid would also be named Offred). We see the story unfold though her eyes and hear her thoughts, but she's left anonymous (although fans of The Handmaid's Tale have long speculated that Offred's true name is June, thanks to a few clues in the book). In the final seconds of the show's first episode, there's finally a concrete confirmation of what it is.

10. We find out what happens to Luke.

As the show does with Ofglen, it also beefs up Luke's story. In the novel, we never find out what happens to him after he and Offred are separated in their escape, only that Offred heard a gun shot and assumed he died. He does get shot in the show, but he survives the wound and is picked up by members of the resistance who smuggle him across the border to Canada. While living in "Little America," he gets news that Offred is actually alive (she sends him a note through an undercover rebel, telling him to save their daughter, Hannah).

11. The nature of Offred's affair with Nick.

Offred doesn't have sex with Nick until the end of the book, shortly before she's hauled away by people who may or may not be The Eyes. The hook-up is at the behest of Serena Joy, who suspects her husband is the one who isn't fertile and wants a child at any cost. It happens the same way in the show, but much earlier. Offred sneaks into Nick's apartment above the garage pretty frequently, and forges a deeper connection with him than she has in Atwood's novel. Only time will tell if The Eyes get wind of what's happening and take her away.

Hulu
"The Bear" Star Ayo Edebiri on Cooking, Grief, and Chopping All Those Onions
by Victoria Edel 15 hours ago