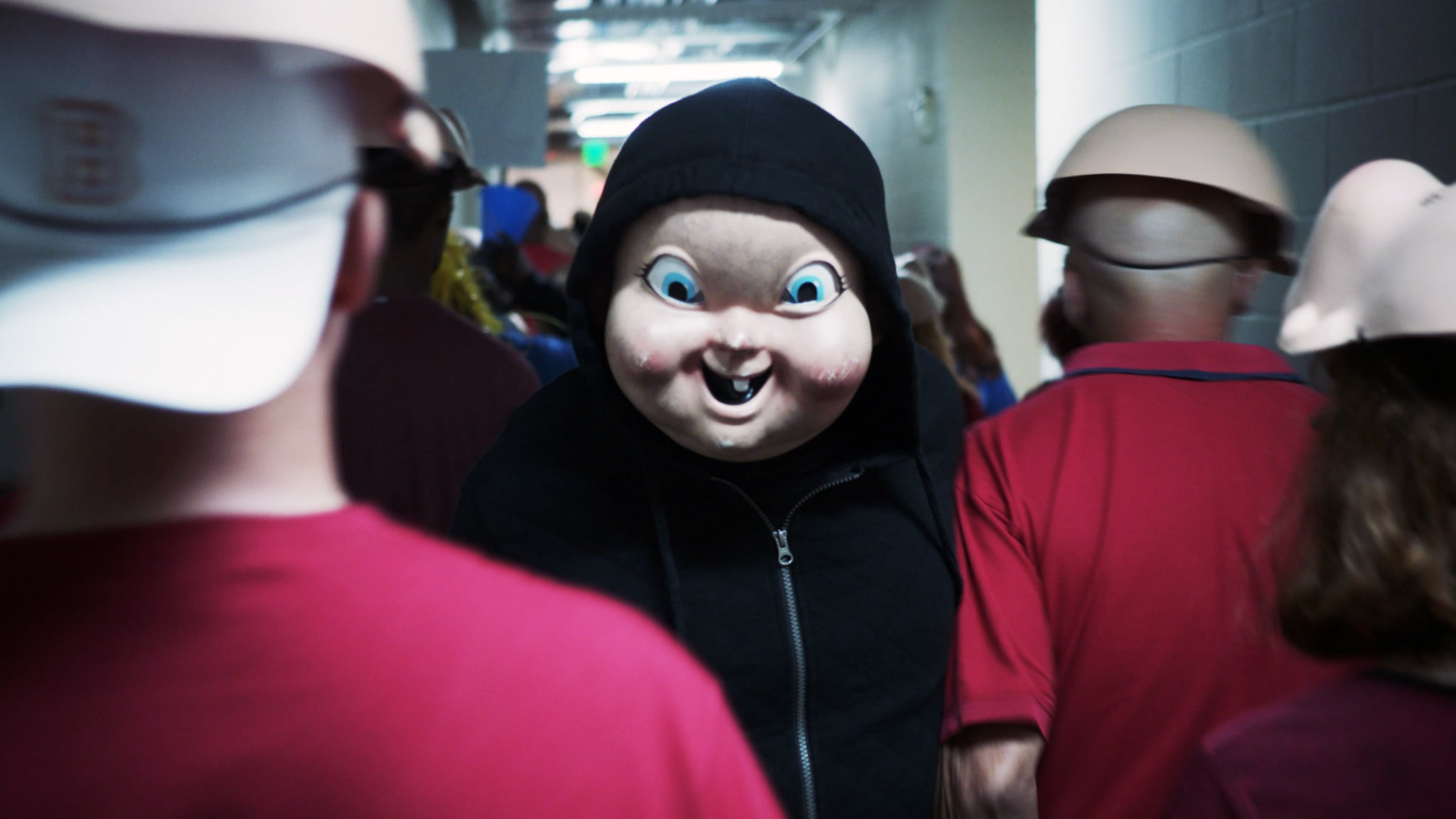 When you consider the fact that Happy Death Day was basically an instant hit that quickly earned a second movie, it's easy to see how the film's sequel, Happy Death Day 2U, is set up for success. After all, the insane trailer promises more insane deaths, plenty of laughs, and more than a few scares. All things considered, it's hard to imagine a timeline (ha) in which writer-director Christopher Landon doesn't get the chance to make a third movie. You may think I'm getting ahead of myself, and on some level, you'd be right. But that's only because Universal hasn't officially signed off on a trilogy. That said, there are a few indicators that are giving us a lot of hope.

The main reason we're pretty confident about a third movie is, well, Landon wants to make one. In an interview with Entertainment Weekly, the creator of the universe said he has a "really bonkers" idea for the third go-round, and that he'd always envisioned this as a trilogy. POPSUGAR was also lucky enough to snag an interview with star Jessica Rothe, who reiterated that Landon had shared an insane final idea with her. "I think he has the whole idea in his head, but he's keeping it close to the chest," Rothe said with a laugh. She also shared an interesting premise idea from her costar Israel Broussard. "The thing that I think is really fun that doesn't give away anything, but Israel said yesterday, is he was like, 'Well, it seems to me there's an obvious progression: Movie one: Tree saves herself. Movie two: Tree saves her friends. Movie three: Tree saves the world?' So I actually have no idea if that's it, but I'm gunning for that. That's my superhero movie."

For the record, though, Rothe is 100 percent down to make a third film. In fact, she may be just as enthusiastic as the director himself. "All I know is, whatever I'm expecting, it will be completely different from anything I could ever imagine," she told us. "I also know and trust that it will be the appropriate bookend to this wonderful journey we've gone on with these crazy people." But first, let's all make Happy Death Day 2U a hit, right? See the movie so we can watch the epic conclusion to this absolutely wild ride.

Movie Trailers
Margot Robbie, Taylor Swift, and Anya Taylor-Joy Are All Starring in a Movie Together
by Eden Arielle Gordon 8 hours ago