For so long, all we've had to look at from The CW's upcoming DC's Legends of Tomorrow was the cast photo — but The Atom (Brandon Routh) is the only one outfitted in his hero costume. Fear not! Even though the show isn't premiering until midseason, The CW has released the first image of Falk Hentschel as Hawkman (aka Carter Hall) and Ciara Renée as Hawkgirl (aka Kendra Saunders). They either look badass or ridiculous, depending on how into the DC universe you are. As a fan of both Arrow and The Flash, I'm going with badass. 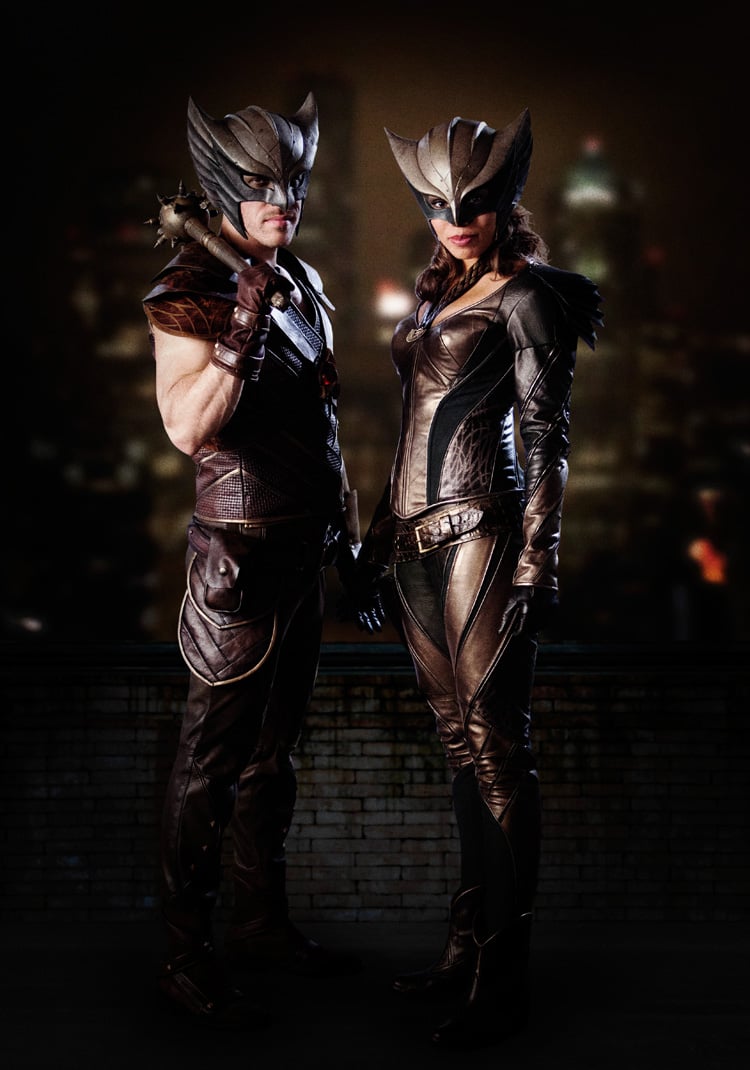 Books
Obsessed With HBO's "The Time Traveler's Wife"? Here's What Happens In the Book
by Megan Hippler 7 hours ago