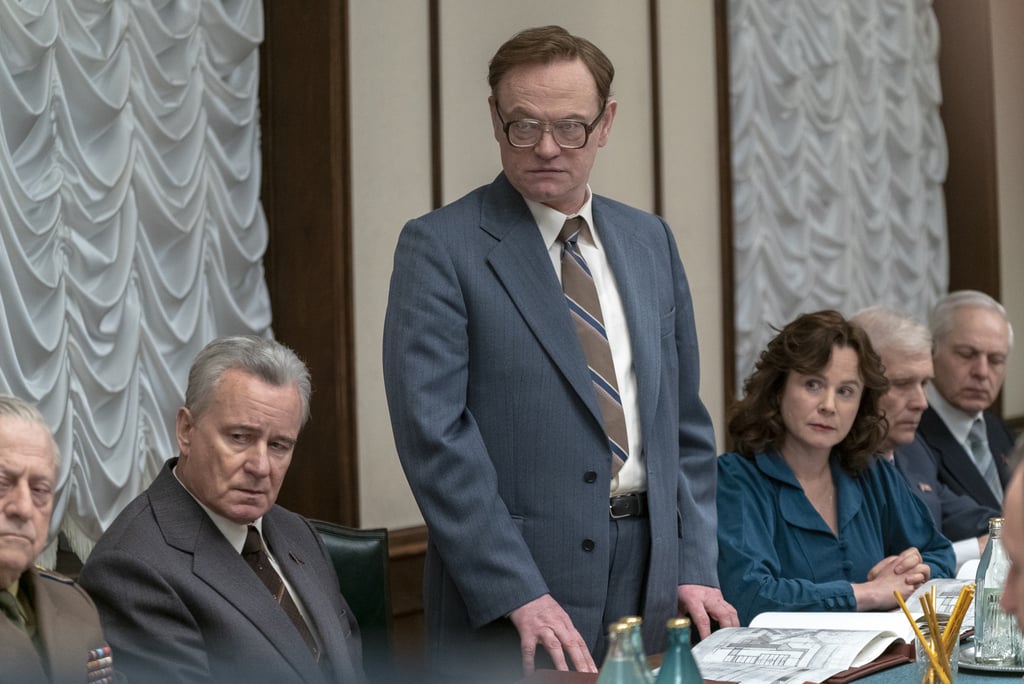 Are You Watching Chernobyl Yet? Because It's Currently IMDb's Highest-Rated Show on TV

Everywhere I've gone lately, all anyone seems to want to talk about is Chernobyl. With Game of Thrones now officially over, HBO's latest miniseries — which follows the immediate aftermath of the catastrophic explosion at the Chernobyl plant in Ukraine — has audiences hooked. Just in case you're still on the fence about watching the historical drama, which is currently three episodes in, I have another tidbit of information that might sway you: Chernobyl is currently ranked as IMDB's highest-rated TV series in history. In history, people!

Although there are still a few more episodes to go in the series (scratch that — only two episodes remain), clearly the people have already spoken. IMDB's fan voting system isn't perfect, obviously, but a pretty significant amount of audience members have felt compelled to vote the series into the top spot, which certainly bodes well for the show. And it makes a lot of sense. Chernobyl is not only a painstakingly authentic retelling of the harrowing events, but it's also stunningly shot and produced, with phenomenal acting from leads Jared Harris, Emily Mortimer, Stellan Skarsgård, Jessie Buckley, and more.

If you happen to be curious about which other shows occupy the top 10, we've gone ahead and rounded them up. While recent hits like Game of Thrones and Breaking Bad are on the list, there are also a few surprising choices. Check them out, below!

Related:
HBO's Chernobyl Is Based on the Lives of These Real People
Previous Next Start Slideshow
Game Of ThronesTVChernobyl