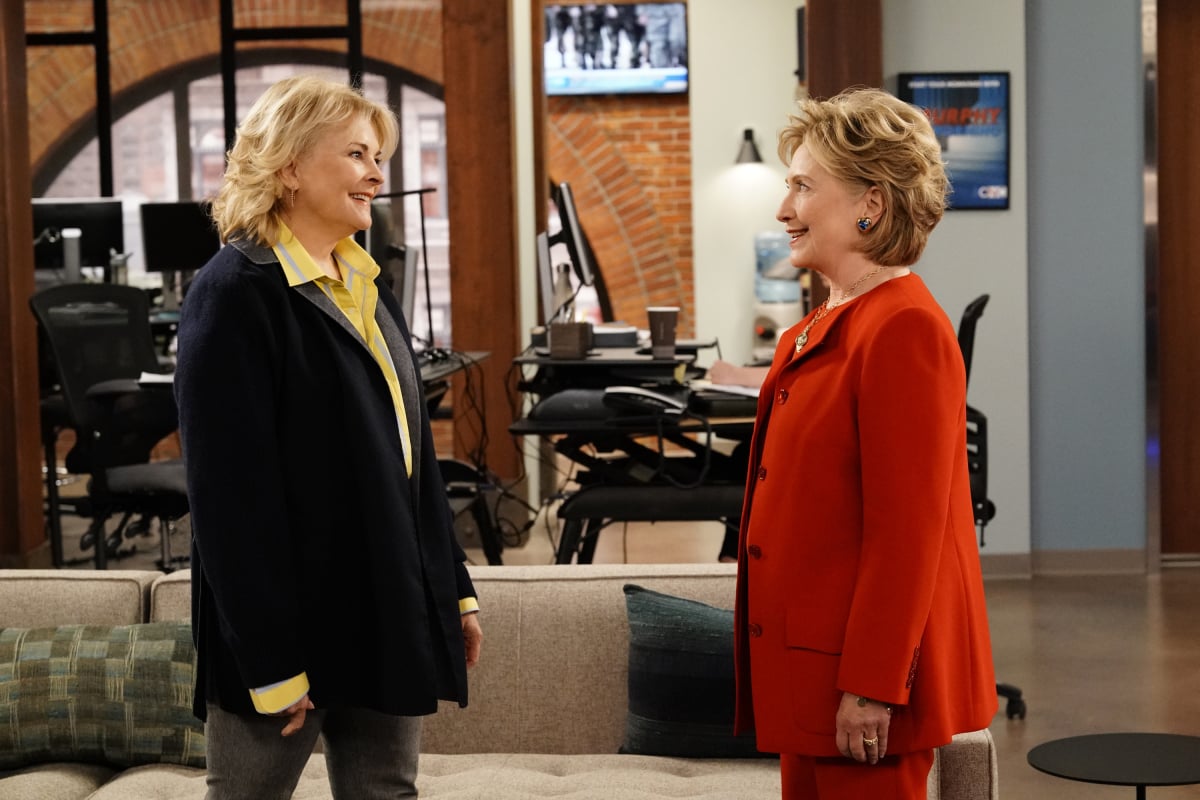 The revived Murphy Brown aired its first episode in over two decades on Thursday and had one hell of a special guest star! Former Secretary of State Hillary Clinton makes a brief appearance where she applies for a job as — what else? — a secretary.

Hilary (yes, that's Hilary-with-one-L) Clendon comes in for an interview with Brown (Candice Bergen), but it's fairly obvious that it's really Clinton "looking" for a new job. The lighthearted jokes about her four years as a secretary, her overqualification, and her experience with emails are a little bittersweet considering what else was happening that day, but we have to admit, the former presidential candidate has impeccable comedic timing.

As "Hilary" hands Brown her card and takes her exit, Brown reads her email address out loud: "hilary@youcouldhavehadme.com." Burn, America. Watch the scene below.