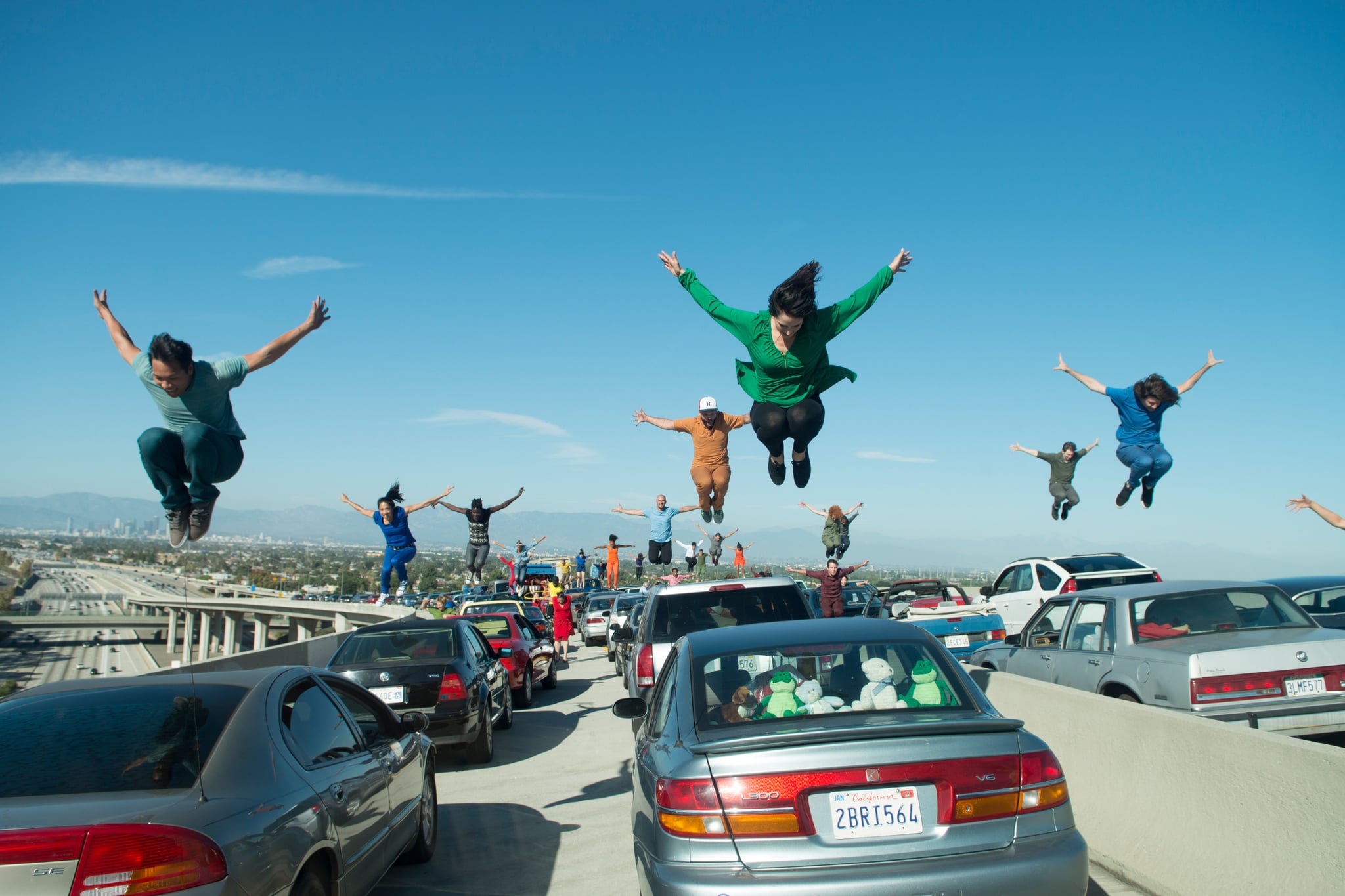 As one of the most romantic and transformative films of 2016, La La Land is filled to the brim with whimsy and magic. Even without seeing the film, the gorgeous musical soundtrack and fanciful trailers are enough to give you a sense of what you're in for. Perhaps the most thrilling aspect of La La Land, in this respect, is that it wastes no time plunging audiences into its rose-tinted musical wonderland. We're talking about the opening sequence: during a particularly grueling freeway traffic jam on a hot Summer day (a dead-on representation of LA if I've ever seen one), a chorus of drivers emerges for an epic song-and-dance number right on the rooftops of their grid-locked cars.

There was always the chance that a feat of this magnitude could have been pulled off with elaborate sets and a soundstage, but that's not the case here. In a new chat with Entertainment Weekly, director Damien Chazelle explains how they pulled off the musical number . . . right on the very highways of the city itself. We've pulled the main highlights to break own how he made it happen.