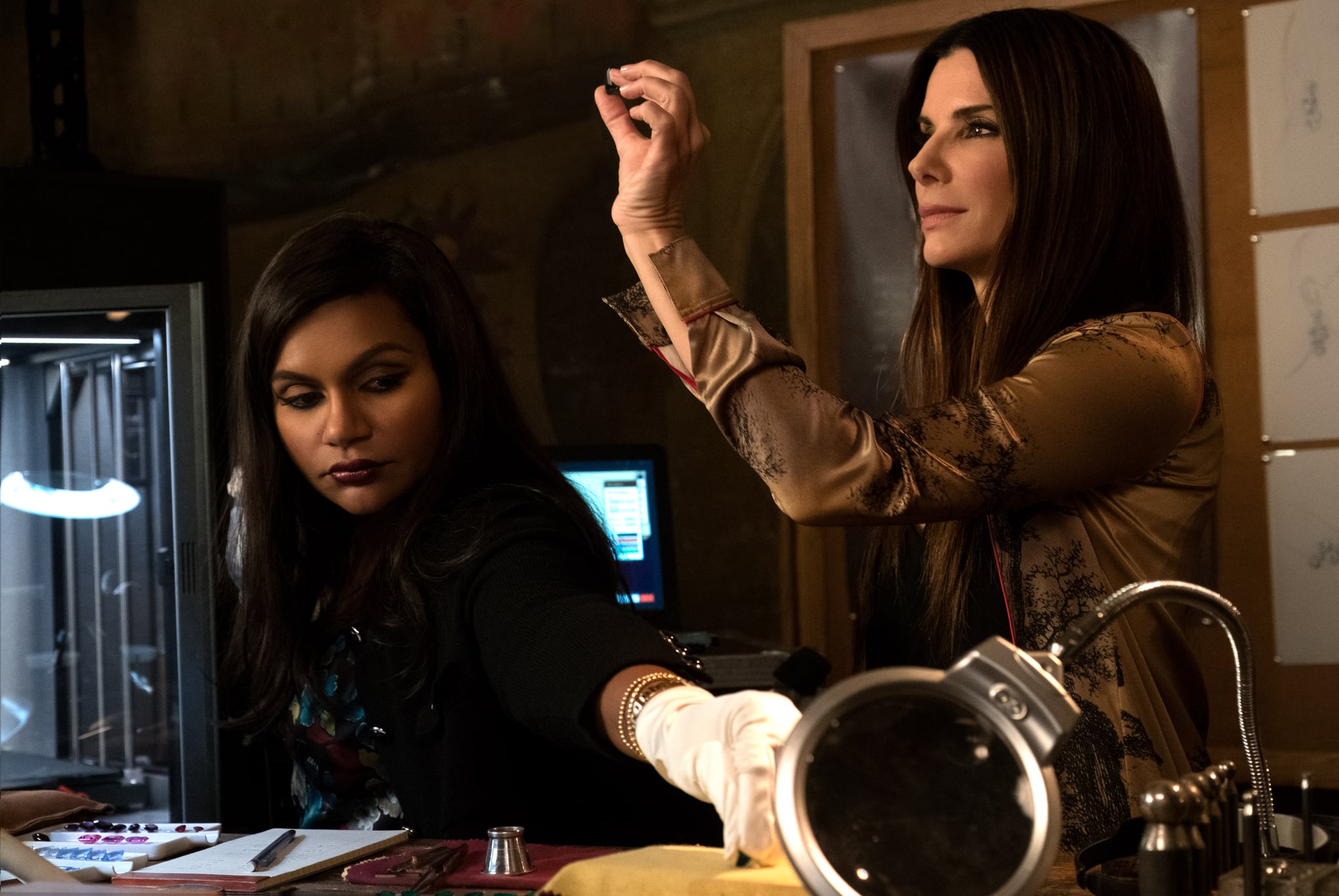 We always knew Ocean's 8 was going to connect to the other Ocean's movies somehow. After all, the trailers for the film made it clear that the main character's name is Debbie Ocean, which isn't far off from the Danny Ocean (aka George Clooney) we meet in Ocean's 11, Ocean's 12, and Ocean's 13. And, I mean, we see Danny Ocean's grave as well. That's why it comes as no surprise that this film takes place in the same universe as all the other ones. But if you're wondering how exactly it fits in with its predecessors, we're happy to break it down for you. Here are all the ways, big and small, that Ocean's 8 connects to the original.

The natural starting place, of course, is the man himself: Danny Ocean. We learn very quick that Debbie is the sister of the deceased Danny Ocean, so there really aren't any questions about where she comes from. And, since Danny is dead and his grave is marked with 2018, we can assume this is the last movie in his original Ocean's timeline. Throughout the course of the film, Debbie also seems pretty skeptical about her brother's death. She even insinuates that he may be alive on more than one occasion. By the end, though, there's no sign of George Clooney, which makes us think Danny is gone for good. We like Debbie better anyway. (Sorry, Danny.)

But wait! There's more! While Danny seems to be gone for good, there are a couple other old ghosts from the past who pop up. We also get a visit from good ol' Reuben Tishkoff (Elliott Gould), who appears in all three previous Ocean's movies. And the Met Gala heist features one very special cameo by Shaobo Qin as Yen, the acrobat who really shines as the star player in each of the three other films. Without giving too much away, Yen's up to his old tricks again.

As far as the connections go, that's about it! It's worth noting that Matt Damon was set to make a cameo, but his spot ended up on the cutting room floor. Still, we can't help but wonder what will happen if Ocean's 8 gets a sequel. We imagine we may see a few more familiar faces (*cough* Brad Pitt *cough*).

Downton Abbey
A Look Inside the Real Villa Rocabella From "Downton Abbey: A New Era"
by Hedy Phillips 11 hours ago