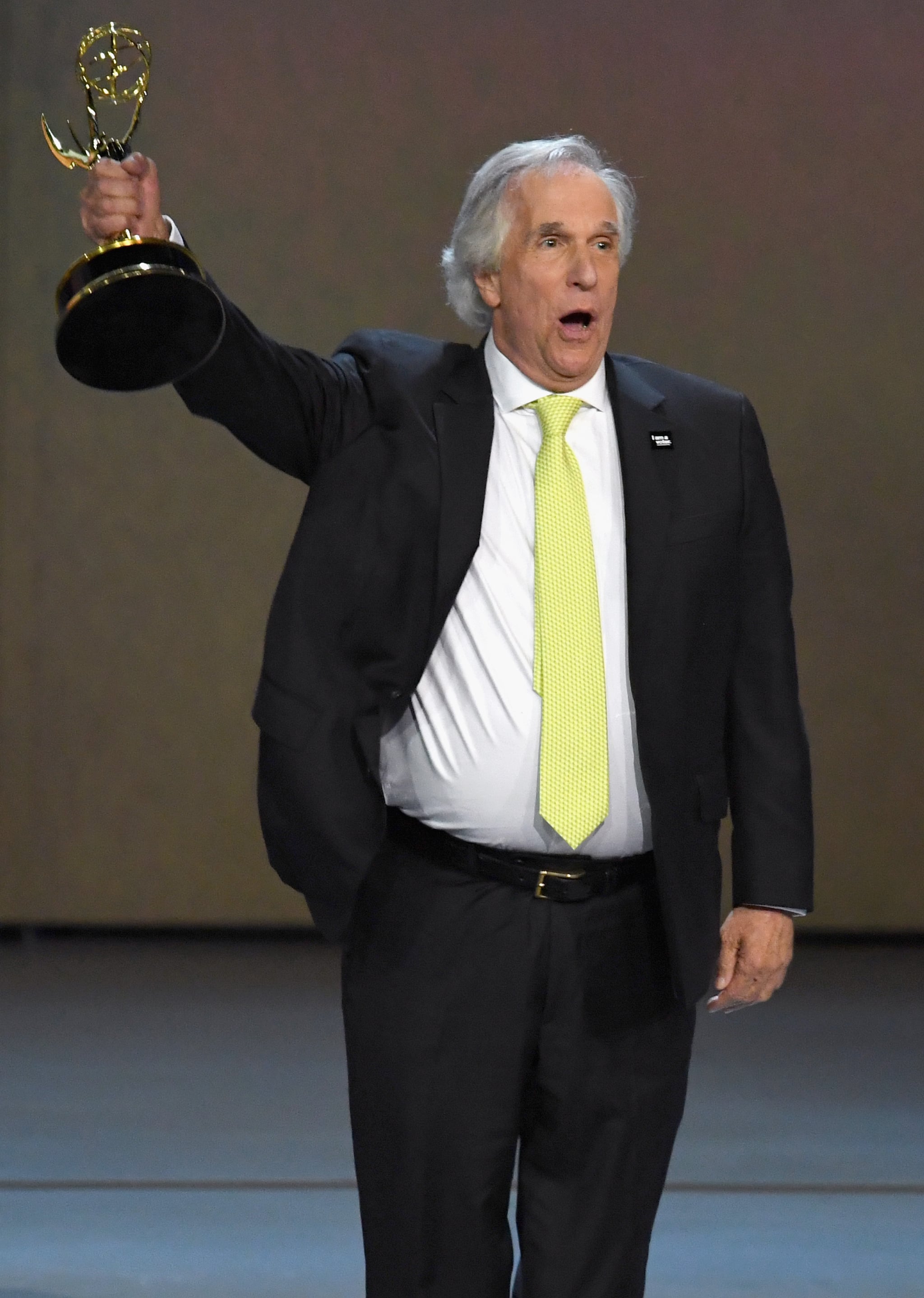 Henry Winkler is pretty much a Hollywood legend. Beloved since his days as Happy Days's Fonzie, he's always been a fan favorite. That being said, he doesn't often show up on lists of "acclaimed" actors quite as much. His supporting actor in a comedy Emmy on Monday night (for the Bill Hader-led series Barry) definitely cemented him among actors who deserve respect for their craft as much as for their popularity. But has he ever won an Emmy before?

Winkler did technically win an Emmy before, but not a Primetime Emmy Award. He won two Daytime Emmys (one in 1995 and one in 2005) for his children's programming work. Surprisingly, he never won an Emmy for his role as Fonzie, but he was nominated three times for the very award he won on Monday night: supporting actor in a comedy series. He did, however, win two Golden Globes for Happy Days.

As Winkler said in his very sweet acceptance speech, persistence is key. "If you stay at the table long enough, the chips come to you. And tonight, I got to clear the table!"

TV
11 Ways WandaVision Could Lead the MCU Into a Wild Era of Mutants, Magic, and More
by Mekishana Pierre 19 minutes ago

Netflix
Everything to Know About the Changelings in Fate: The Winx Saga
by Camila Barbeito 39 minutes ago

Award Season
Sound of Metal Isn't a True Story, But Riz Amed Worked to Make It Feel Realistic
by Amanda Prahl 1 hour ago