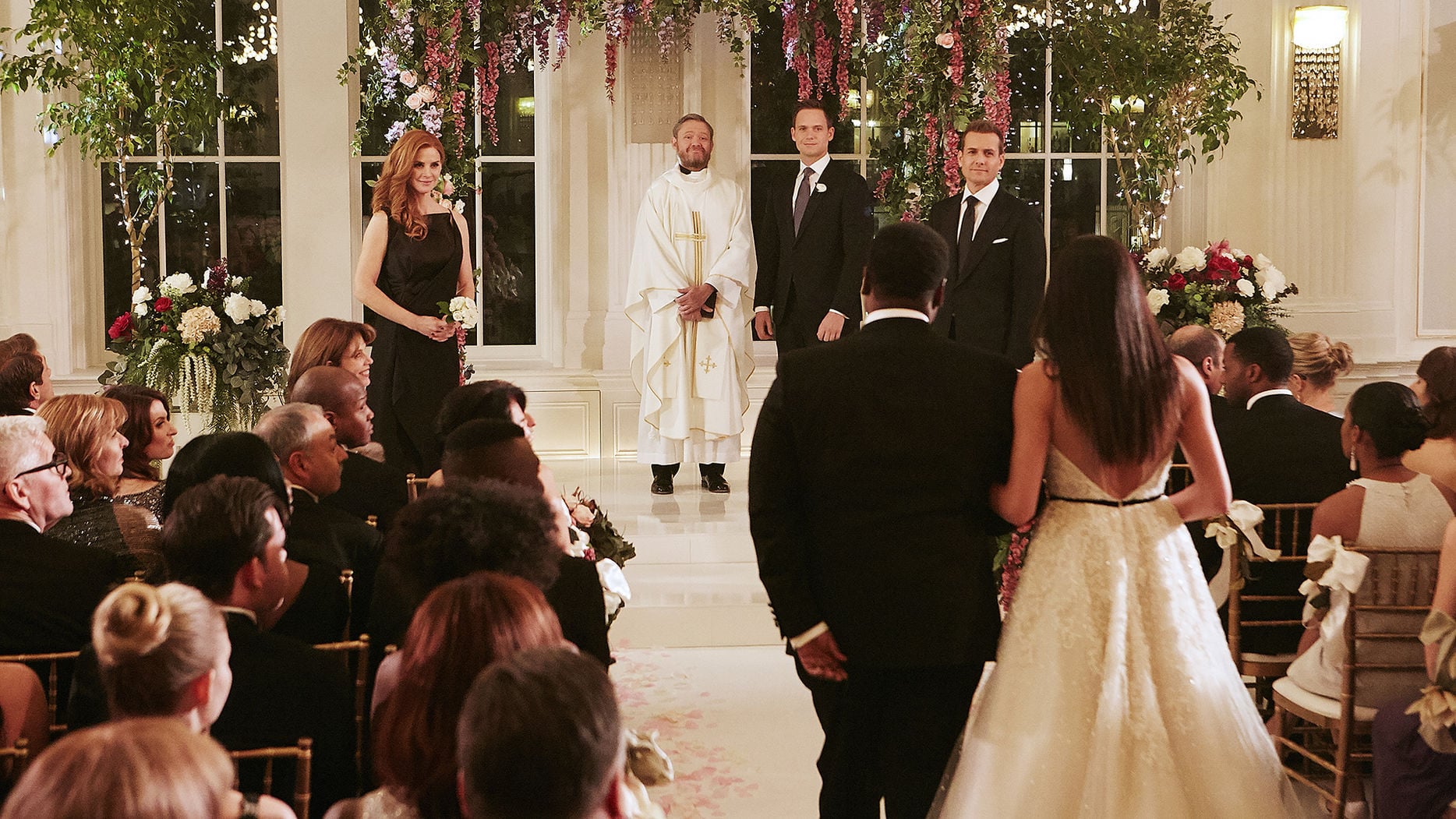 As Meghan Markle gears up for the highly anticipated royal wedding set to take place on May 19, her Suits character Rachel is getting closer and closer to making her departure from the USA drama series. After a solid seven-year run, we're sad to see the shining star leave the small screen, but we have a few clues as to what will be happening to Rachel on the April 25 finale.

In a recent interview with The Hollywood Reporter, Patrick Adams (aka Mike) explained that there will likely be a happy ending for the couple. He explained:

"A lot of times when actors leave shows, a gun gets pulled out in a courtroom or something. Without spoiling too much, yes, I think Mike and Rachel are two characters that there has never been any question that they're in love and that they're meant for each other and that they're willing to go to great lengths and sacrifice a ton in order to keep their relationship going. It just so happens that the timing of how I was feeling [about leaving Suits] and what was going on in Meghan's life created an opportunity where there was no need to force some conflict or tear Mike and Rachel apart. It allowed us to go on to whatever happens next for Mike and Rachel together."

The other day, USA further hinted at this happily ever after, teasing photos of Rachel and Mike at their gorgeous wedding ceremony. 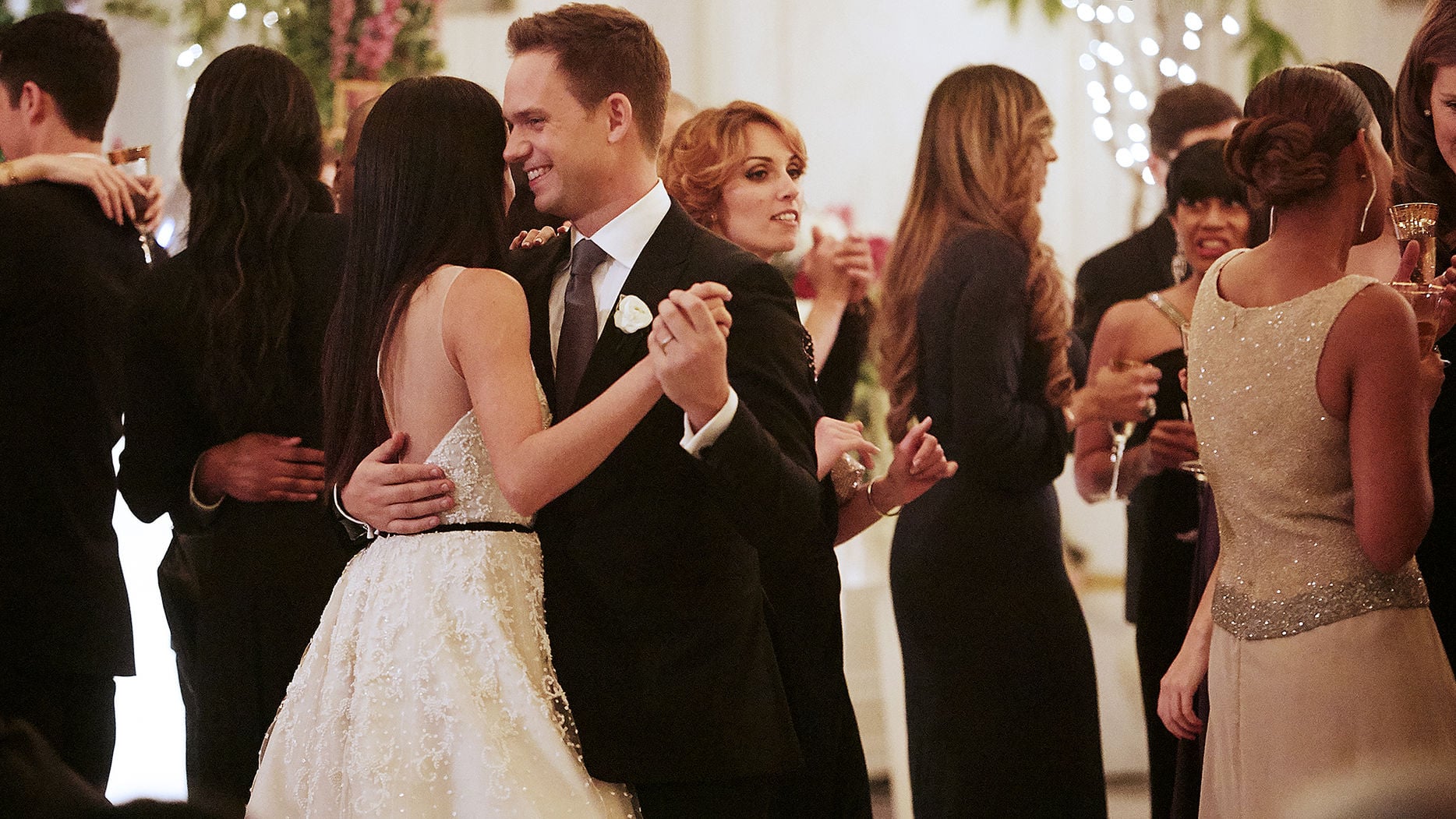 In last week's episode, the two contemplate their futures together as they prepare for the big day. Both agree that leaving New York City would be a likely next step for them, presenting exciting new possibilities in a game of "bullsh*t."

Mike envisions a happy life in the beautiful scenery of San Diego, saying, "I'll get a job running a clinic. We surf every morning. Work two hours a day and love each other all night." Rachel has her sights set a little further out on a scenery just as beautiful, if not more. "Iceland. I've been there before. It's one of the most beautiful places in the world, and living there for a year would be the adventure of a lifetime."

While we don't know if these visions are romanticized fantasies, or actual possibilities for the couple, we think it's safe to assume they'll ride off together into the proverbial sunset, when it's all said and done. And while we're happy for Rachel and Megan's real-life wedding, we can't help but be a bit sad that we'll no longer be seeing her onscreen chemistry with Mike.

And the fans feel the same way!

What will we do w/o Mike and Rachel 😖😖 #Suits

We're asking ourselves the same questions, and will have to tune in to the finale to see exactly how things end up. But what we do predict is that whether the couple ends up spending their time in paradise, or they go somewhere more practical, and focus on building their relationship and family, Rachel and Mike will have a very happy future together.